EVERTON are closing in on their next managerial appointment with Nuno Espirito Santo the leading contender, according to Betfair.

The Toffees are searching for their SIXTH permanent appointment in five years having been left stunned by Carlo Ancelotti's sudden departure. 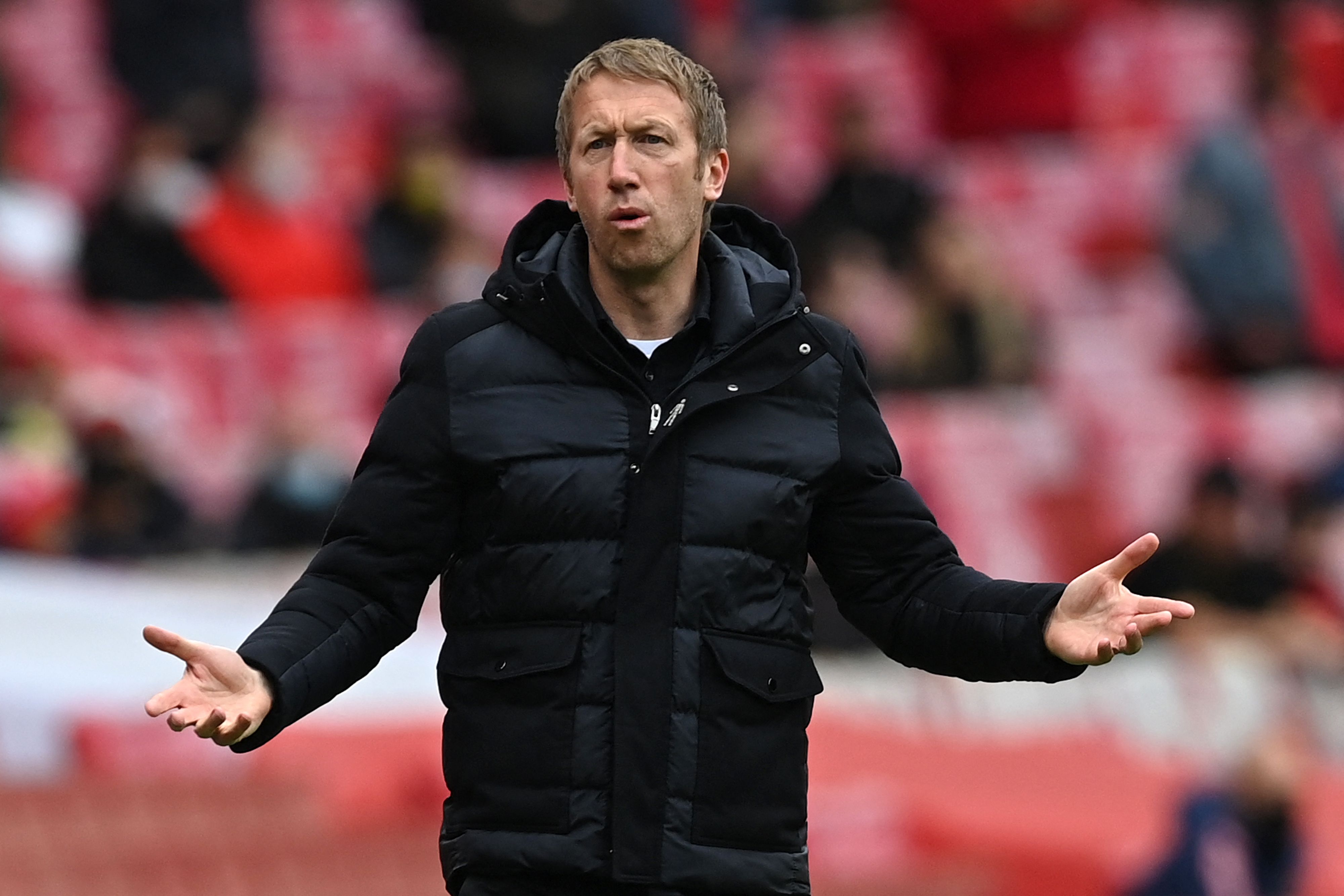 Ancelotti, 61, swapped Merseyside for Madrid after 18 months in charge.

The Italian signed a three-year deal to replace Zinedine Zidane at the Bernabeu, despite having three years remaining on his contract.

There are plenty of big names being linked with the vacant position, but Espirito Santo is the odds-on favourite at 4/6.

Nuno is also among the bookies' favourites for the Crystal Palace job and today sent tongues wagging when liking a tweet asking for Nuno to be appointed at Selhurst Park.

And talks have now been scheduled with Nuno, who left his role at Molineux after the 2020-21 campaign.

The 47-year-old is an attractive option given his top-flight experience and free agent status.

He guided Wolves from the Championship to the Premier League during his tenure and achieved successive seventh-placed finishes.

There's a new name in the frame with Brighton's Graham Potter coming in for heavy support in the betting market.

The highly-rated Englishman, who is contracted until 2025, was priced at 16/1 but those odds have come tumbling in to just 5/1.

He's now the second-favourite for the vacant position at Goodison Park.

Eddie Howe is next in the betting market, but his odds have drifted markedly from 5/2 to 6/1 over the last 48 hours.

He's closely followed by a familiar face in West Ham boss David Moyes, who is available at 7/1 having been 6/1.

Everton finished 7th or higher in eight of the Scot's full seasons in charge – achieving that with a lower budget than any of his successors.

However, West Ham are confident that Moyes will sign a new three-year contract extension at the London Stadium with talks believed to be at the advanced stages.

Rafael Benitez is priced at 9/1 with assistant manager Duncan Ferguson offered at 11s having turned down a role with Ancelotti at Real Madrid in favour of leading Everton.