ALEKSANDAR MITROVIC not only scored a last minute winner to condemn Portugal to the World Cup play-offs, but football fans also think the striker aimed a sly dig at Cristiano Ronaldo.

Mitro netted in the last minute to send Serbia to Qatar 2022 and celebrated after the game by enjoying a can of Coke in his PANTS. 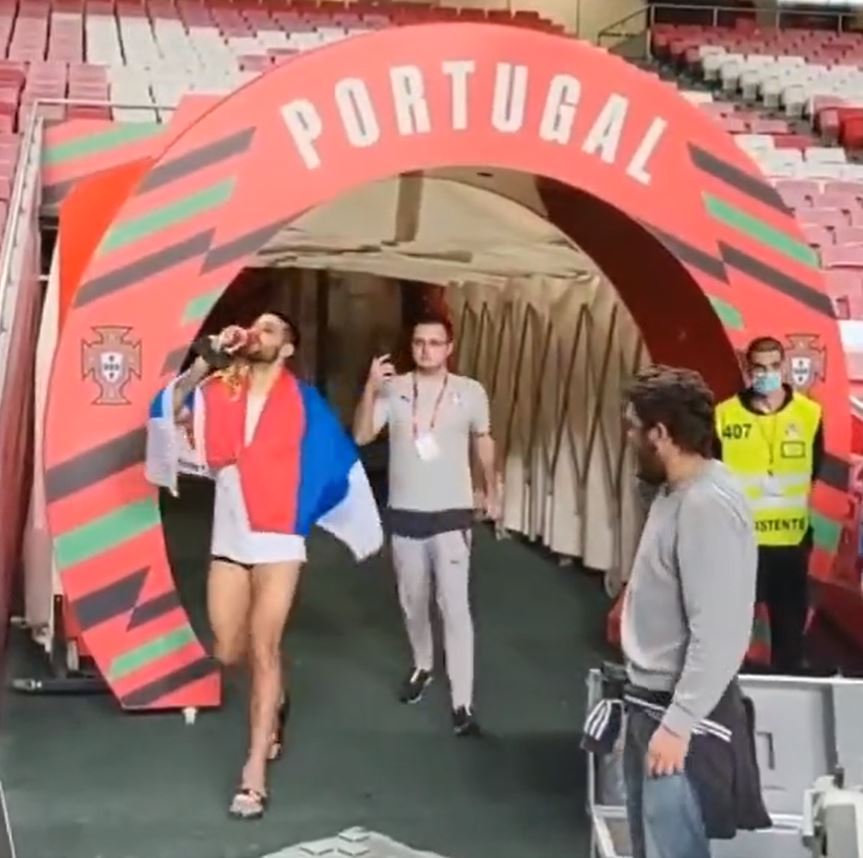 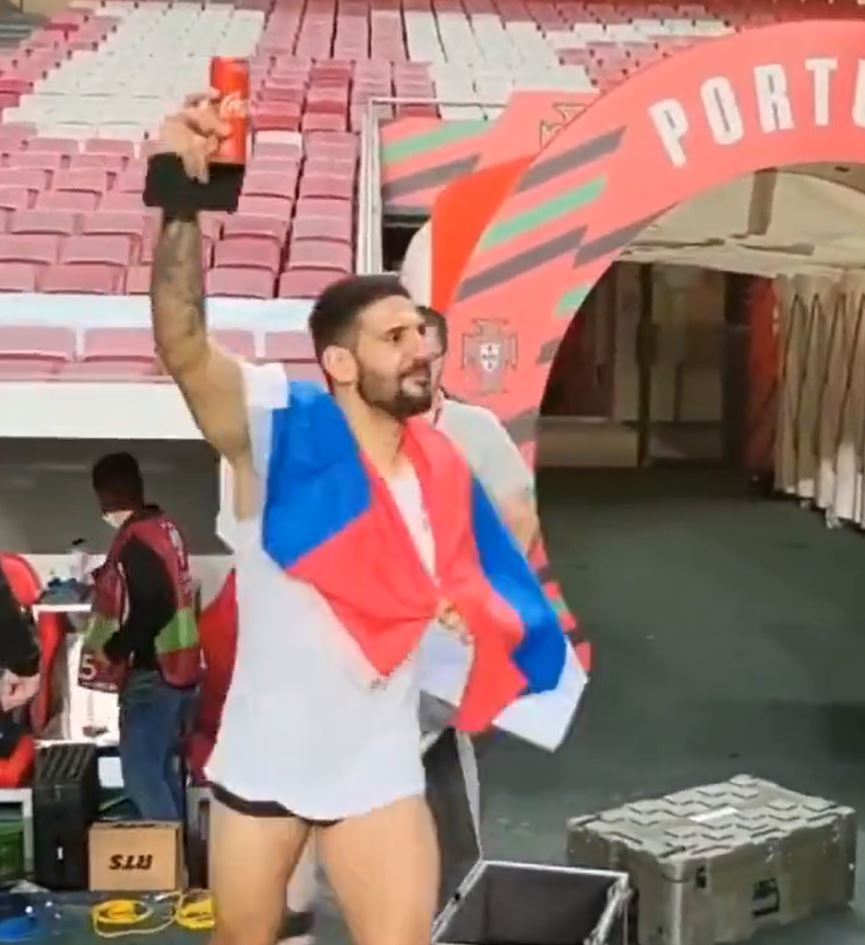 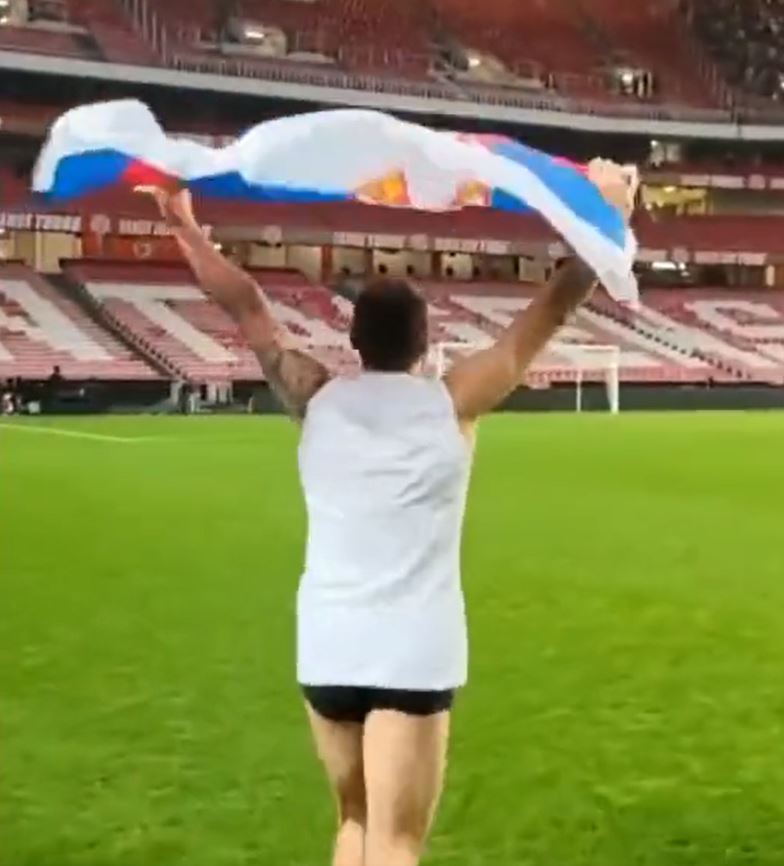 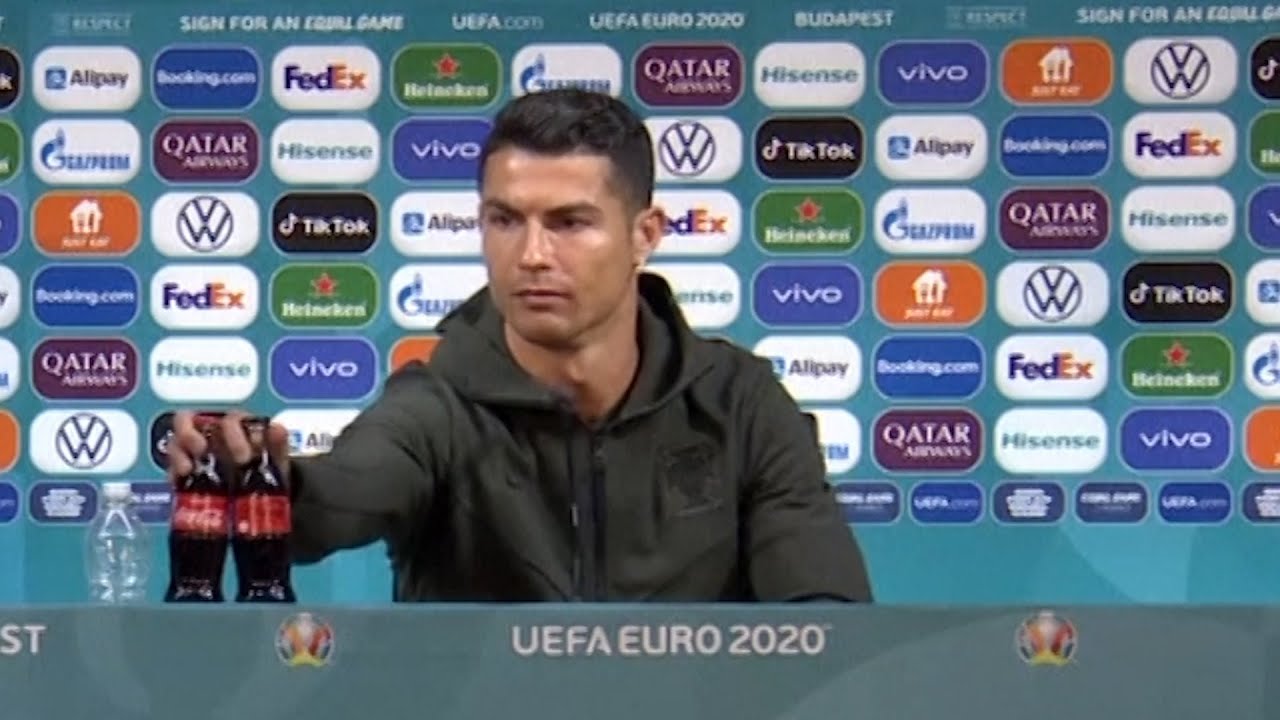 The striker emerged onto the empty pitch in Lisbon and ran over to the small section of Serbia fans holding the can of Coke aloft.

And some are convinced it's a cheeky reference to Ronaldo's coke snub at Euro 2020.

One fan replied to the video of Mitrovic by tweeting a gif of Ronaldo's snub with the caption: "Bantz," followed by a laughing emoji.

Cast your minds back to the summer and the Portugal skipper appeared to take offence when presented with Coke bottles at a press conference.

Wearing a bemused expression, Ronaldo grabbed the two containers of fizzy pop that were placed in front of his microphone before moving them out of sight.

Instead he told the watching world to to 'Drink Water!' as he sat down.

And in doing so CR7 wiped a staggering $4BILLION off Coca-Cola's market value.

But Mitro seems to have suggested you can still score goals while having the luxury of a cold can of Coke.

And footy fans continued to lap it up, with one laughing: "As if to show @Cristiano that you can drink coke and keep scoring."

Ronaldo's Portugal had needed just a point from the game against Serbia to finish top of Group A and qualify for Qatar 2022.

And a Renato Sanches goal inside two minutes seemingly put the Euro 2016 winners well on their way to the World Cup.

But a Dusan Tadic equaliser followed by a dramatic 90th minute header from Fulham star Mitrovic turned the game on its head and sent Serbia through as group winners, with Portugal second.

It caused Ronaldo to collapse to the ground at full time in disbelief, almost in TEARS.

After overcoming the initial shock he threw a strop as he left the pitch before angrily moaning at Portugal boss Fernando Santos.