FORMULA ONE has revealed the redesigned car that will propel Lewis Hamilton and Max Verstappen in their bid for the 2022 world title.

A rule overhaul is scheduled for next season after years of Mercedes dominance, which could end just before the new car arrives. 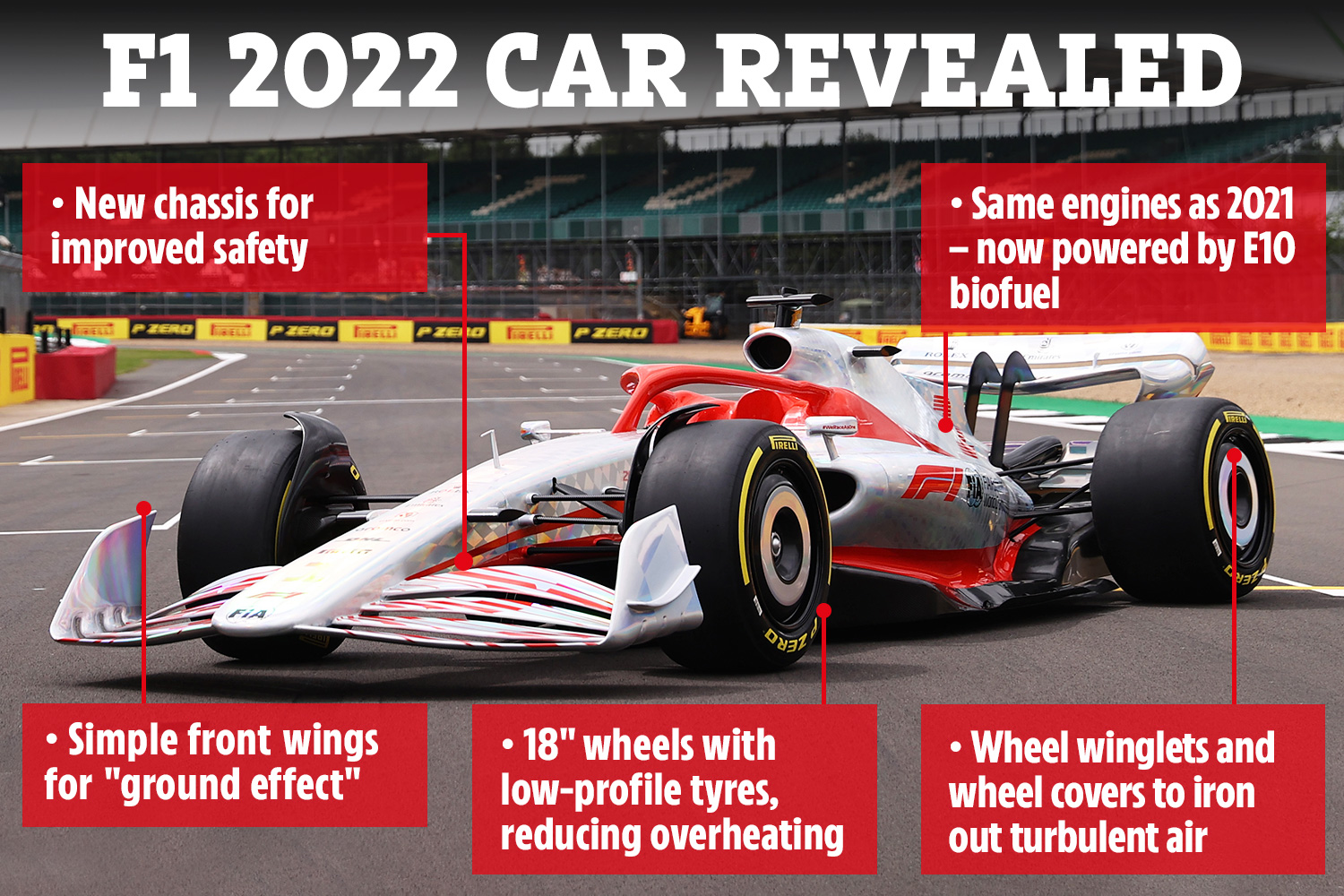 Ahead of the British Grand Prix at Silverstone this weekend, the drivers gathered on the grid to get a first public glimpse at their new wheels.

In front of them was a radically overhauled aerodynamic setup that, in theory, will encourage overtaking.

The current F1 cars have so much intricate bodywork – to create downforce that allows drivers to take corners quicker – but that causes turbulence.

It means that cars behind cannot get close as the turbulent air causes them to lose grip and destroys their tyres in the process.

The new cars have simple front wings and utilise the aerodynamic principle of 'ground effect', as the design of the underside of the car pulls it downwards.

Therefore both front and rear wings have been rejigged, and fans will immediately notice that over-wheel winglets and wheel covers are back. 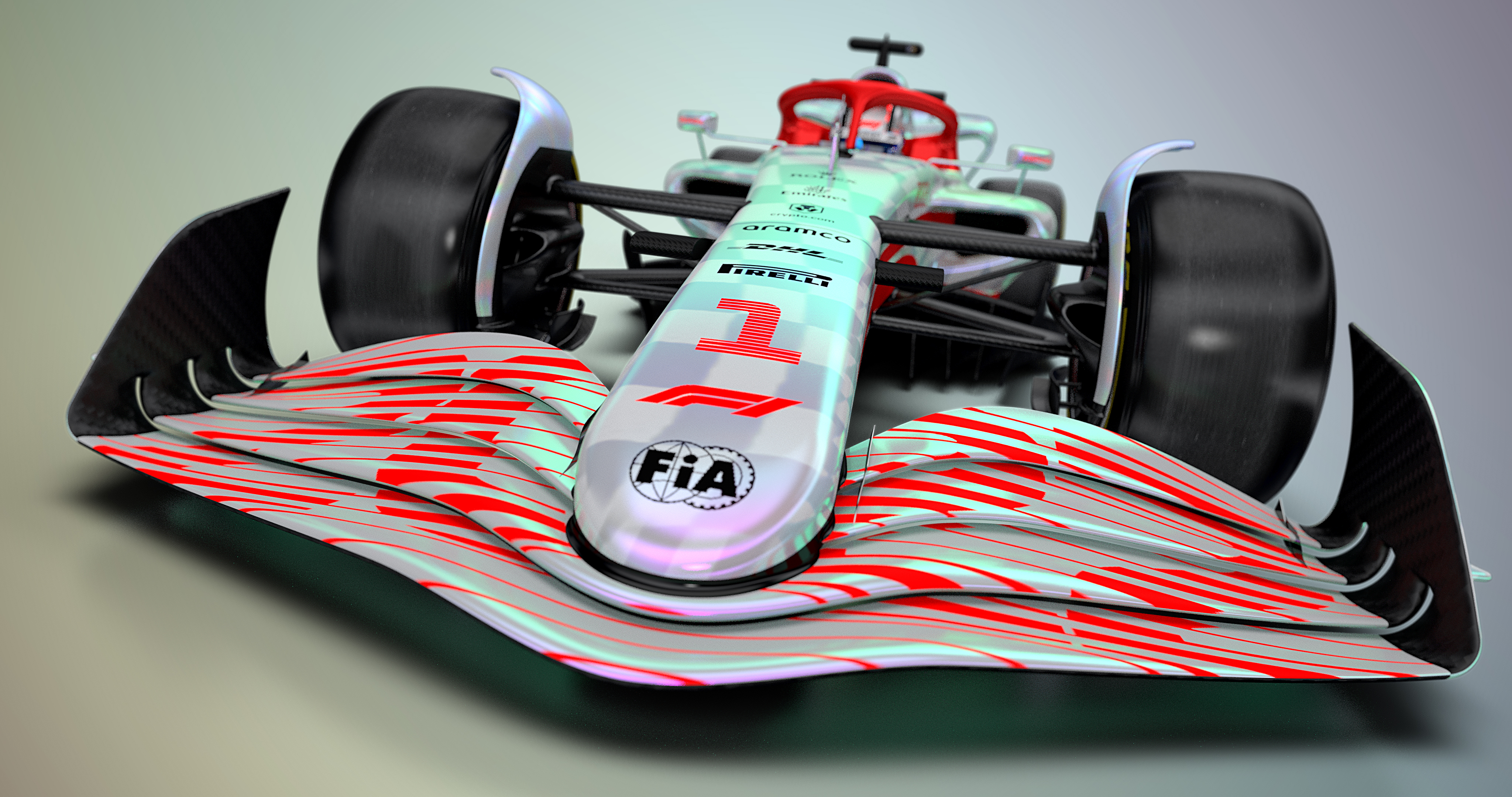 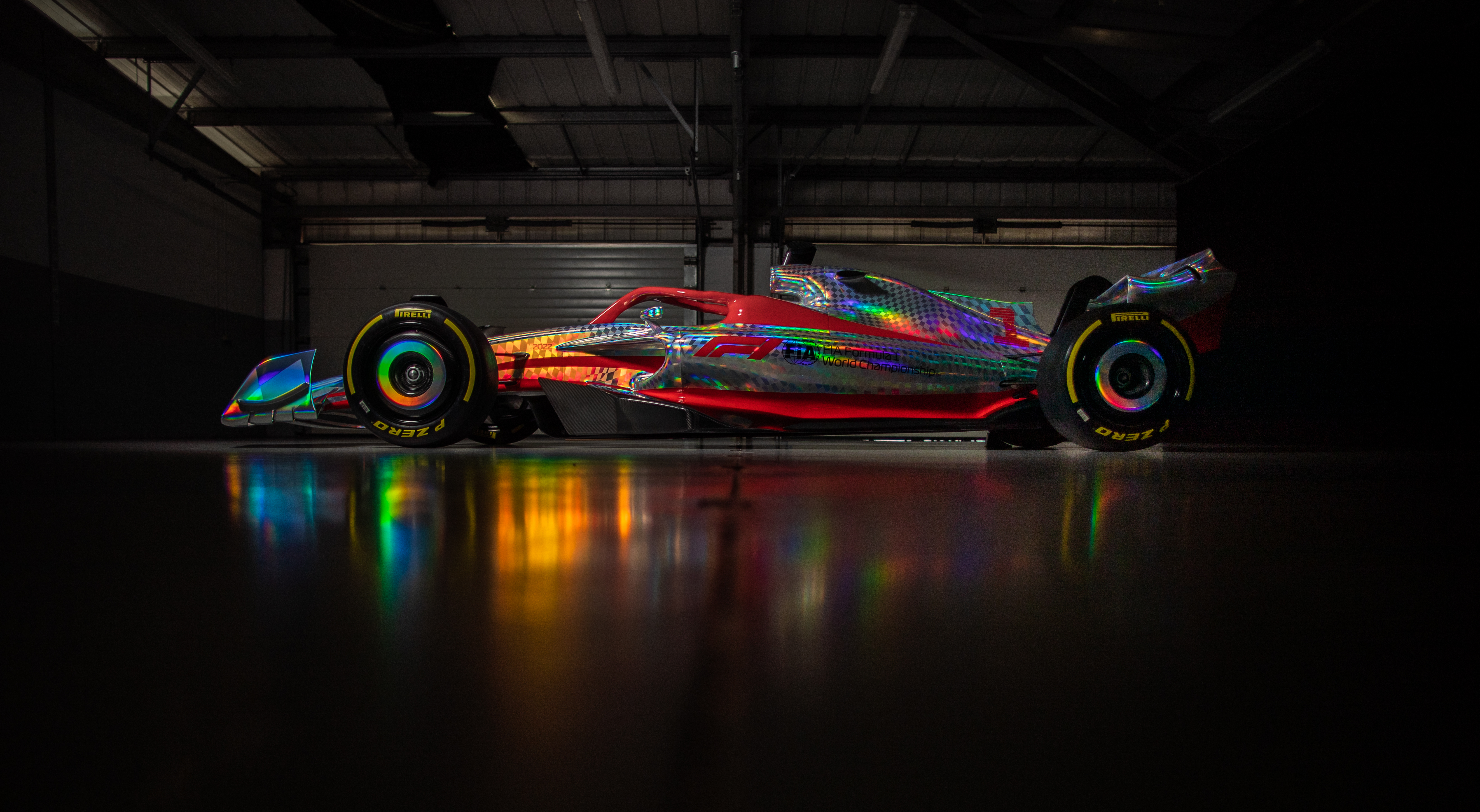 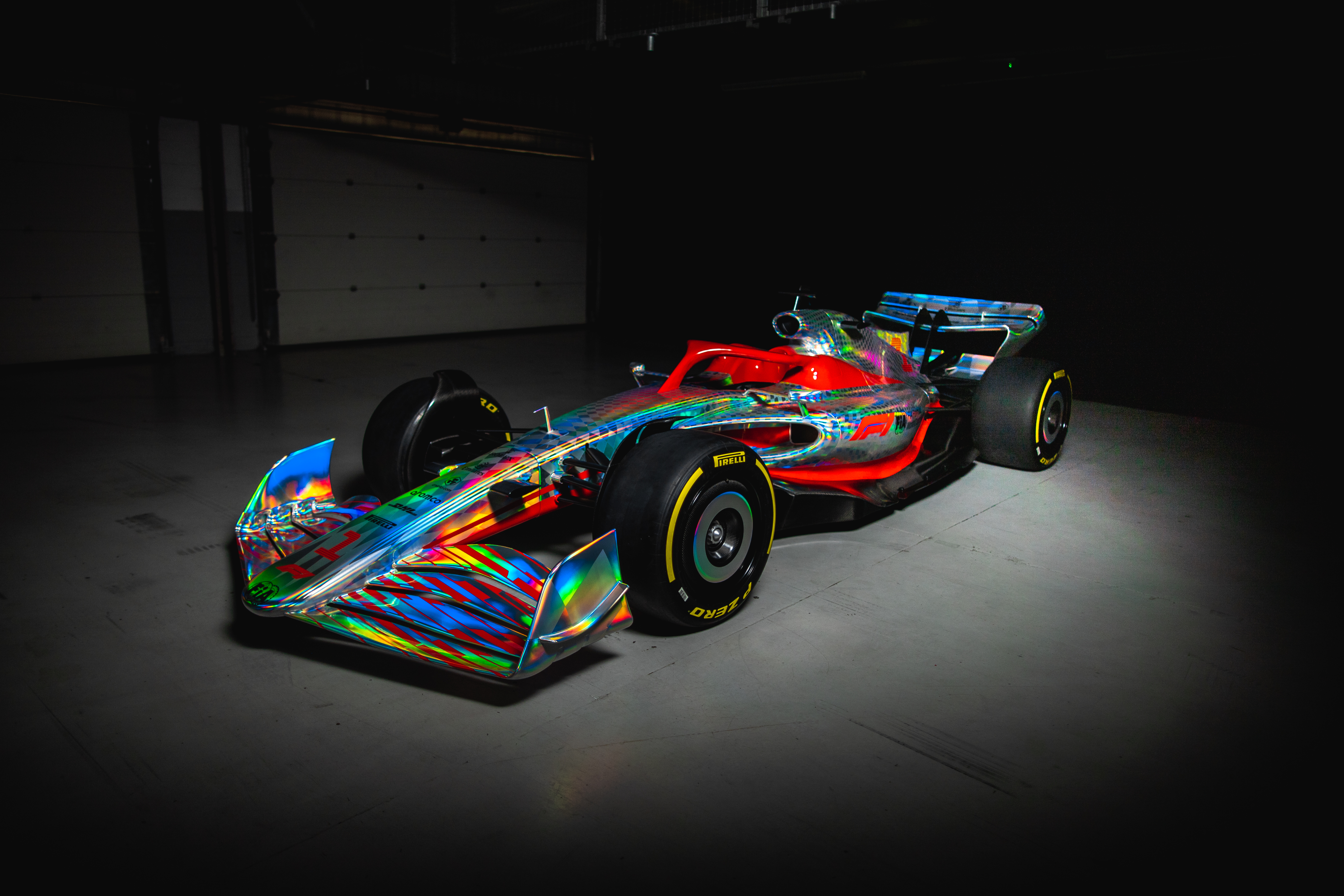 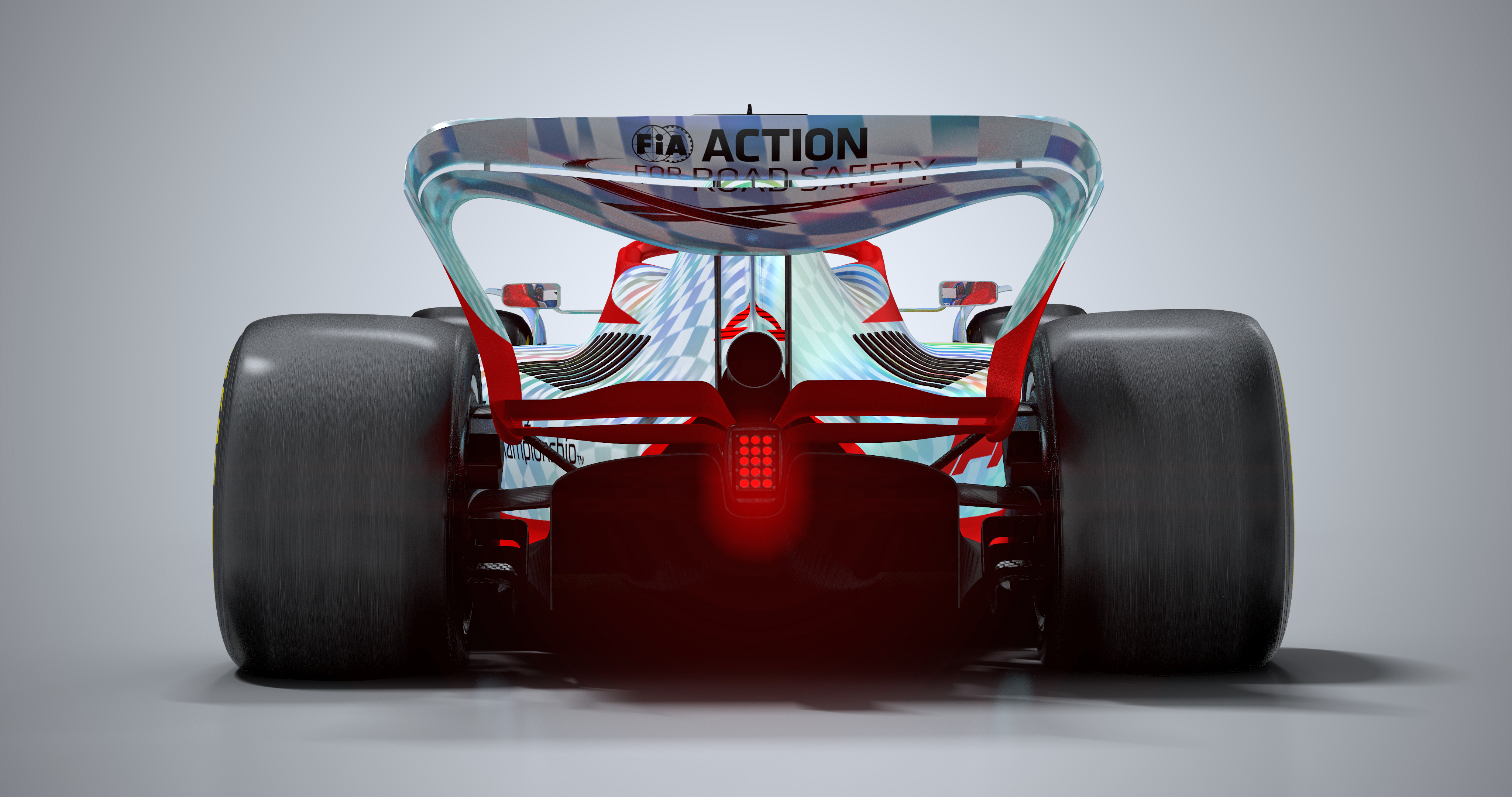 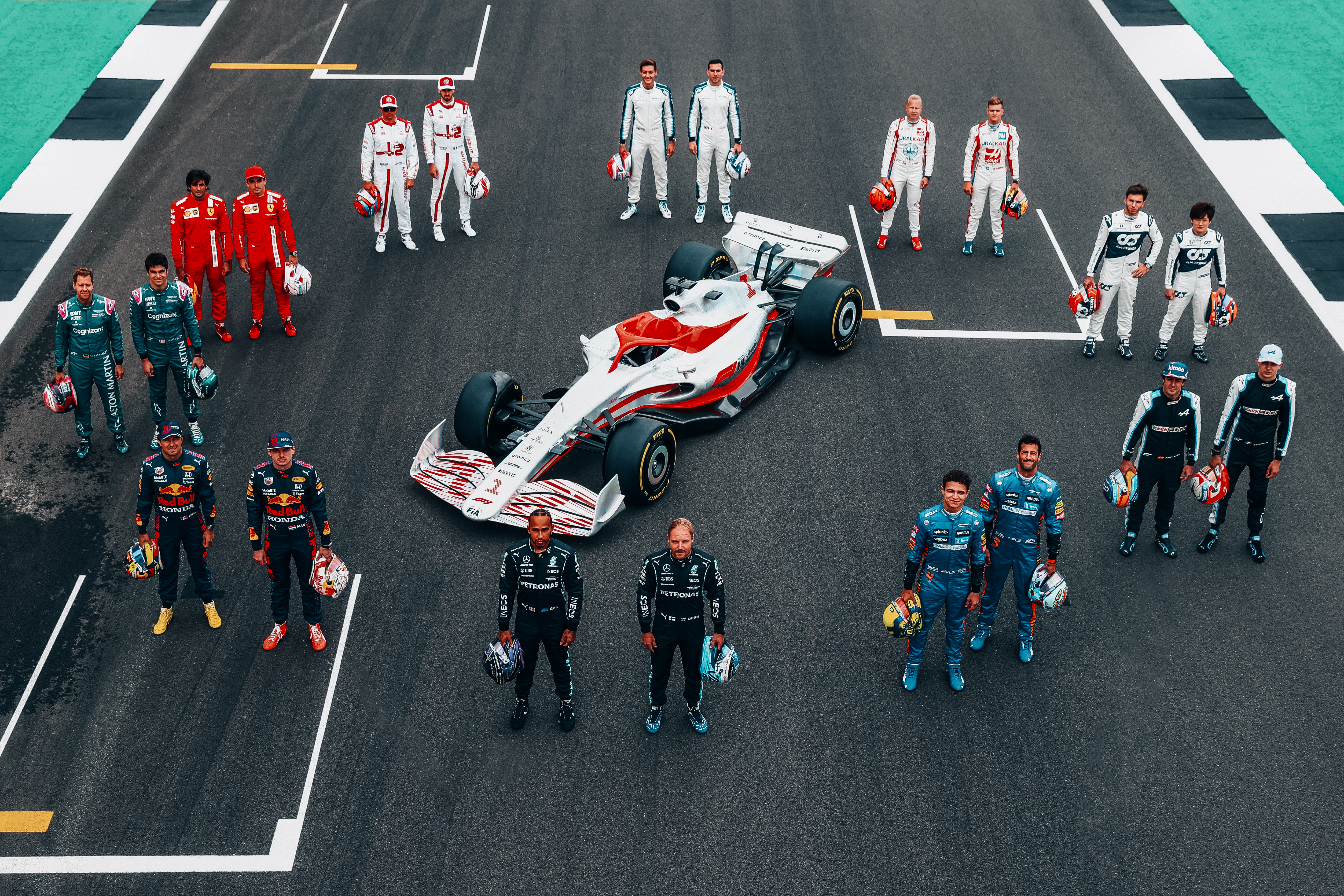 The wheel covers prevent the cars from churning up that turbulent air while the winglets will effectively iron-out the distorted air coming off the front tyres.

New 18-inch wheels with low-profile tyres will be introduced for the first time.

They are designed to reduce the amount they overheat – a primary aspect that should help with closer racing.

Again, the new rear wing with 'rolled tips' is in line with the theory of causing less turbulent wake.

The new rear wings force the expelled air upwards, rather than backwards.

Engines will remain the same as this year's power unit, however, the cars will now run on biofuel, called 'E10'.

COMPETITION: WIN ONE OF FOUR SUPERCARS OR A DREAM CAR AND £100k IN CASH

While the new chassis has been designed to absorb 48 per cent and 15 per cent more energy respectively in the front and rear impact tests.

The cars have also been designed in such a way that, in the event of a crash, the power unit will separate from the chassis without exposing the fuel tank.