BEREA, Ohio — Baker Mayfield reported to Cleveland Browns training camp in July sporting a mustache. And because he is Baker Mayfield, and because he plays quarterback well — a phenomenon largely alien to these parts — he was asked after a recent practice about the provenance of that mustache. Sorry, he said, no can do.

“That’s the elegance of having a mustache,” Mayfield said. “You just don’t know what’s going to happen.”

The possibilities are boundless for this team. Beyond Mayfield, who is as likely to stare down his former coach after a long completion as he is to bite into a can and shotgun a beer at an Indians game, the Browns pilfered the provocative receiver Odell Beckham Jr. from the Giants, adding him to a roster so laden with premium talent and flair that cameras should trail them all season.

The Browns’ marketing department would love the team to participate in the show every season. The staffers on the football side, though, would rather soak their contact lenses in habanero juice. It’s the team’s on-field potential that is, finally, its pathway to relevance. 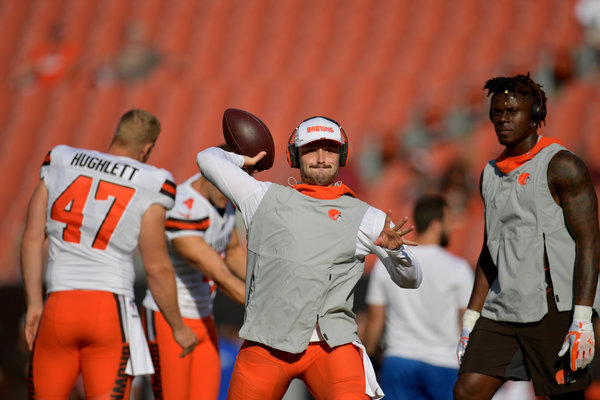 Not since the N.F.L. returned to Cleveland in 1999 have the Browns harbored such intense playoff aspirations, and on those rare occasions fans dared dream of the postseason, emotion overtook reality. They wanted Johnny Manziel, drafted 22nd in 2014 to impossible hype, to be the quarterback Mayfield is.

But now, those ambitions don’t seem so fanciful anymore, and not just because of that revamped roster. Led by Mayfield, the team last year closed a 7-8-1 season by winning five of its final seven games, finishing just outside the playoffs. From the players to the respected first-year coach Freddie Kitchens to the front office led by the second-year general manager John Dorsey, the Browns are functioning like a competent franchise.

Although receiver Antonio Callaway was suspended for four games on Friday for violating the league’s substance-abuse policy and running back Kareem Hunt will sit out eight games for violating the league’s personal conduct policy while he was with the Chiefs, the team has handled both with minimal friction. The organization’s most pressing issues in training camp generally haven’t exceeded those from a recent two-day stretch of camp: competitions at right guard and kicker. For now, dare we say, the Browns seem downright stable.

“That’s a good word,” said guard Joel Bitonio, who is playing for his fourth coach in six seasons in the league. “Starting up top, Dorsey’s really trying to keep upstairs quiet, and I think Coach Kitchens feels the same. It works its way down to the players. If we have issues, we’ll talk it out. And that’s going to make us a better team.”

Kitchens refuses to abide anything, or anyone, that encroaches on his goal of winning the Super Bowl; he has vowed to fire any assistant caught leaking information to the news media. But he has endeared himself to players by encouraging them to flaunt their personality, as long as their behavior doesn’t hurt the team.

The Browns have held social media tutorials to reinforce what they hope players already know: not to spread, as Bitonio put it, anything their grandmothers wouldn’t feel comfortable reading or seeing. So, Beckham’s personal YouTube channel? Fine by Kitchens.

“He’s not abusing his power for a first-time head coach,” receiver Jarvis Landry said of Kitchens. “He has a really good grip on things. He’s really just taken control of the situation.”

That has meant finding the right balance of letting ebullient stars like Mayfield and Beckham be themselves while minding the attention the Browns have been receiving for months. Mayfield’s R.V. is back for another season, as is his pregame air-drum routine to Phil Collins’s “In the Air Tonight.” Both Beckham’s appearance in a kilt at the Met Gala and his new haircut — he shaved off his bleached blond curls — have caused a hubbub on the internet, but the new do had its own moment at the ESPYs.

Whenever linebacker Joe Schobert went to a sports bar in his native Wisconsin this off-season, there was about a 50 percent chance, he said, that ESPN was yapping about the Browns. Dave Freeman, the team’s senior vice president for media and marketing, said overall engagement on the Browns’ official YouTube channel has soared, with 74 percent of all views coming from outside Ohio, up from 65 percent in 2018.

“When you have big stars,” Freeman said, “people want to get to know them a little more.”

Myles Garrett, a defensive end, said he cannot go anywhere without fans telling him that they’re going to the playoffs, where they haven’t been since 2002, or the Super Bowl, which they have never reached. Every day, he said, Kitchens tempers their expectations.

“We have our own goals,” Garrett said, “and as soon as we accept others’ and feed into that, we lose sight of what we have planned for ourselves.”

Internally, the Browns have discussed the importance of reviving what they consider the lost generation, that passel of fans numbed by the team’s 1995 relocation to Baltimore and all the bad football since it returned. Since last year, the team has added about 12,000 season ticket-holders, and those skew younger, too, with an average age of 38.

“We’re connecting with fans that we haven’t quite connected with in the past,” said David Jenkins, the Browns’ chief operating officer.

Attendance at open training camp sessions is up 30 percent from last year. The bounty of attractions behind the primary set of bleachers (free water! puppy pound! life-size Bernie Kosar bobblehead!) might in past summers have presented a welcome distraction from the practice itself. But now the amenities complement the real attractions: Mayfield darting around the field, Beckham snaring passes with one hand, Garrett bolting off the edge.

The Browns want to dethrone New England in the American Football Conference, and they’ll try to fend off Kansas City to emerge as the most entertaining team in the league. The more appropriate analogue, though, might be the Golden State Warriors of the N.B.A., who have infiltrated mainstream culture not just by winning titles but also by going viral for swishing shots from the tunnel, à la Stephen Curry, or poking fun at Fergie’s All-Star Game national anthem by dancing to it in the locker room.

In the N.B.A., of course, it’s the players who drive the league. The N.F.L. tends to suppress individuality, quashing it for the good of the team, and the Browns do operate within that construct. They also recognize the opportunity in front of them — that having fun, while winning games, is a powerful draw.

Freeman said they were working toward making sure fans are in their seats at kickoff, if not well before. That's when Landry and Beckham, close friends and former teammates at Louisiana State University, convene to perform their warm-up, an array of dazzling catches.

Landry declined to divulge precisely what that could entail, but, then again, that makes sense. With the Browns, you just don’t know what’s going to happen. 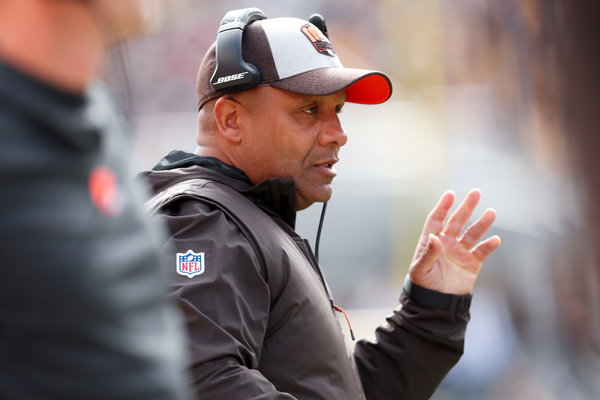 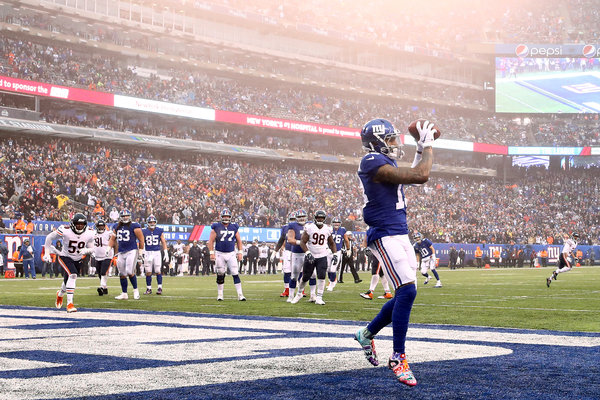 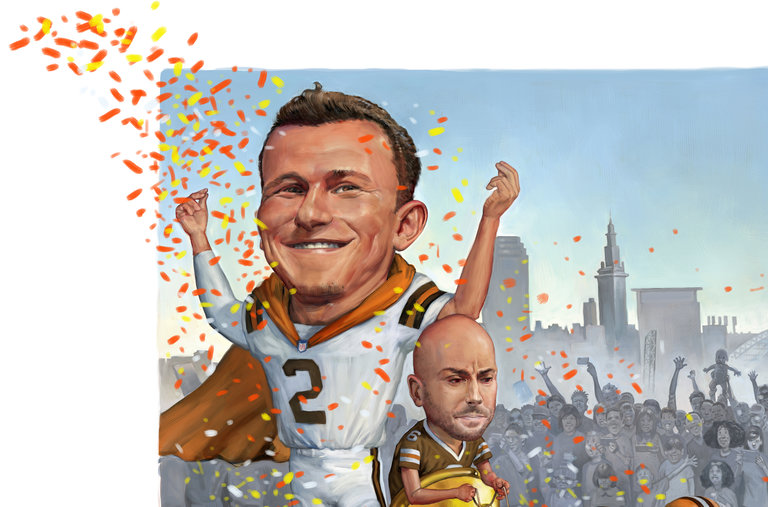