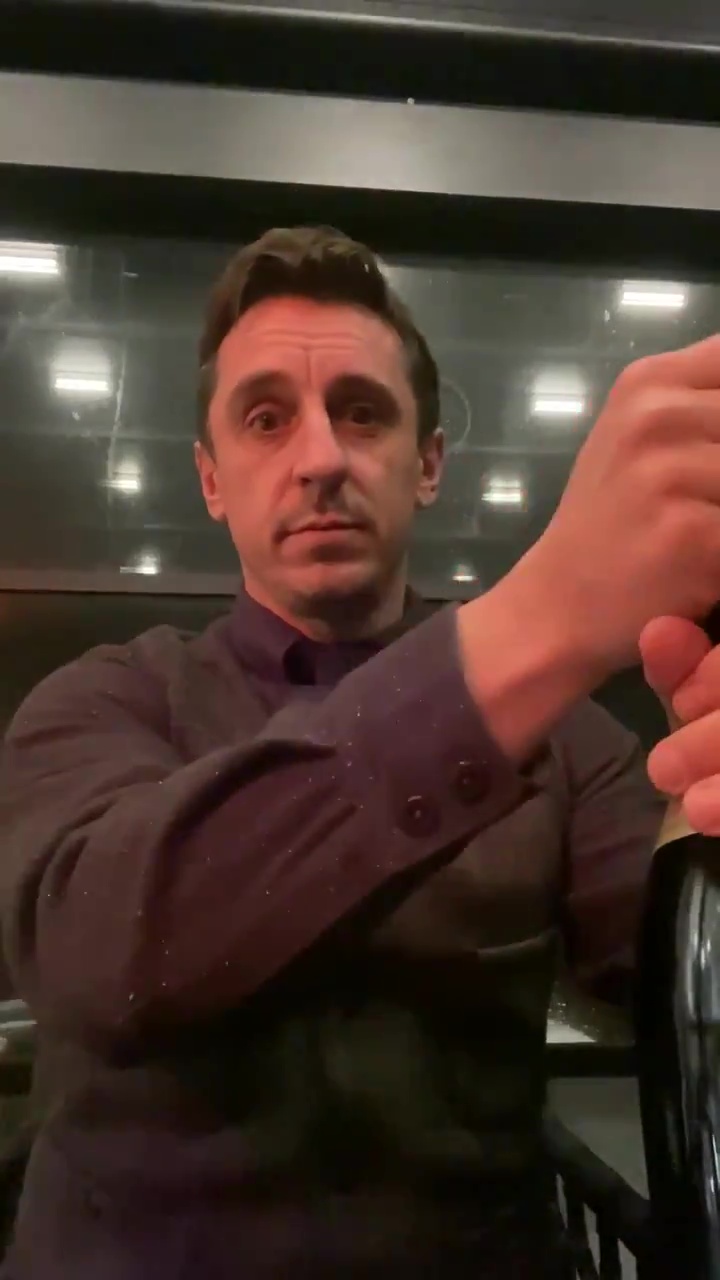 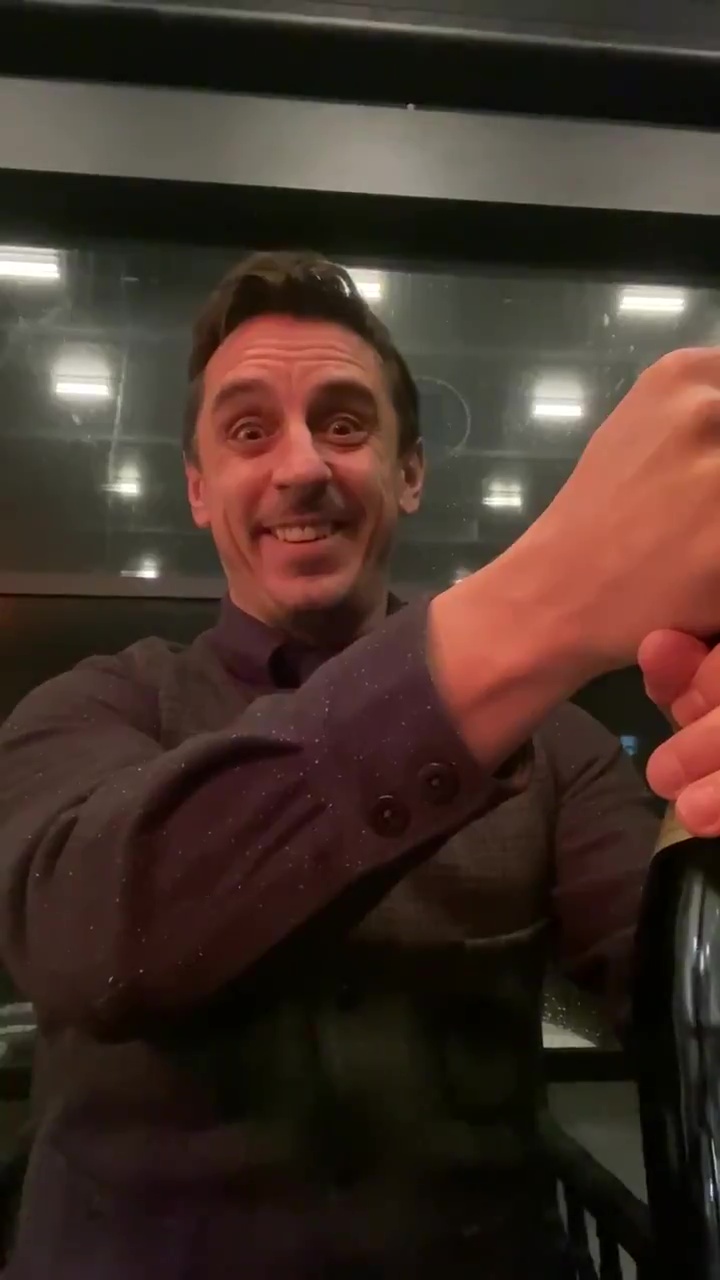 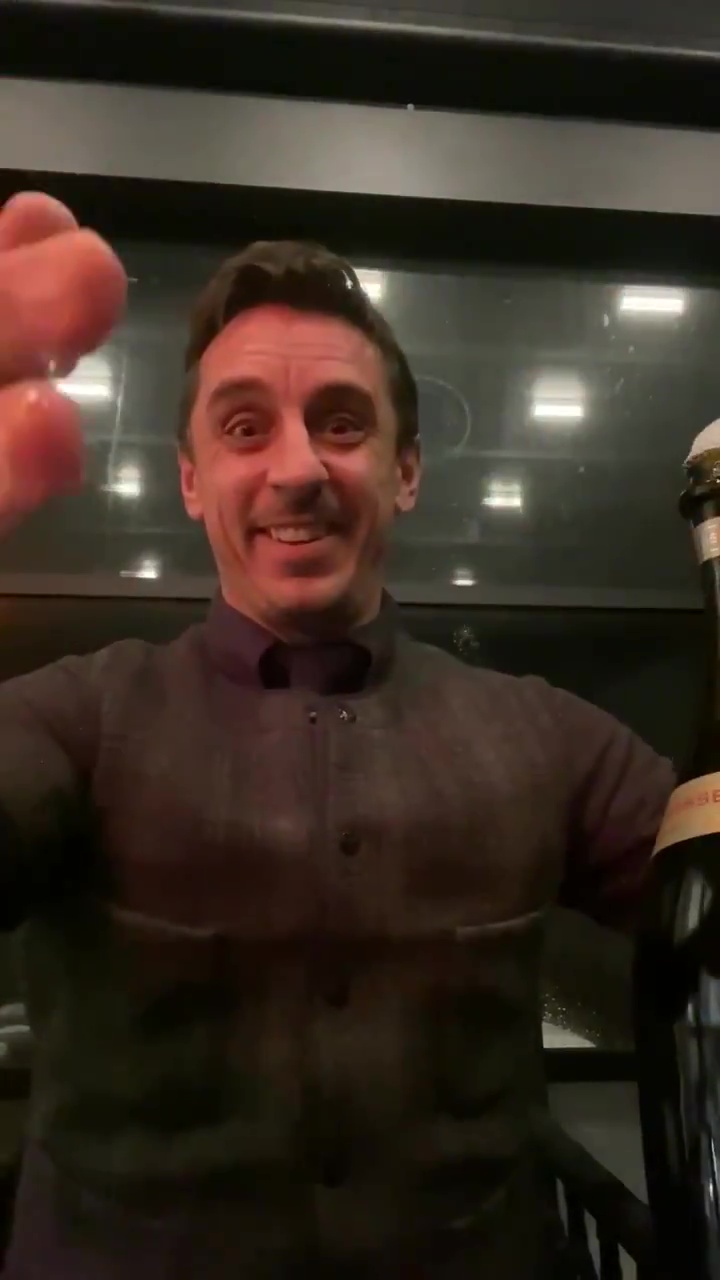 Both clubs have 33 points, but Liverpool’s goal difference is +17, with United on +9.

However that did not deter Sky Sports pundit Neville, who loves to wind up Liverpool fans, especially his Monday Night Football joint host Jamie Carragher.

Soon after the full-time whistle had blown and Man United moved up to second in the Premier League table, Neville took to Twitter to open a bottle of champagne, alongside the words ‘Happy New Year ( Joint Top )’.

Fans reminded Neville that United finished ‘joint top’ with Man City in the 2011/12 season, but lost out on the title on goal difference.

And journalist Chris Bascombe tweeted: "When did 'joint top' become a thing?" 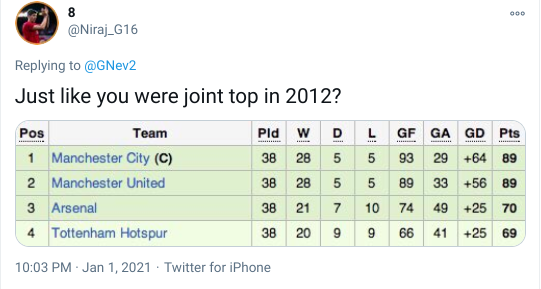 In December Neville hilariously trolled Carragher after Liverpool drew with Fulham – the side he predicted were 'certain' to go down.

Jurgen Klopp's Reds could only muster a 1-1 draw at Craven Cottage as Mo Salah's controversial late penalty rescued a point.

While Fulham were leading, Neville tweeted three sets of eye emojis alongside a screenshot of a newspaper headline from September that read 'Jamie Carragher shows Fulham no mercy, predicts relegation and tears into owner'.

Carragher had ripped into the Cottagers after they lost 3-0 at home to Aston Villa two-and-a-half months ago.

He said Fulham were more likely to go down than Liverpool were to retain their title.