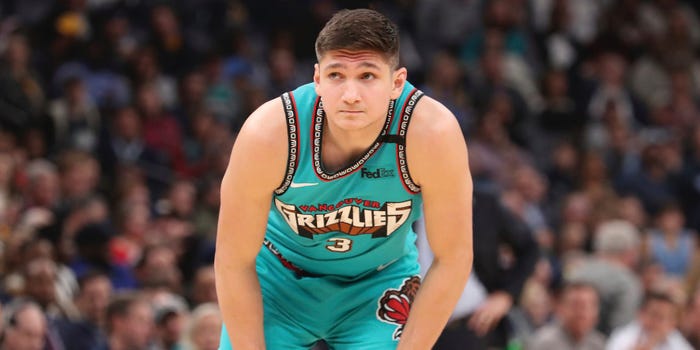 Grayson Allen's reputation for tripping opponents has followed him to the NBA, and he is pushing back against it.

On Sunday, Atlanta Hawks point guard Trae Young tweeted a .gif from a recent game against the Memphis Grizzlies in which it appeared Allen attempted to trip him. The short clip showed Allen attempting to double-team Young, chasing him near the half-court line, at which point his left foot extended and hit Young's foot.

Young tweeted, "Damn… tell me what y'all see!! Smh this gotta stop.!"

Allen also retweeted a Twitter user who called Young's accusation a "reach," saying the contact was incidental and unlike Allen's tripping incidents at Duke.

Young did not respond to Allen directly, only tweeting a graphic with Jay Z about arguing with "fools."

After receiving a one-game punishment from Duke in college for tripping opponents, Allen has thus far avoided any such incidents in the NBA.

However, Young and Allen have gone at it before. Young shoved Allen during a preseason game and received a technical for it.

The two players also had a skirmish in Summer League in 2018 after getting tangled on a play.