SERGIO AGUERO could be just one high-profile signing made by Leeds in the summer with Marcelo Bielsa eyeing up a squad overhaul.

With the Manchester City striker available on a free at the end of the season, the Whites have been linked with a shock move for the 32-year-old. 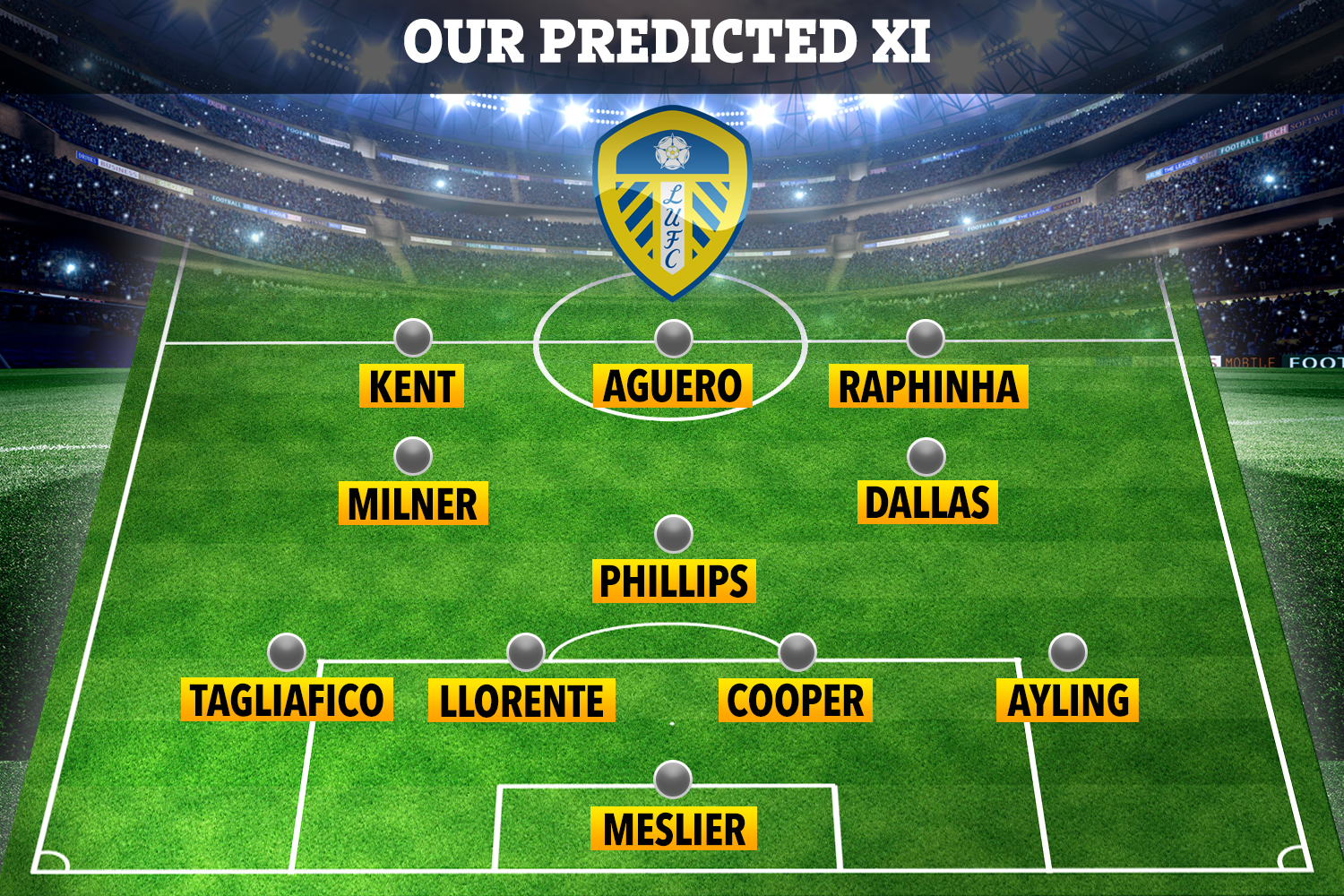 The likes of Chelsea, Barcelona and Juventus are all understood to be keen on Aguero, though that hasn't stopped the Yorkshire outfit from being interested.

Should he make the move to Elland Road, he would link up with his Argentine compatriot Bielsa.

A switch to Leeds would also mean the former Atletico Madrid star would not have to relocate from the North West – something which is understood to be appealing to the striker.

And it's not just the Citizens legend that Leeds are believed to be targeting ahead of the 2021-22 season.

Here SunSport looks at how Leeds could start next term.

Goalkeeper Illan Meslier will likely keep his place between the sticks having featured in 30 out of 31 Premier League games this term.

Right-back Luke Ayling should also keep his spot, as well as skipper Liam Cooper and his centre-back partner Diego Llorente.

But with Ezgjan Alioski expected to depart in the summer, a new left-back is a priority for Bielsa.

And Ajax ace Nicolas Tagliafico has emerged as a possible target, with Bielsa a fan of the Argentine international.

Kalvin Phillips will almost certainly start as the defensive midfielder, with James Milner to potentially return to the club from Liverpool.

Milner could partner Stuart Dallas in the middle of the pitch after the Northern Irishman was likened to Javier Zanetti by Bielsa due to his versatility.

Brazilian star Raphinha will start at right wing should he shun a move to Manchester United.

Rangers maestro Ryan Kent could then start on the opposite flank, with SunSport exclusively revealing Leeds are eyeing up a £15million swoop.

Patrick Bamford would then have to settle for a place on the bench if Aguero joins as he would be leading the line.