And SunSport has looked back to January 2020 – the last time the Red Devils were beaten at home by the Clarets. 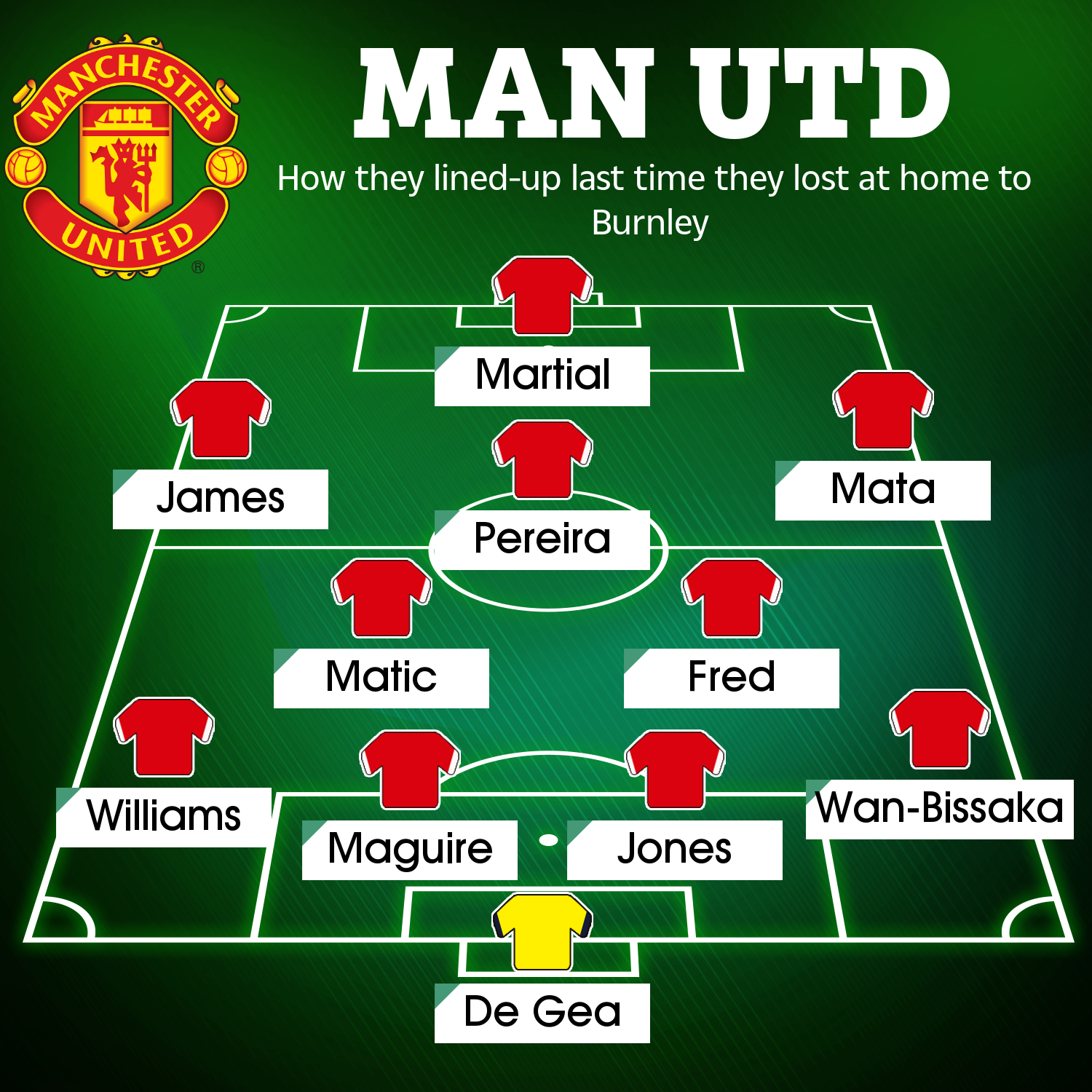 Nemanja Matic played alongside Fred at the base of midfield and outcast Juan Mata was on the right of an attacking trio behind wantaway star Anthony Martial.

And it was labelled the 'worst team in 30 years' by pundit Peter Crouch.

Ben Mee was man-of-the-match as goals from Chris Wood and Jay Rodriguez either side of half-time saw Sean Dyche's men walk away with all three points.

It was the first time the Clarets had won at Old Trafford since 1962 and the home fans were not impressed.

RETURN OF THE KING

United were booed off at half-time as it was the third season in a row Burnley had gone 2-0 up at Old Trafford.

And Ole Gunnar Solskjaer demanded more after the final whistle.

He said: "There are loads of thoughts going through my mind.

"At one point it felt like we were creating openings and didn't take them.

"Now, it's one of disappointment. We hold our hands up, it is not good enough.

"The players are giving everything, they have done absolutely fantastic so far this season but they know it wasn't good enough tonight.

"The boys they looked mentally tired towards the end, we didn't find that creativity.

"We can't feel sorry for ourselves. When you are at Man Utd you are privileged because you are playing for the best club in the world.

"Sometimes you go through periods like this and it is a test I am sure they are going to come through."

Crouch said: "Look at the options off the bench. It is miles off it.

"I don't know what a Manchester United player is anymore.

"Most of the players that Manchester United have bought in the last five years have gone backwards."