The unlikely Wrexham lads: How Hollywood star Rob McElhenney and ex-Liverpool chief executive Peter Moore united in California to plot revival of Welsh side with Deadpool actor Ryan Reynolds also involved in bid to return to the Football League

It was the most improbable strategy meeting that Wrexham have known in a colourful 156-year-history. A Hollywood star and a former Liverpool chief executive sat under a hot California sun for two hours last weekend, discussing Bobby Shinton, Mickey Thomas and how to get the team back into the Football League.

Rob McElhenney, the actor and director who suggested to Deadpool star Ryan Reynolds that they buy a British football club together, had driven the two hours to meet Peter Moore, whose three years at Anfield concluded with Jurgen Klopp’s side lifting the Premier League trophy this summer and who will be taking on an advisory role for Wrexham’s new American owners.

It quickly became clear that the Netflix series ‘Sunderland ‘Til I Die‘ has struck a real chord with McElhenney. 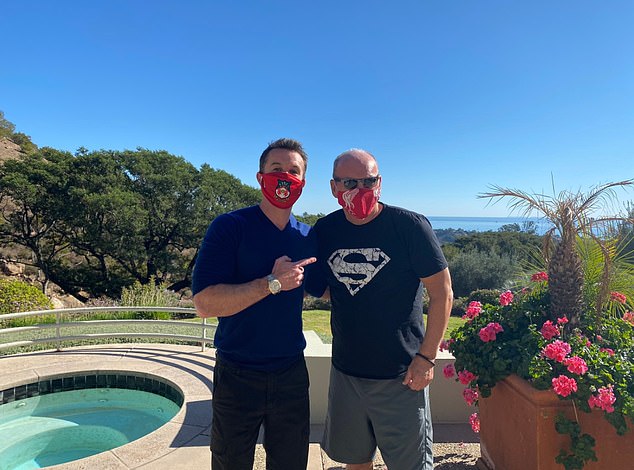 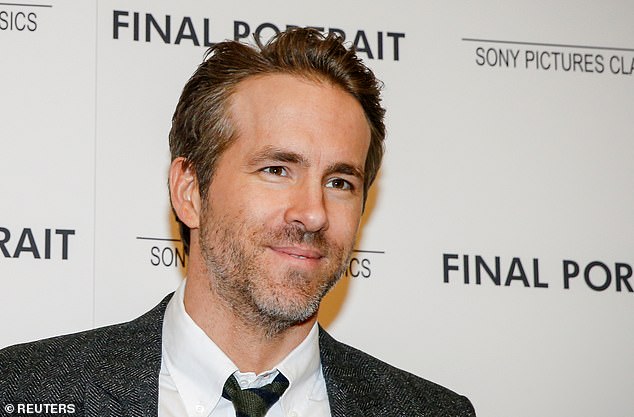 ‘He told me it captured a world he knows,’ Moore tells Sportsmail. ‘He told me, “I know these people”.’

The post-industrial struggles of Sunderland and the football club at its heart had equated, it seems, to the struggles of McElhenney’s native Philadelphia and its Philly Eagles NFL team.

He and Reynolds were also looking for an affordable club, perhaps in some post-industrial place, with a good infrastructure.

An impressive, wholly-owned stadium, enhanced for the 1999 Rugby World Cup seems to have played in Wrexham’s favour.

McElhenney and Reynolds had neither met nor worked with Moore until mutual contacts in finance brought them together. (New York-based Inner Circle Sports, who helped the pair buy Wrexham from the club’s Supporters’ Trust, have also worked with Liverpool since helping Fenway Sports Group buy them in 2010.)

McElhenney is unlikely to have anticipated the depth of Moore’s association with the club. He was brought up in the village of Marford, six miles outside Wrexham, where his father ran the Red Lion pub.

He played for Wrexham Schoolboys on the club’s Racecourse pitch, attended the Grove Park and Yale High Schools in the town.  He toured Germany in a 1972 representative youth squad which included Joey Jones (ex-Wrexham and Liverpool) before leaving a PE teacher job at Ysgol Dinas Bran, in neighbouring Llangollen, for the US in 1981. 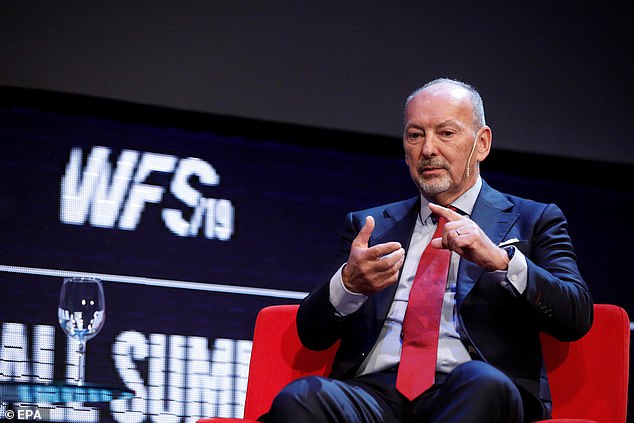 There, he sold Patrick sports shoes, door-to-door, before embarking on a successful executive career at Sega, Microsoft and Electronic Arts before Liverpool.

When he first watched legends Eddie May and Dave Gaskill from Wrexham’s Crispin Lane End in the late ’60s, there’d be maybe 14,000 in the ground, with hundreds bussed in from North Wales’ coastal towns. ‘The club can get back to that,’ he says.

‘There are 700,000 people in North Wales and 135,000 in Wrexham. For some up in Liverpool, Wrexham can be a second team. So there’s a tremendous opportunity to bring thousands back when we produce success on the pitch and become a competitive team, which we’re not far away from.’

The club will need this organic growth because financial fair play rules and a likely National League wage cap mean McElhenney and Reynolds cannot simply throw their pledged £2m at the squad in one hit. 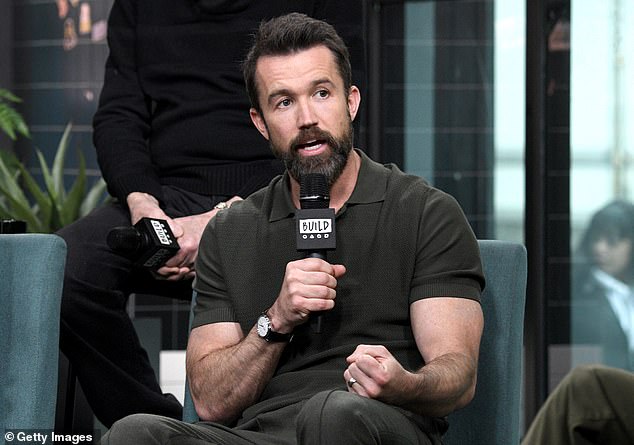 ‘What the experience of Liverpool tells you is that you start by getting the players who can get you victories, who bring you bigger crowds and sponsors, who bring you players,’ Moore says.

‘You re-do your stadium. You re-do your training ground. A women’s team is crucial. Though of course, one thing you can’t govern is the ball hitting the back of the net or deflecting off the post.

‘It’s got to be sustainable. You don’t go in and flash cash. It’s not through salaries increasing that you grow but a prudent approach to getting the club back to where it belongs, which is in the Football League.’

McElhenney’s role as the initiator of this whole idea suggests that perhaps too much should not be read into Reynolds’ cryptic retweeting of a light-hearted message posted by a Wrexham student eight years ago, fantasising about the actor being a model in her life-drawing class.

That tweet seems to have been a happy coincidence – and manna from heaven for the Netflix-style film being made of this entire adventure. 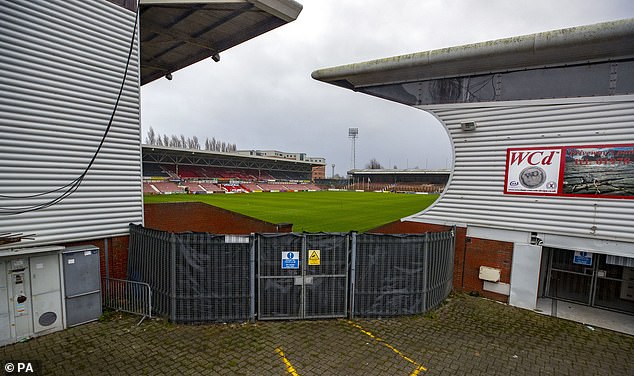 The Americans are likely to recoup their outlay on the film which, with the directors actually owning the club, will deliver something never yet seen in the fast-expanding genre of fly-on-the-wall football.

But Moore anticipates the background action – including supporters’ highs and lows – as a more essential part of that film than events on the field. ‘When the football comes on you are less interested,’ he says.

‘When you hear people in pubs and the town taking about the team and how that makes them feel – that’s the essential bit. It’s more a human story than a football story. I don’t think the film is actually the driving force.’

Moore is, as always planned, selling his Wirral home to return permanently to Santa Barbara which his family call home, while in Wrexham, McElhenney and Reynolds are likely to put in place a corporate structure including a chief executive and chief finance officer.

The take-over is expected to be concluded this month, with the transfer of shares from the Wrexham Supporters Trust to the new owners among the documentation work to be finalised.

‘Were it not for the Supporters’ Trust, there would not be a club,’ Moore says. ‘Their role is a huge one. What they’ve achieved will never be forgotten. But with a little bit of capital investment we can get back to being big again and bring the good times back.’ 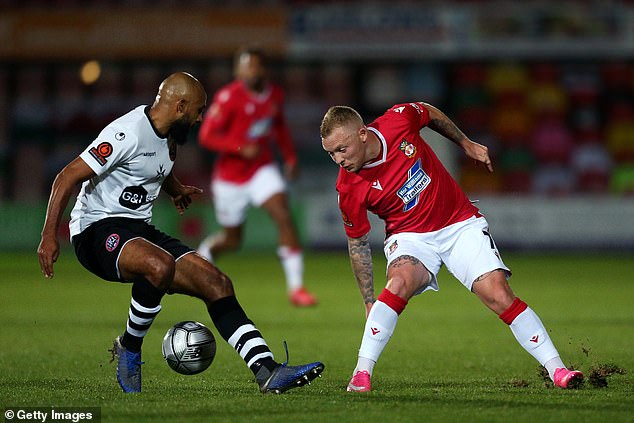