PIERRE-EMERICK AUBAMEYANG boasts one of the wackiest supercar collections, featuring a £2million Ferrari.

The Gunners captain, 32, showed off five of his stunning fleet – which have been wrapped in silver, gold… and just about every colour of the rainbow on Instagram. 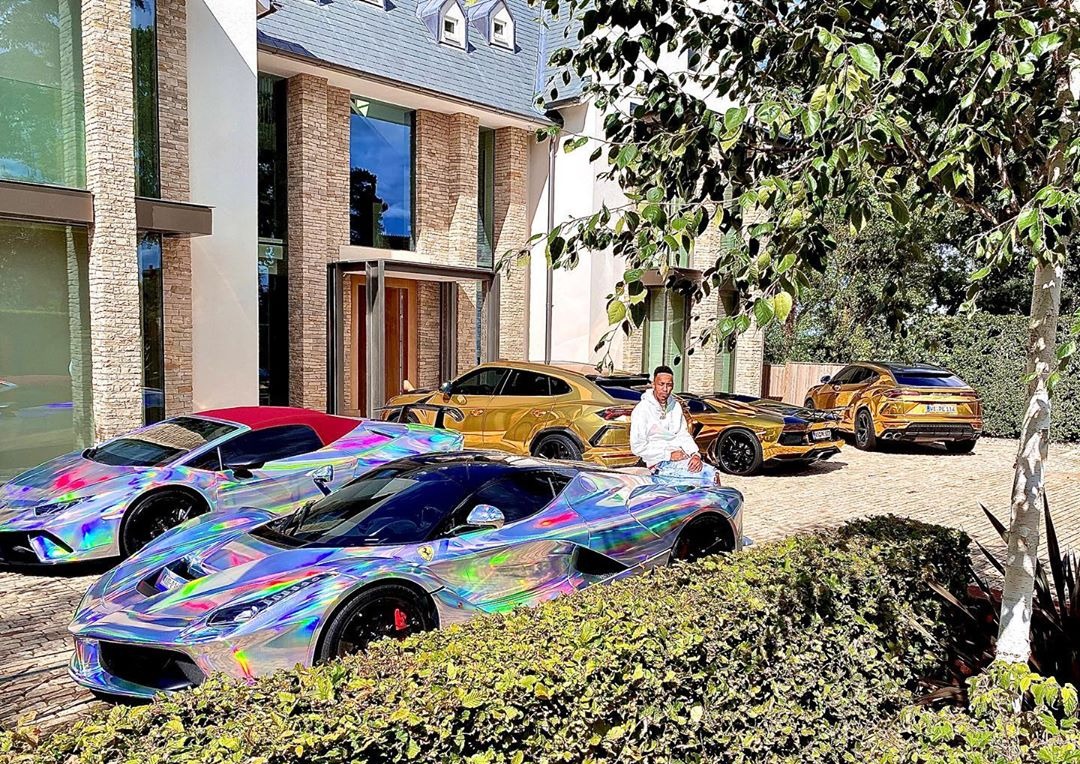 Auba had four Lamborghinis – two Urus 4x4s, an Aventador and his beloved Huracan Spyder – and his stunning LaFerrari parked on his front drive.

He has previously had his £270k Lamborghini Aventador, £150k Range Rover Sport and £140k Lamborghini Urus wrapped in gold at Yiannimize.

But the former Borussia Dortmund star decided to take his modification to the next level when he booked in his gorgeous LaFerrari – but was criticised for "ruining" the exclusive supercar.

Four of the five finishes on display were done by celebrity car customiser Yianni Charalambous with the final one done by MS Motors in France.

Fellow pros Adnan Januzaj, Tammy Abraham and Marc Bartra were all drooling over the fleet in the comments.

But as well as the five on Instagram, Aubameyang has plenty more cars in his garage with at least a dozen in total – including a sleek white Bentley Bentayga, which starts at £133,000.

Brilliantly, Auba was also once spotted driving around in a Volkswagen Beetle Cabriolet, costing a very modest £22,000.

Speaking about his love of cars, the Gunners front man said: "The clothes, the cars and all that are a bonus. I enjoy living this way.

"I like who I am and it doesn’t matter if other people can’t ­accept that – it goes over my head.

"As they say ‘you only live once’. It’s important to know where you come from and where your roots are – the rest is a big bonus."