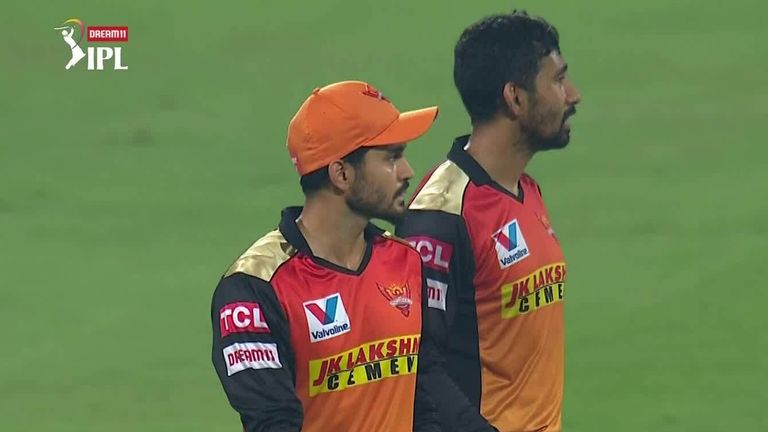 Sunrisers Hyderabad kept their IPL play-off hopes alive with an emphatic five-wicket victory over Royal Challengers Bangalore in Sharjah, as Virat Kohli’s side slumped to a third consecutive defeat.

Royal Challengers Bangalore knew that victory would guarantee a first play-off appearance since 2016, but following an underwhelming batting display that saw them post 120-7, Sunrisers prevailed with 5.5 overs remaining to move up to fourth in the table.

David Warner’s side began the afternoon in seventh position, but victory over table-toppers Mumbai Indians in their final group game on Tuesday may be enough to qualify, by virtue of net run-rate.

Meanwhile, RCB now face a crunch showdown against Dehli Capitals on Monday – with the winners assured of play-off qualification. However, the Capitals have also faltered over recent weeks, as they head to Abu Dhabi on a run of four straight defeats.

Sunrisers – buoyed by their comprehensive victory over the Capitals in their last outing – were extremely disciplined with the ball, restricting RCB to the lowest first innings total at Sharjah in this year’s IPL.

Sandeep Sharma (2-20) set the tone and he’s now dismissed Kohli on more occasions than any bowler in T20 history.

Jason Holder (2-27) impressed with bat and ball, making an unbeaten 26 from 10 deliveries to catapult SRH to victory, after Wriddhiman Saha (39 off 32) and Manish Pandey (26 off 19) made valuable contributions in the run-chase.

Josh Philippe (32) retained his place in the side at the expense of his compatriot Aaron Finch and he top-scored for RCB, while Yuzvendra Chahal (2-19) took his tally of wickets to 20 in this year’s competition, but it was in vain. 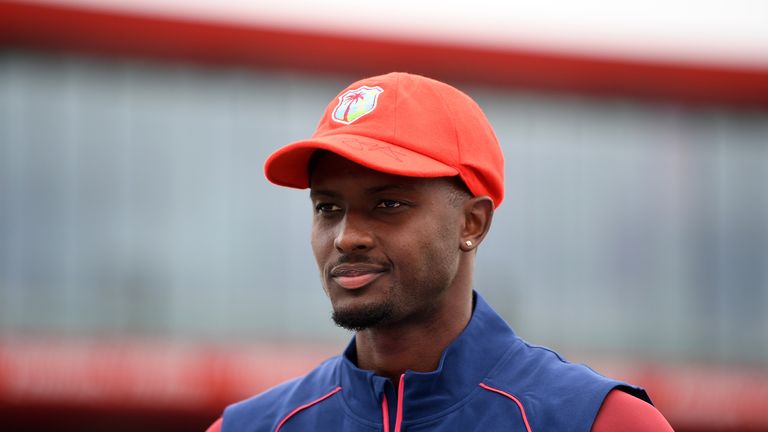 After Warner won the toss and inserted RCB into bat, Sharma struck inside the third over, clean-bowling an in-form Devdutt Padikkal (5) with a delightful in-swinging delivery, before claiming the prized scalp of Kohli.

The slow nature of the surface was a factor in RCB’s lacklustre display and Kohli (7) succumbed to Sharma for the seventh time in IPL history, courtesy of Kane Williamson’s sharp catch.

RCB were stifled by the consistency of SRH’s attack, although with AB de Villiers (24) threatening to ignite, the South African superstar succumbed to the left-arm spin of Shahbaz Nadeem (1-34), with Abhishek Sharma snaring a composed catch.

Their woes were compounded when Philippe picked out Manish Pandey on the legside boundary to gift the irrepressible Rashid Khan (1-24) his 18th wicket of the campaign. 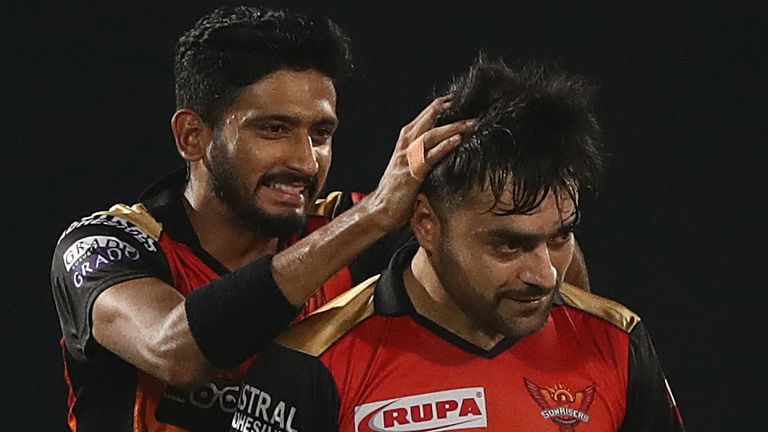 Gurkeerat Singh Mann (15* off 24) was unable to break the shackles during his insipid innings and Holder secured a brace of late wickets, accounting for Chris Morris and Isuru Udana as RCB set a paltry target of 121.

Warner (8) underlined his intent by dispatching Sundar’s first delivery into the stands, but he miscued his next delivery straight to Udana as RCB claimed the crucial breakthrough.

However, while Kohli’s men toiled throughout the early stages of their innings, Sunrisers utilised the powerplay overs to great effect – moving to 58-1 after six overs, with Pandey providing the impetus.

The introduction of the wily Chahal stifled SRH, as Pandey relinquished his wicket in cheap fashion, before a beautifully flighted delivery deceived Saha.

The 36-year-old – preferred to England opener Jonny Bairstow – was beaten by Chahal’s turn and bounce, allowing De Villiers to complete a regulation stumping. 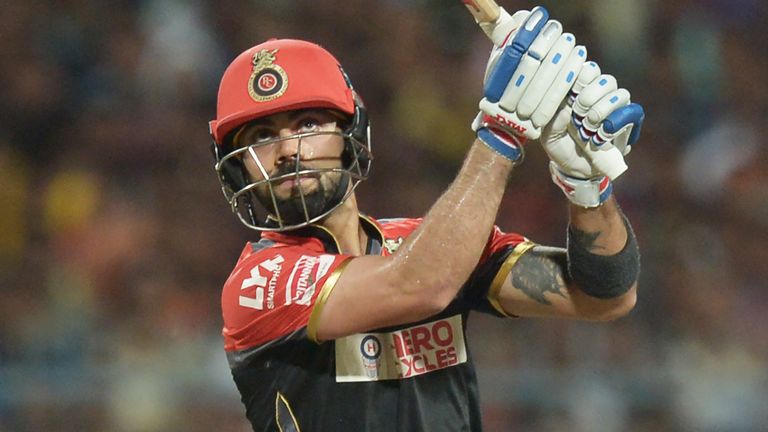 The wicket of Kane Williamson (8) offered RCB a glimmer of hope, as the New Zealand skipper was duped by Udana’s slower delivery, and Kohli returned the favour with the catch after his earlier dismissal.

The Sunrisers capitulated from a similarly dominant position against Kings XI earlier in the competition but there was to be no repeat, as Holder reaffirmed his credentials with an explosive cameo.

The returning Navdeep Saini (1-30) was targeted throughout his two-over spell – the second of which yielded 19 runs, and despite picking up the wicket of Abhishek Sharma (8), the damage had been done.

Requiring six runs to win from as many overs, Holder sealed the deal in style – clubbing his third maximum of the evening off the bowling of Chahal to preserve Sunrisers’ play-off aspirations, ahead of what promises to be a fascinating finale to the league phase.

Watch every match of the 2020 IPL live on Sky Sports Cricket. You can also catch hour-long highlights of each game every weekday at 8pm and then at 7pm and 8pm on double-header weekends.