ISRAEL FOLAU's road to redemption starts here – and Steve McNamara believes he deserves a second chance rather than a ‘life sentence’ in exile.

Super League’s most controversial ever signing will make his debut for Catalans Dragons against Castleford on Saturday. 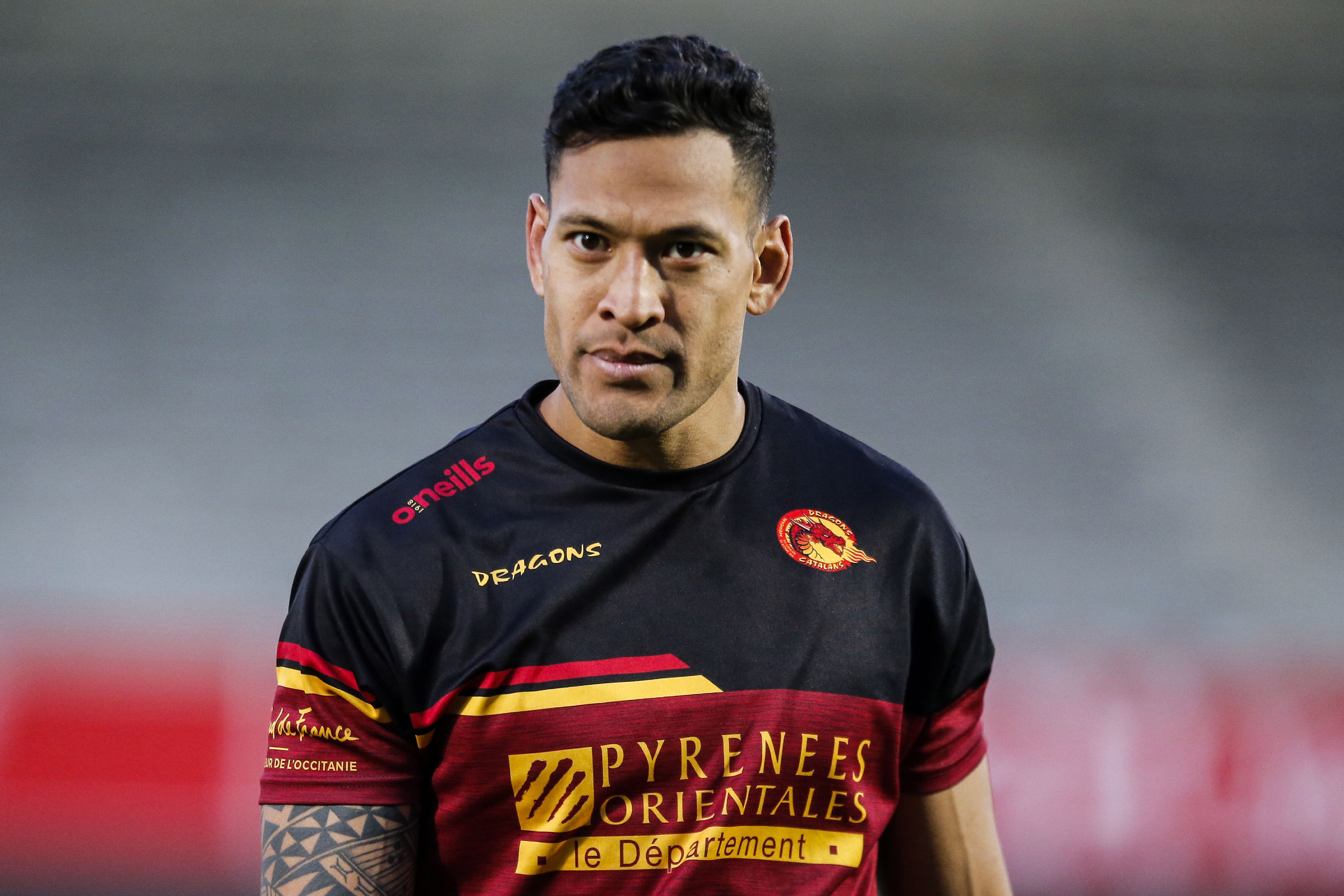 And boss McNamara, whose side have had to wait after a storm of God’s doing – Storm Ciara – forced the postponement of their game at Wakefield, is in no doubt he can get back to the top.

Folau’s last match of either code was nine months ago before he was sacked by Rugby Australia for a homophobic social media post in which he said ‘hell awaits’ gay people.

His last game of rugby league was some ten years ago but his new boss believes he can become known once again as Israel Folau the great player.

For that is why he was signed by the Dragons, even though it created a storm of opposition, not as a publicity stunt.

McNamara said: “He did deserve a second chance.

“I spoke to him in depth for a long period of time over a number of occasions. I felt it was right and he deserved the opportunity, it shouldn't be a life sentence what he was given.

“We researched Izzy as a person completely, as a coach my decision was based around his rugby league ability, his ability to add positivity to the dressing room and to really increase our opportunities of winning.

“It was based around that and his being a good personality.”