FABRIZIO RAVANELLI rolled back the years to recreate his famous celebration.

The Middlesbrough legend netted in a charity match before quickly pulling his shirt over his head and throwing his arms in the air for his trademark look. 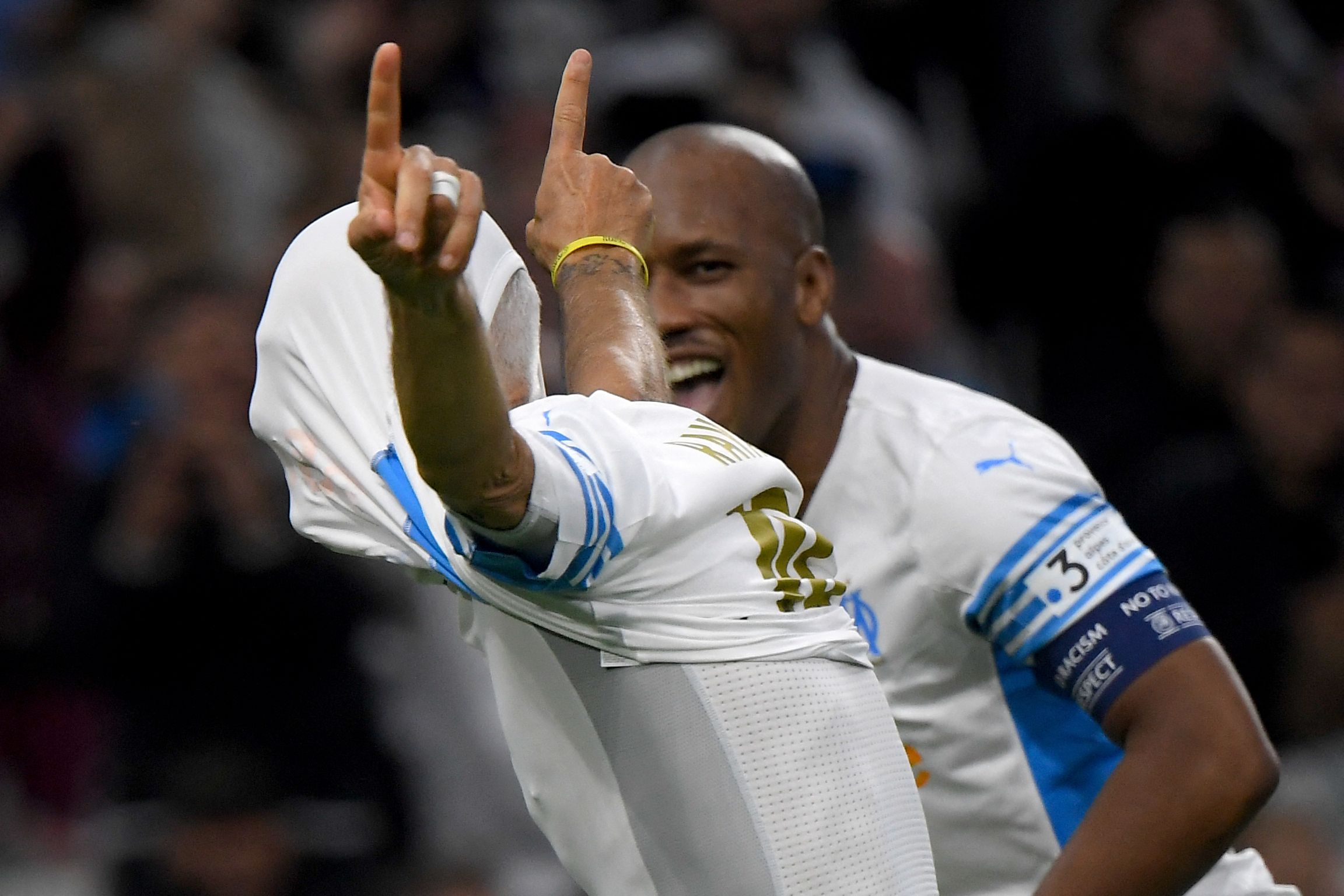 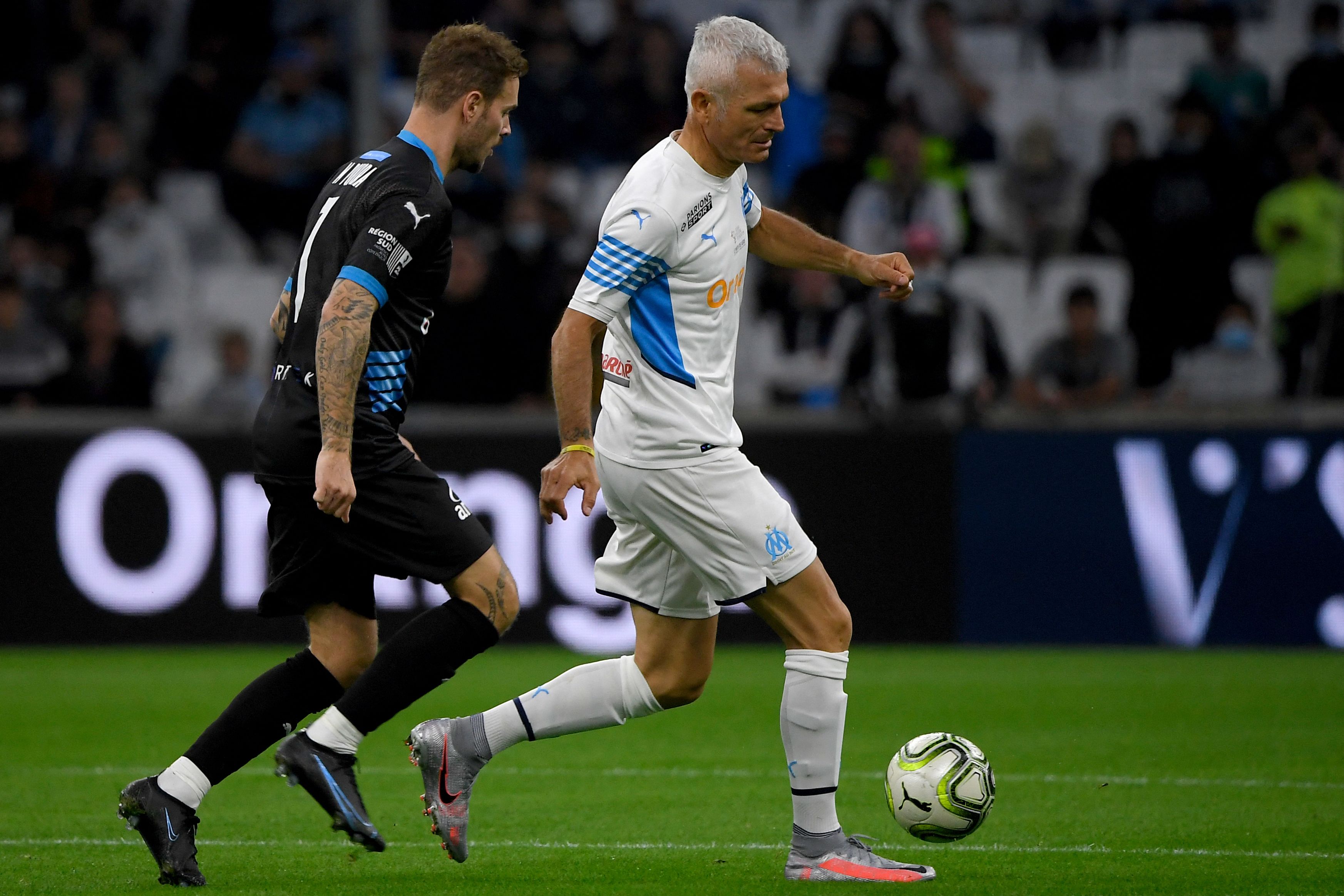 The 52-year-old was playing for a Marseilles Legends side in a one-off fixture to raise money for Unicef.

He pounced on a loose ball in the box to prod home from close range.

And he wheeled away with arms aloft and his shirt covering his face to the delight of fans at Stade Velodrome.

Ravanelli left Boro for Marseilles in 1997 after netting 16 goals in just one season in the Premier League.

The striker notched eight goals in 22 international appearances for Italy. 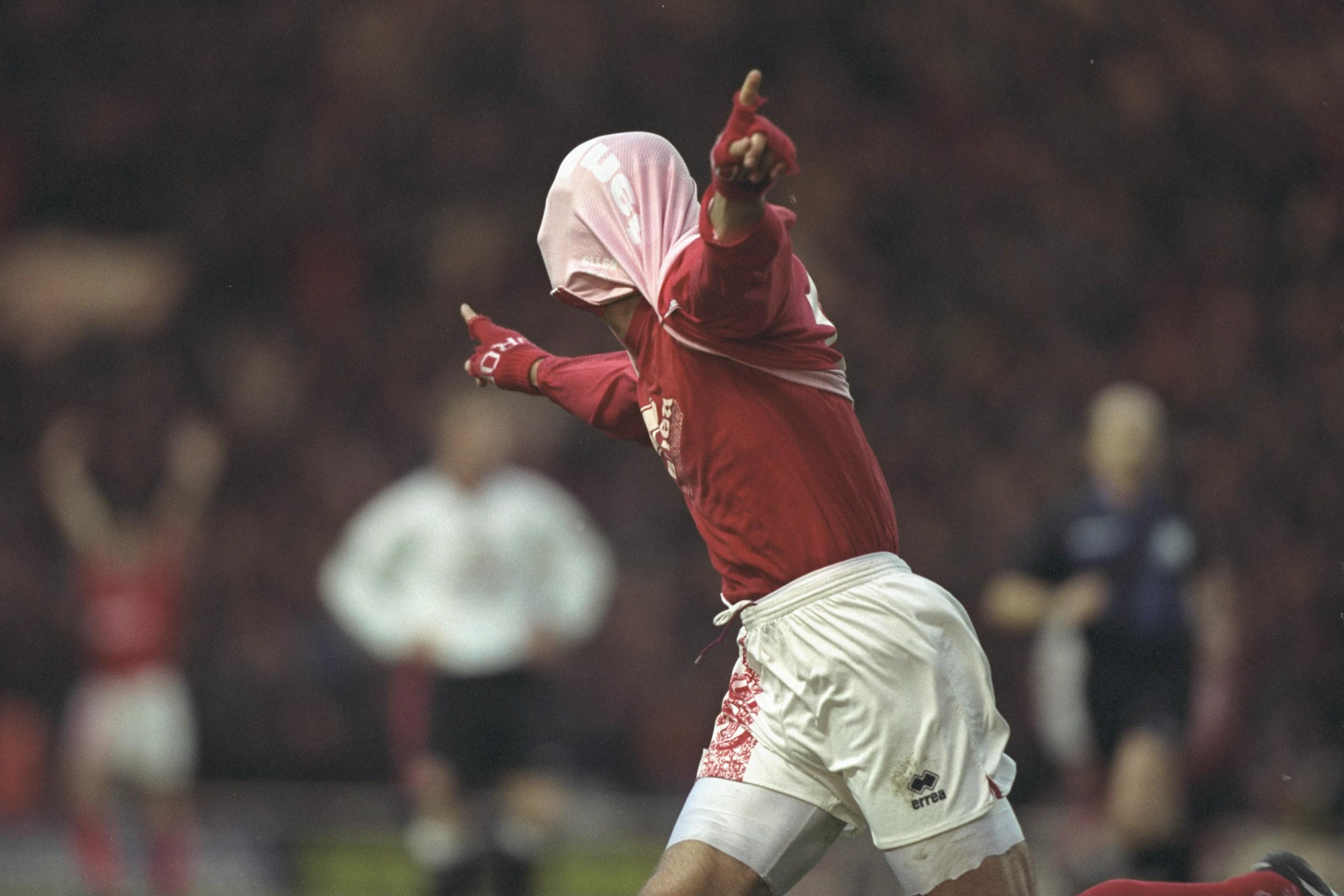 He also played for the likes of Derby County and Serie A giants Juventus and Lazio in a career that spanned almost 20 years.

Ravanelli was joined in the home side by former Chelsea striker Didier Drogba and ex-Arsenal midfielder Samir Nasri.

The Marseille Legends swept to a 7-4 victory over Wenger’s side as Drogba bagged a hat-trick.