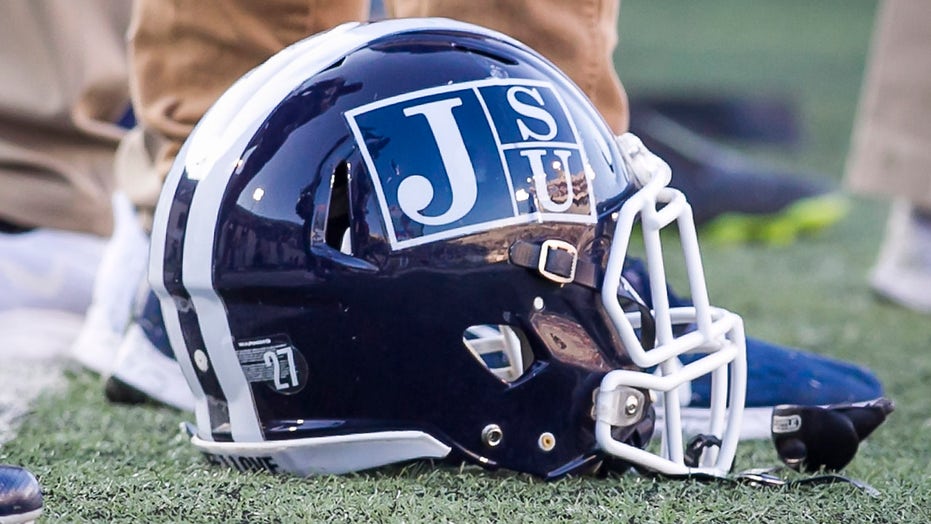 Jackson State and Southern were involved in a postgame brawl on Saturday night after Deion Sanders’ squad secured a 21-17 win and a SWAC East division title.

Tigers quarterback Shedeur Sanders, one of Deion’s sons on the team, led Jackson State back from a 10-point deficit in the fourth quarter. He threw two touchdown passes to Malachi Wideman, including a 50-yard pass with 1:31 left in the game and lifted the Tigers to the win. 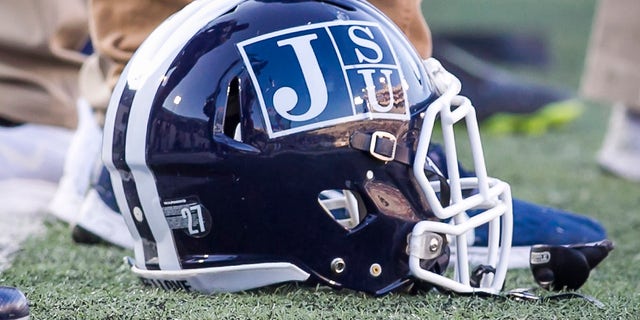 A JSU helmet on the sideline prior to the Southern Heritage Classic game between the Jackson State University Tigers and the Tennessee State Tigers on Sept. 14, 2019, at Liberty Bowl Memorial Stadium in Memphis.
(Nick Tre. Smith/Icon Sportswire via Getty Images) 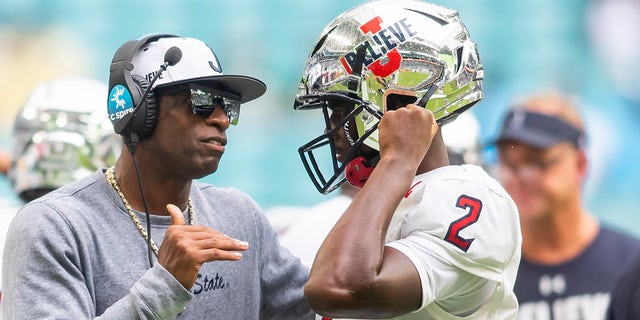 The SWAC said the incident would be under review.

“The Southwestern Athletic Conference is currently reviewing the incident which took place at the conclusion of the Jackson State at Southern football game,” officials said in a statement.

“After a comprehensive review the Conference Office will make a determination regarding necessary next steps in accordance with the league’s constitution and bylaws.

“The Southwestern Athletic Conference upholds a high standard of good sportsmanship and any conduct deemed detrimental to those efforts will be handled appropriately.” 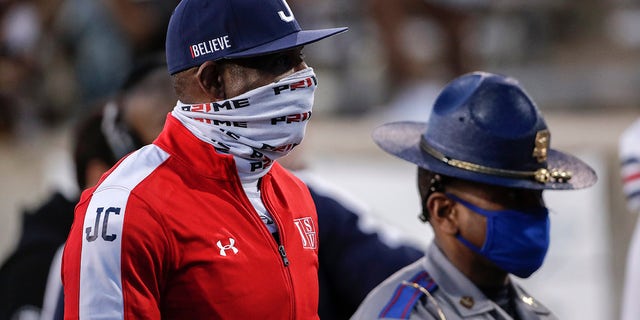 Coach Deion Sanders of the Jackson State Tigers walks off the field after the game against the Alabama State Hornets at New ASU Stadium on March 20, 2021, in Montgomery, Alabama.
(Don Juan Moore/Getty Images)

Deion Sanders, who was back on the sideline after dealing with a gruesome foot injury, congratulated his son on a job well done.

Jackson State moves to 9-1 with the win and Southern fell to 4-6.