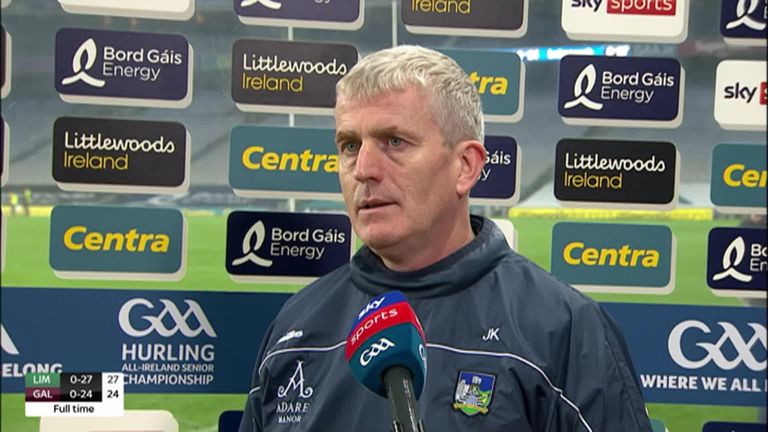 Limerick manager John Kiely said he was ‘overjoyed’ with Limerick’s resilience in their All-Ireland semi-final win over Galway.

The Treaty were forced to dig deep, weathering a late Galway fightback to secure a 0-27 to 0-24 win over Galway, and a final date with Waterford.

“We’re overjoyed to have gotten to the final,” Kiely told Sky Sports.

“It has been a long campaign. We have had three games in the Munster Championship and a really tough battle again here tonight.

“Galway were very resilient, but I think ultimately we showed the greater resilience in terms of sticking to our game-plan, the lads coming off the bench made a big impact in the last 25 minutes, they got the vital scores for us. And overall our resilience and our unity in the group shone out in the last 15-20 minutes.”

However, he was displeased with some of James Owens’ refereeing, as Galway were awarded 15 frees to Limerick’s nine.

“I wouldn’t agree that all of those frees might have been frees,” he said.

“They are in the tight [spaces], there’s a lot of contact going on there, it’s hard to adjudicate maybe. But the free-count was very, very strong in favour of Galway on this occasion. But it’s done now for tonight. We are looking forward to the final. What happened tonight is behind us.

“It is all about our preparation now and ensuring we are the best we can be in two weeks’ time.

“[Waterford] were superb here last night, so we have a huge, huge challenge ahead of us. We have a lot of work to get on with, and we’ll get on with it on Tuesday night.” 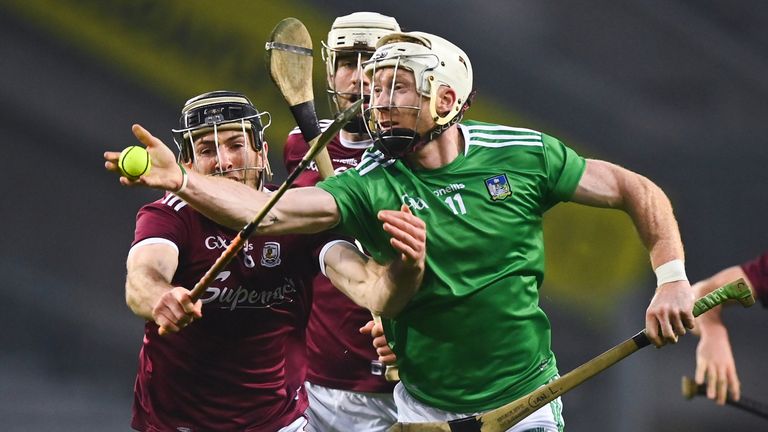 Limerick know the first area upon which they must improve; shooting. The Munster champions hit 16 wides in total.

“We did everything right, except the execution,” noted man of the match Diarmaid Byrnes. “There’s a lot to work on again, but we’ll take it. We’re absolutely delighted with it. 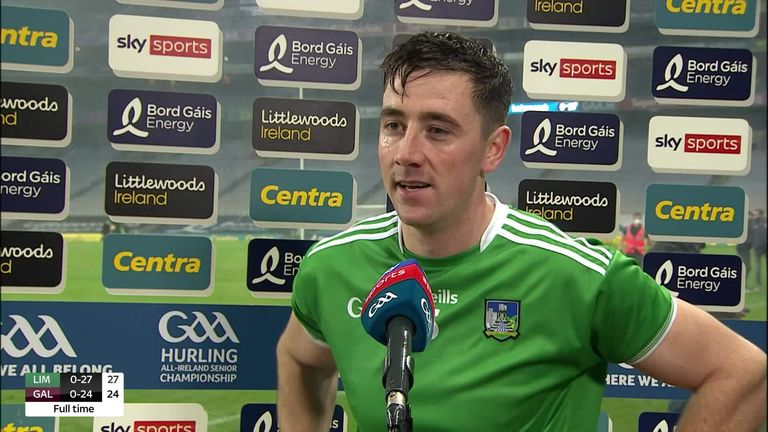 Meanwhile, Shane O’Neill was ‘immensely proud’ of his Galway players.

“It was a magnificent performance by us,” said the Limerick native. “We were part of an unbelievable game, two outstanding teams and it was just an epic match.

“It was a tough result at the end, but I’m immensely proud of what the boys did on the pitch.

“I thought we had Limerick on the ropes a few times ourselves, and probably didn’t get enough ball into the full-forward line perhaps. But I just can’t fault the boys to a man. They were absolutely outstanding. I’m very proud.” 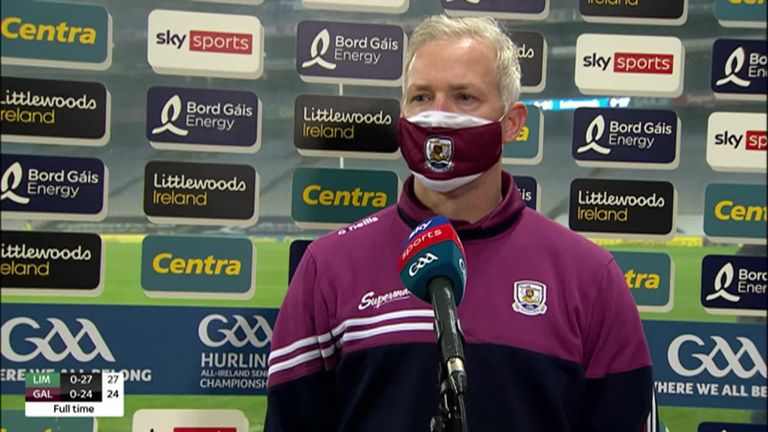 And he feels the future is bright for the Tribesmen.

“Overall outlook is positive because there is a ridiculously good group of players there. You could see the effort. To a man, they were absolutely outstanding. We’re extremely proud of what they’ve done.

“We’re not thinking of 2021 at the moment, we’re just trying to look after ourselves now after an absolutely gutting defeat.”

Celebrities
Martial arts YouTuber Sensei Seth has filmed several videos exploring the accuracy of the karate depicted in Netflix's breakout show...
Lifestyle
Duranice Pace, a singer who was part of the gospel group the Pace Sisters, died on Thursday, her family announced....
TV & Movies
MARVEL fans have been desperate to watch the new Marvel creation WandaVision on Disney+. But as enjoyable as the first...
World News
Donald Trump convinced fans ‘there is no truth’ claims ComeyJames Comey, former Director of the FBI, blamed Donald Trump for...
Beauty
Our team is dedicated to finding and telling you more about the products and deals we love. If you love...
Fashion
A MUM’S dating profile has gone viral after she openly admits she is looking to get married… while pregnant with...
Recent Posts
We and our partners use cookies on this site to improve our service, perform analytics, personalize advertising, measure advertising performance, and remember website preferences.Ok