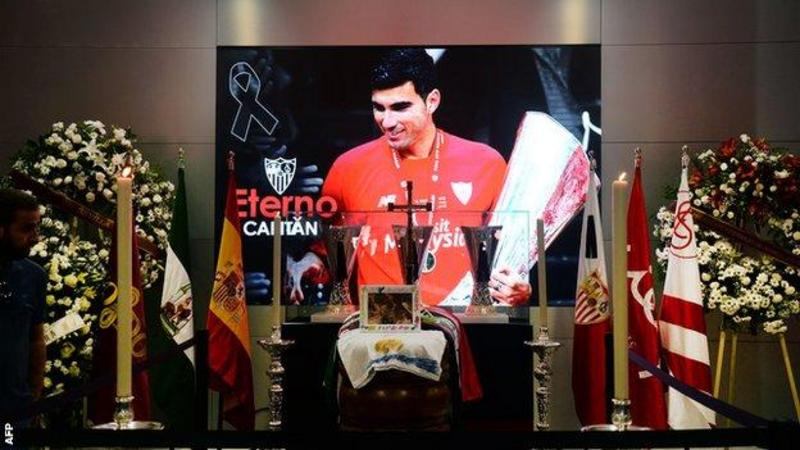 Former Arsenal winger Jose Antonio Reyes was driving at more than 135mph (220kmph) when he died in a car crash on Saturday, Spanish police have said.

The Guardia Civil’s investigation is ongoing and although the car exceeded Spain’s speed limit (75mph/120kmph), it is not clear yet if that was the “final cause” of the incident.

Reyes’ funeral was held in his hometown of Utrera, Seville on Monday.

His cousin Jonathan Reyes was also killed in the crash.

More than 11,000 fans paid their respects to Jose Antonio Reyes when his coffin was taken to Sevilla’s Ramon Sanchez-Pizjuan stadium on Sunday.

A former Spain international, he was was part of Arsenal’s ‘Invincibles’ side that went through the 2003-04 season unbeaten, winning the Premier League.

The accident happened on the A-376, a road linking Utrera with Seville.

The Guardia Civil told BBC Sport that former Sevilla captain Reyes, 35, had been driving the vehicle.

A spokesman said: “The investigation is still open. Because of that, we cannot still say that the speeding was the only and final cause of the accident. And neither can we still say the exact speed of the car. We know for sure that it was more than 220kmph.”

The five-time Europa League winner had been playing for Spanish second division side Extremadura this season.