The Leicester City goalkeeper appeared to be knocked unconscious after clashing with the knee of Iceland forward Albert Gudmundsson. 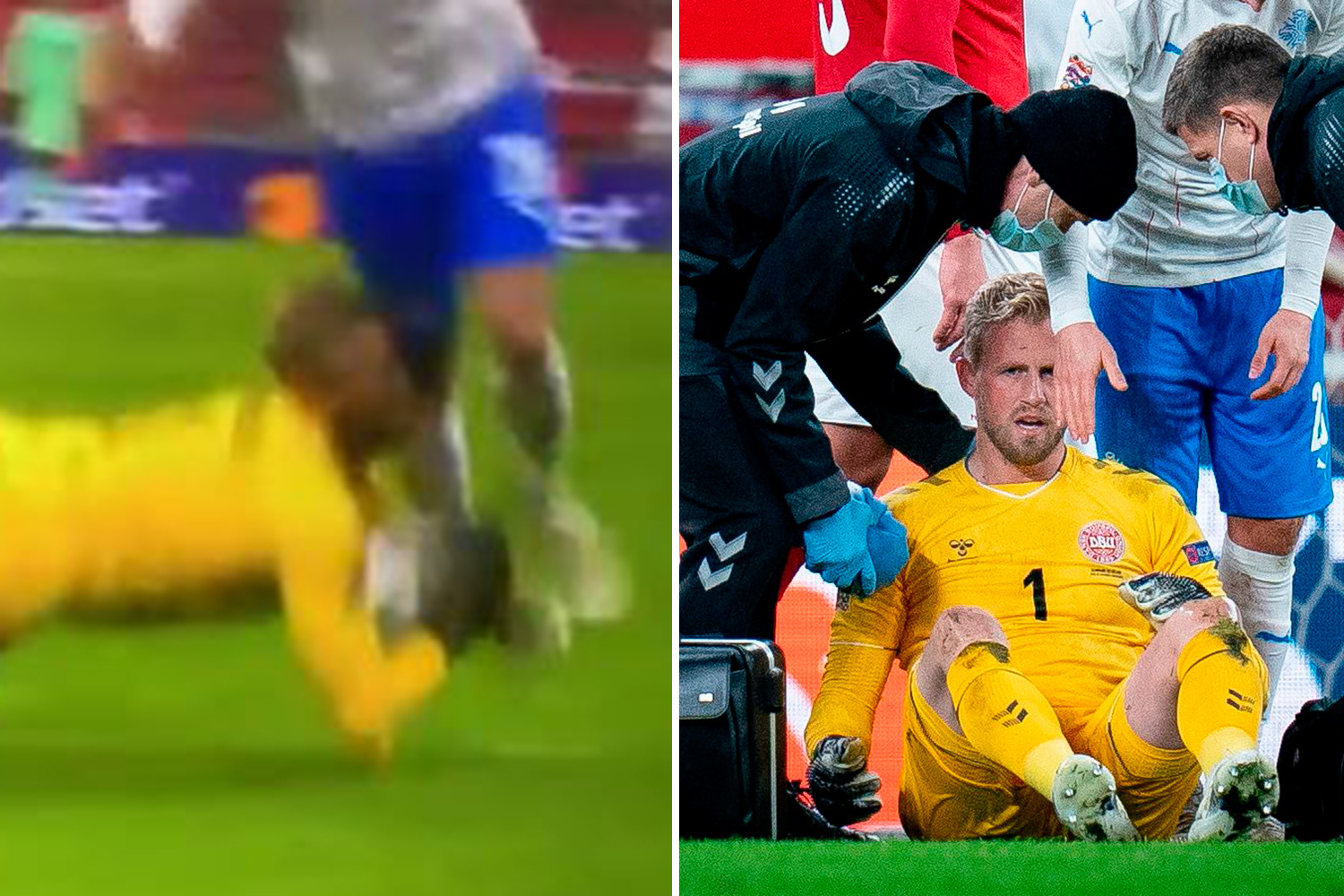 Schmeichel was able to walk off the pitch but appeared to be in some discomfort and was subbed off at the break to be taken for a complete medical assessment.

Gudmundsson was unable to slow down sufficiently to avoid the onrushing Schmeichel as the Foxes keeper came rushing off his line to catch the ball on the stroke of half-time.

The impact knocked Schmeichel's head back awkwardly, leading to concerns he may have also injured his neck.

Leicester fans will be anxiously awaiting news on the extent of Schmeichel's injury.

The 34-year-old has played in all eight of the Foxes' Premier League matches so far this season.

Eriksen opened the scoring from the spot 12 minutes into the match.

But Denmark's Nations League finals hopes looked to have been dashed five minutes from time when Viðar Örn Kjartansson equalised for the visitors.

However, Eriksen stepped up again to convert from 12 yards and help Kasper Hjulmand's to all three points.

The result puts the Danes second in League A Group 2, three points clear of England, who lost to Belgium on Sunday.

Denmark now travel to Belgium on Wednesday, knowing they need a win to qualify for next year's Nations League finals.