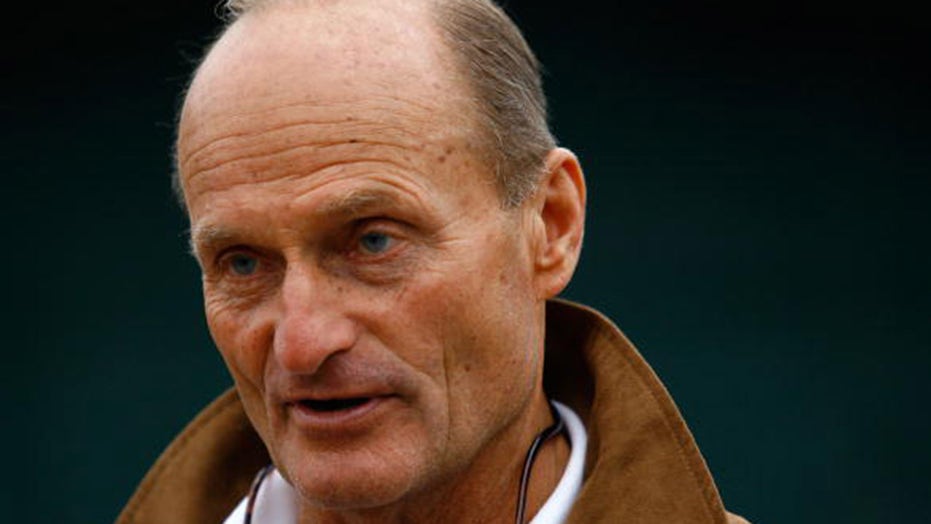 The trainer of Kentucky Derby favorite Tiz the Law expressed his concern Tuesday about upcoming protests planned outside Churchill Downs over the weekend.

Barclay Tagg, who worked with the 2003 Kentucky Derby and Preakness Stakes winner Funny Cide, told reporters he was unsure about what was going to happen to so-called “rioters,” according to the Courier-Journal.

According to Horse Racing Nation, the 82-year-old Tagg said Friday he was going to keep a close eye on the protests and that he was “very, very concerned.”

Protests stemming from the death of Breonna Taylor, who was shot and killed by police, have been happening daily since May. WDRB-TV reported that most demonstrations in Louisville have resulted in no arrests or injuries.

The Kentucky Derby is set for Saturday after having been postponed because of the coronavirus pandemic. There will be no spectators in attendance.

Tiz the Law is the 3-5 favorite to win the 146th running of the Derby. The horse drew the No. 17 post for the race. Tiz the Law won the Belmont Stakes in June.