KHABIB NURMAGOMEDOV dropped a huge hint on returning to the UFC after telling Dana White: 'See you soon'.

Nurmagomedov's fighting future appears up in the air, after he announced a shock retirement last month. 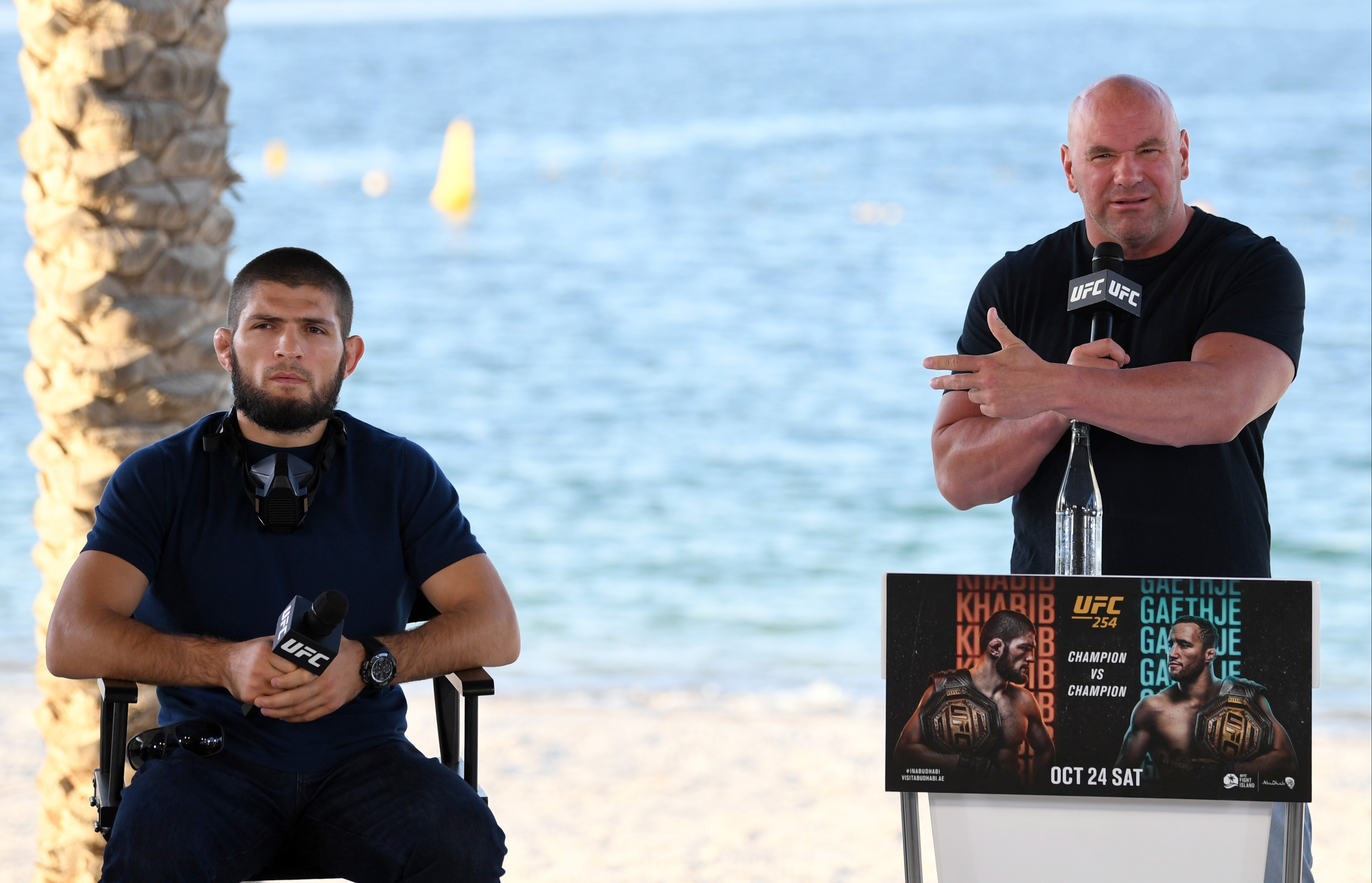 It was his first fight since the loss of his influential father Abdulmanap, who passed away aged 57 in July after contracting coronavirus.

But beforehand, Nurmagomedov confirmed his dad always wanted him to retire unbeaten in 30 fights.

It leaves UFC president White hoping the lightweight champion will return for one more, who as a result has kept hold of his belt.

He will attempt to persuade Khabib by meeting with the Russian and talking it out.

And Nurmagomedov appears on board, with a cryptic message to the UFC boss online.

He uploaded a picture of them together, and captioned it: "See you soon @danawhite."

It comes after White said: "I'm giving Khabib some time to think this over.

"He and I are going to get together and meet soon – we'll talk."

Despite White's hopes to tempt Nurmagomedov back, the 29-0 grappler has publicly stated he has nothing left to prove, and will remain retired.

And he instead wants to become a farmer and focus on studying.

Nurmagomedov said, per RT: “You can fight until you’re 40 but there should be a goal.

“I had a goal to reach the summit and I got there. Further, I have no competitive interest.

“Next year I will graduate. I’d like to [build on] my thesis, do a masters course, dedicate more time to studying.

“I’ve bought sheep, I tend to my farm. I’d like to develop in this field a little. I have the bull calves out to feed, I have cows.

“I would like to take part in a place where I can bring a benefit. It doesn’t have to be big politics.

"Right now I can bring a benefit without being a politician, and that’s enough for me.”