LEWIS HAMILTON was crowned king of the Hungaroring after winning an epic duel with Red Bull's Max Verstappen.

It was the Brit's seventh win at this track and his 81st victory in Formula One, but boy was he made to work for it. 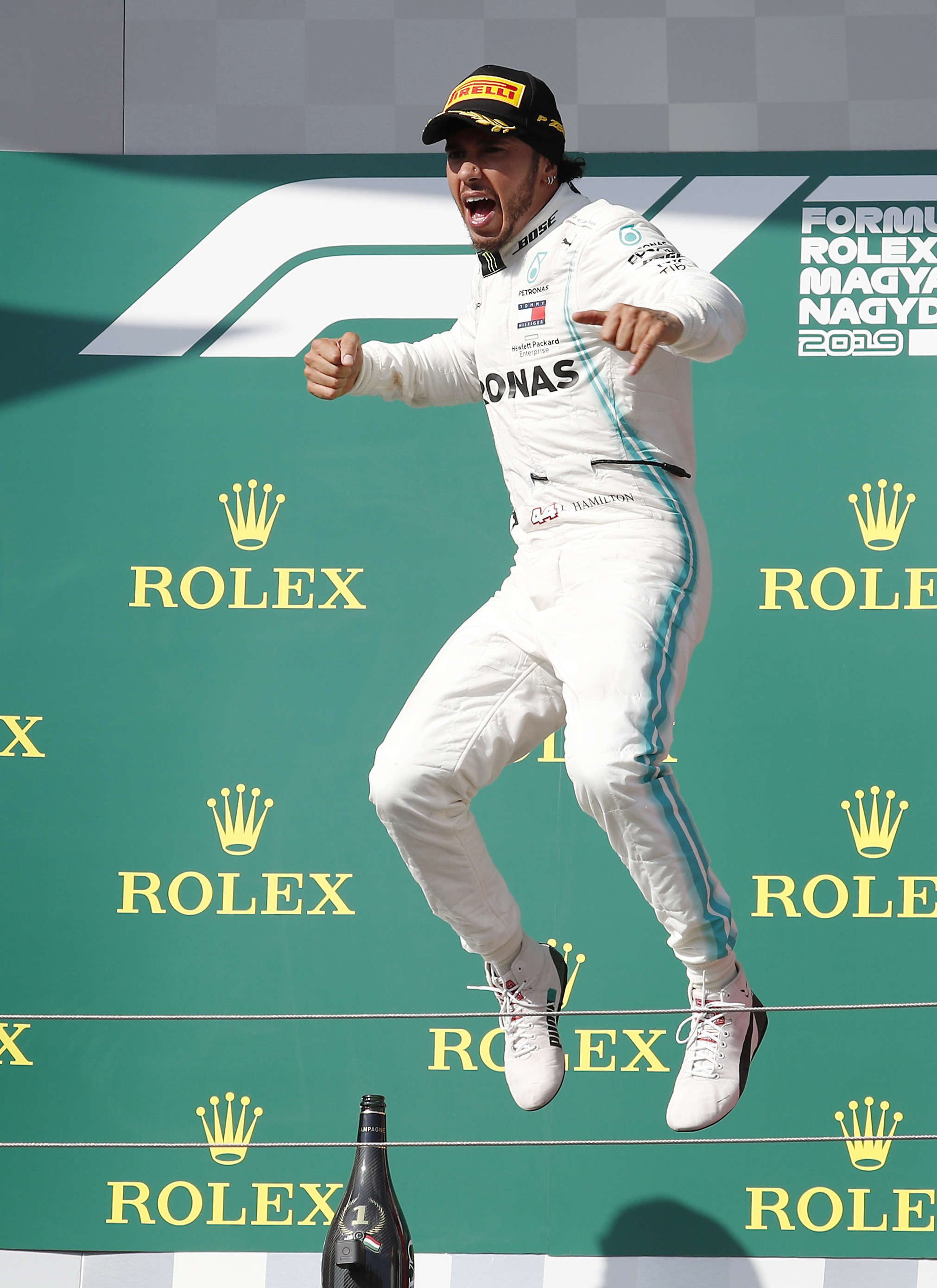 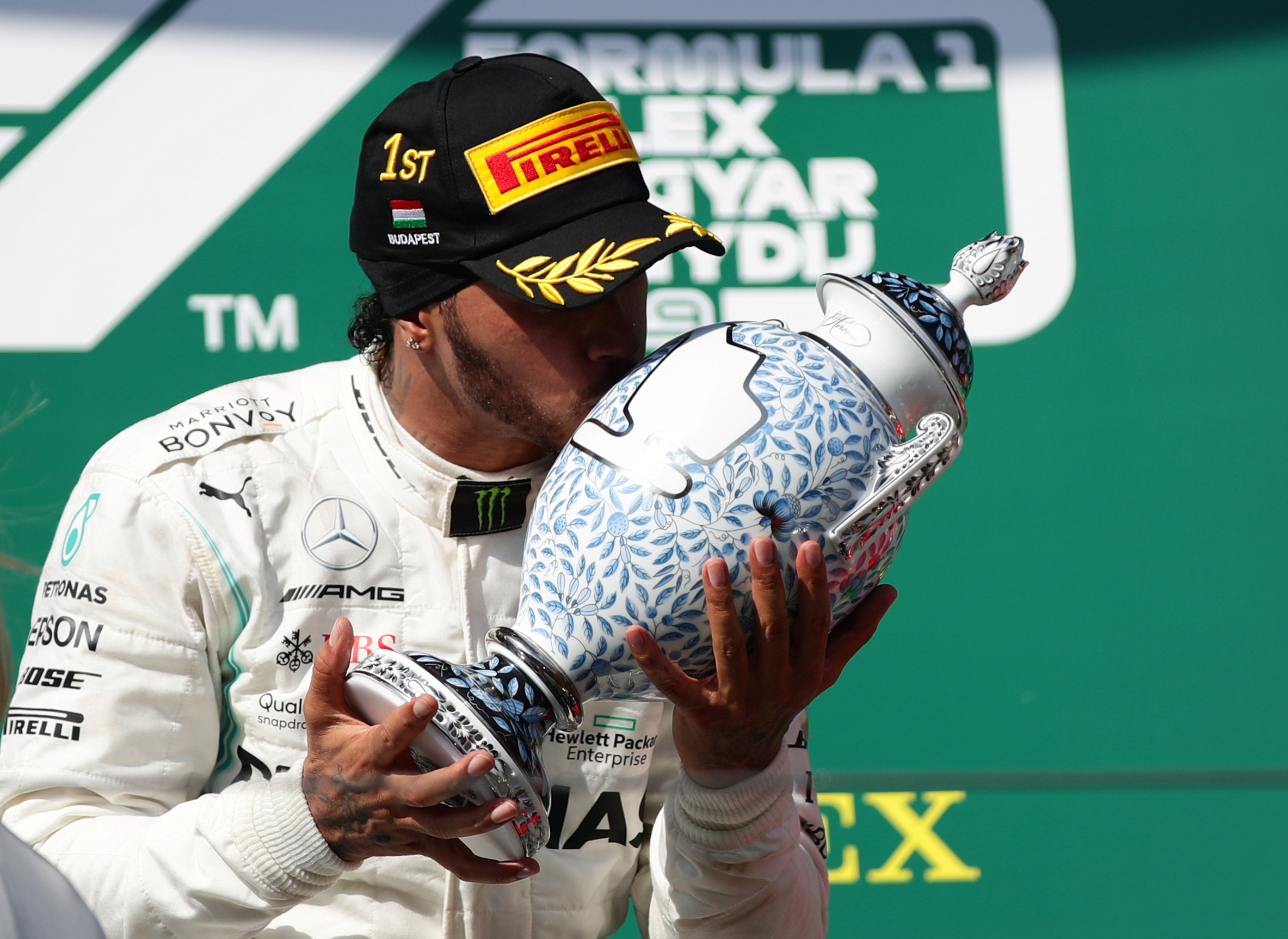 The decisive moment came on lap 49 when Hamilton, already comfortably ahead of third place, made an unexpected stop for fresh tyres.

It was a huge gamble from Mercedes, who had bungled so spectacularly in Germany.

But it allowed him to hunt down pole-sitter Verstappen at an astonishing rate before launching an overtake four laps from end.

"Oh man, that feels so good," said Hamilton, who crossed the line almost 18 seconds ahead of Verstappen.

The two drivers served up a treat as this race quickly became a two-horse race once Valtteri Bottas was out of the running.

The Finn, who started second, made contact with Hamilton at Turn Three on the first lap and then rubbed tyres with Charles Leclerc at Turn Four.

A subsequent pitstop dropped him to last place and out of contention to either push for a win or help out Hamilton.

It made it a straight shoot-out between Verstappen and Hamilton who traded blows and played out a thrilling game of pace mixed with strategy.

Verstappen was first to pit and when it was Hamilton's turn, his stop was slower, putting him five seconds behind the Red Bull.

But the Brit quickly ate into that margin and by lap 36 he has his first crack at overtaking.

FORMULA ONE bosses have agreed to a record-breaking 22-race calendar for 2020 — as SunSPORT first revealed on July 27th.

F1's owners, Liberty Media, have convinced all 10 teams to back the mammoth season, which will push their teams' staff — and equipment — to their limit.

F1's CEO Chase Carey told the teams on Saturday at the Hungarian GP and the calendar is expected to be released imminently.

Mercedes boss Toto Wolff said: "In a nutshell we've basically agreed to have a 22nd race. We've got to let Liberty do their business and the business is to grow Formula One and if they are able to attract promoters, we've got to support them.

"We are up for it. We shouldn't change the technical regulations for an additional race, that was the debate we had … it shouldn't be seen as an opportunity; 'Hooray, let's increase the number of components'.

"Equally we've got to protect our people, and all of us, because it could come to a point where it's not manageable any more with one single crew travelling to all races. So that becomes a factor that obviously needs solutions."

Last month, we revealed how plans were drawn up to swell the calendar after the Spanish GP rustled up necessary funding to earn a reprieve.

There will also be new races in Vietnam and the Netherlands, while the German GP is still expected to drop off the schedule.

He had another look at lap 37 before giving it another go a lap later.

This time he did squeeze past but he carried too much speed into Turn Four and ran wide, allowing Verstappen to regain the lead.

Hamilton, who was fighting raising brake temperatures, backed off and radioed his team, saying: "What more can I do, man?"

On lap 49, Mercedes rolled the dice and called Hamilton in for a second stop for fresh rubber as he had racked up enough time over Leclerc in third place for a free pitstop.

But it meant he had a whopping 20 second disadvantage on Verstappen with 20 laps remaining.

And so he started reeling in Verstappen's advantage so that with 10 laps to go, Verstappen's lead had been slashed to just 9.5 seconds.

And then came the news the army of Dutch fans had been dreading as Verstappen radioed his team saying "tyres are dead" on lap 64.

By lap 66 that was under half a second as Verstappen frantically tried to fed off the rampant Silver Arrow.

And so the inevitable came on lap 67. Hamilton won the drag race down into Turn One and breezed past the Red Bull struggling for grip.

Verstappen's lead was over and so his team sensibly called him in for another set of tyres.
He crossed the line in second place, a whopping 44 seconds ahead of Sebastian Vettel who was third. 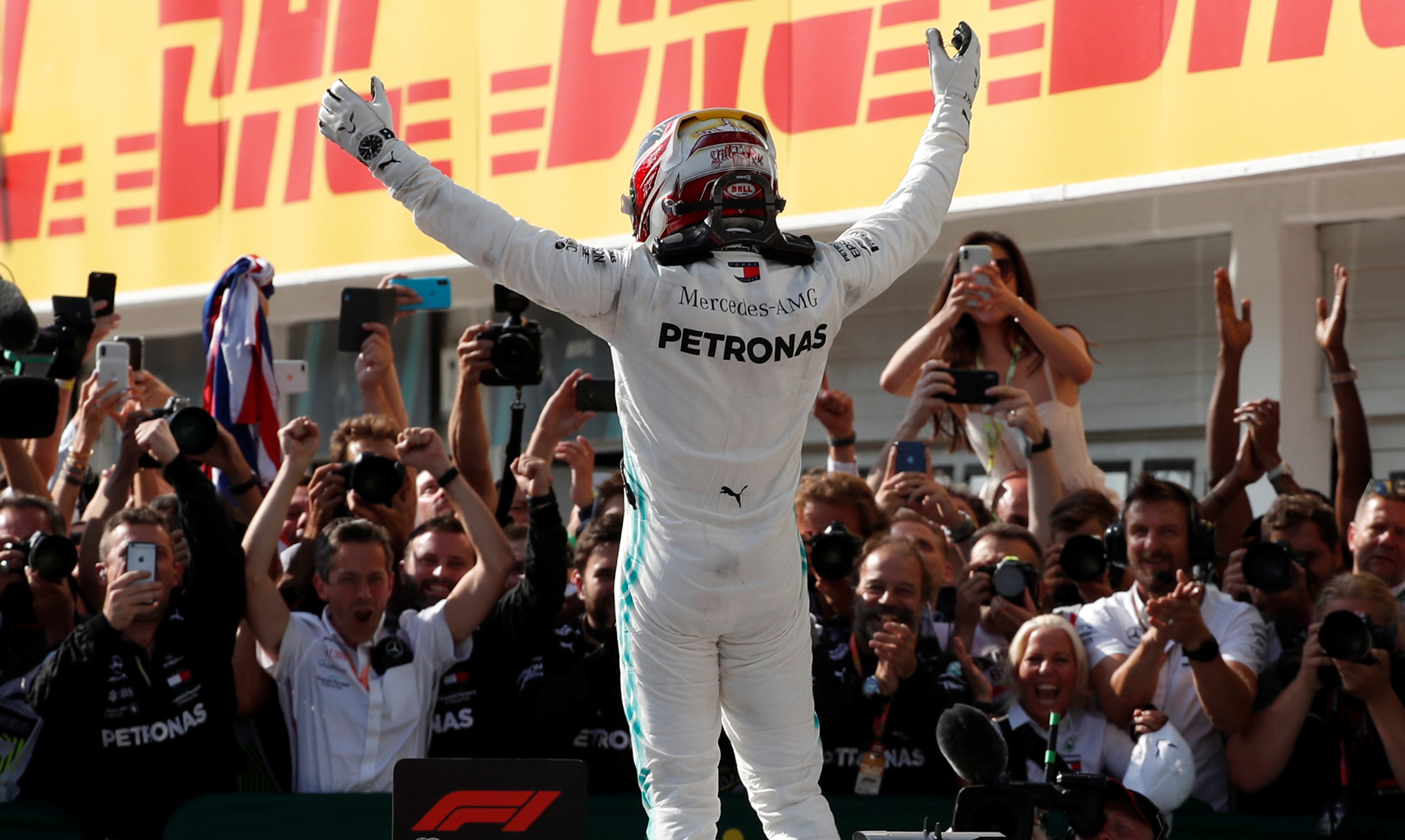 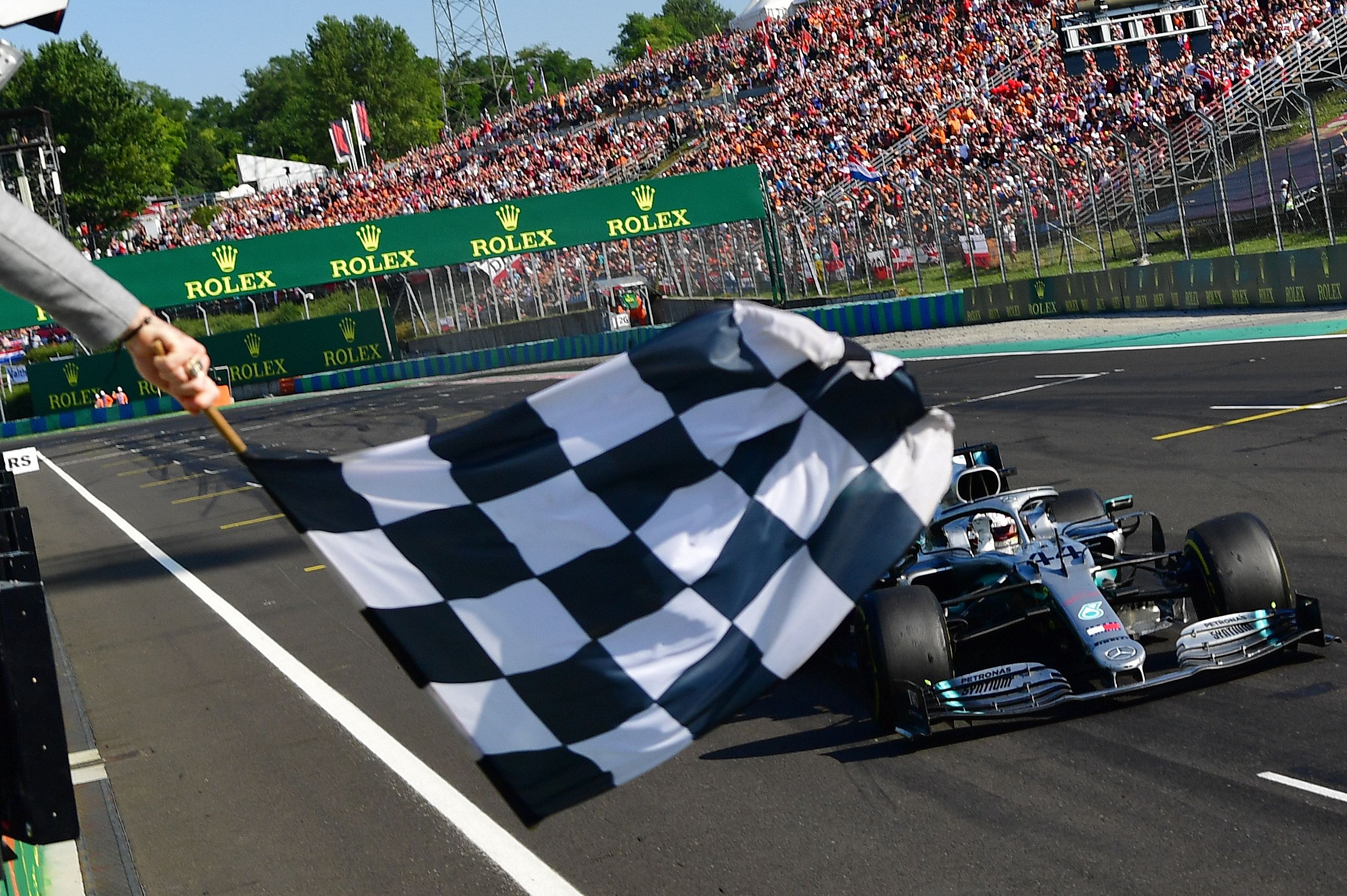