LEWIS HAMILTON could be about to lose his biggest ally at Mercedes after boss Toto Wolff admitted he was considering quitting.

Wolff joined the team at the same time as Hamilton in 2013 and together they have dominated the sport. 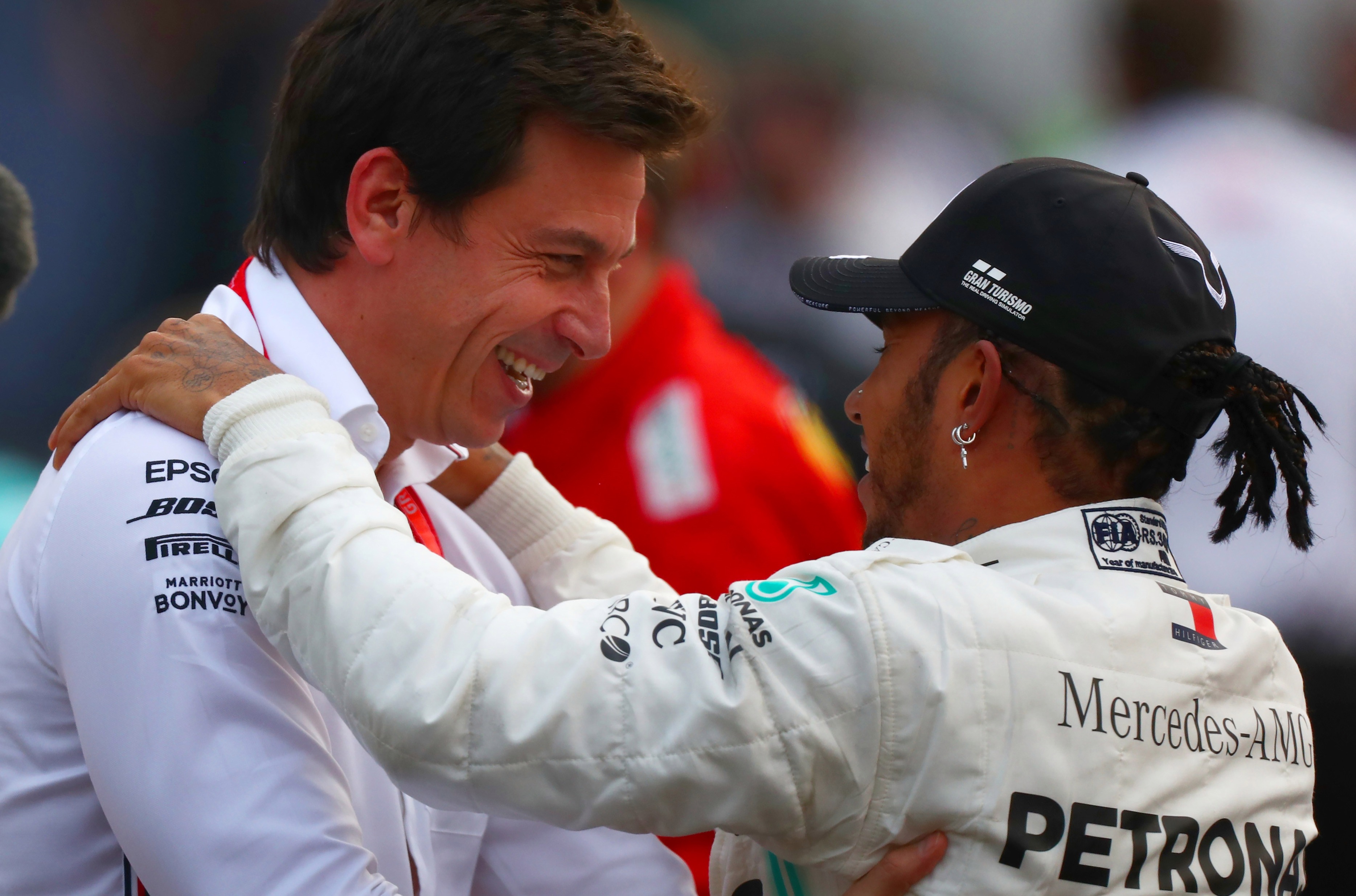 However, like Hamilton, the Austrian's contract ends in December and both have yet to sign new deals.

Hamilton has made no secret of the fact he wants to see Wolff stay on, but Wolff says he is weighing up his options with Daimler CEO Ola Källenius and his wife, Susie.

Wolff said: "I really have enjoyed many years in Formula One in that role and the discussions we are having are very good.

"I am happy that my relationship with Ola is probably as good as it can be and we speak almost every day and there are many factors that make me want to stay in Formula One.

"On the other side, it takes a toll and that is in my considerations and, as it stands there is no reason not to continue with Mercedes, but we will find out.

"What that means is it is a discussion I have to make for the future that I have to take with my wife and with Ola.

Lewis staying at the moment is the best he can do and what he wants to do. It is flattering he says it depends on what I do, but he doesn't need me.

"That doesn't mean I won't be around as a team principal or around in another role, but that I am thinking about it."

Despite his cryptic answer over his future, Wolff has urged Hamilton to commit to the team with – or without him.

He added: "Lewis staying at the moment is the best he can do and what he wants to do.

"He has the possibility of achieving great success going forward and winning more races and hopefully championships.

"It is flattering that he says it depends on what I do, but he doesn't need me.

"He has a great team there that will always support him but I have not taken a decision yet.

"I am in a moment of reflection, a reflection of where Formula One is heading to. What is happening around the Covid case. 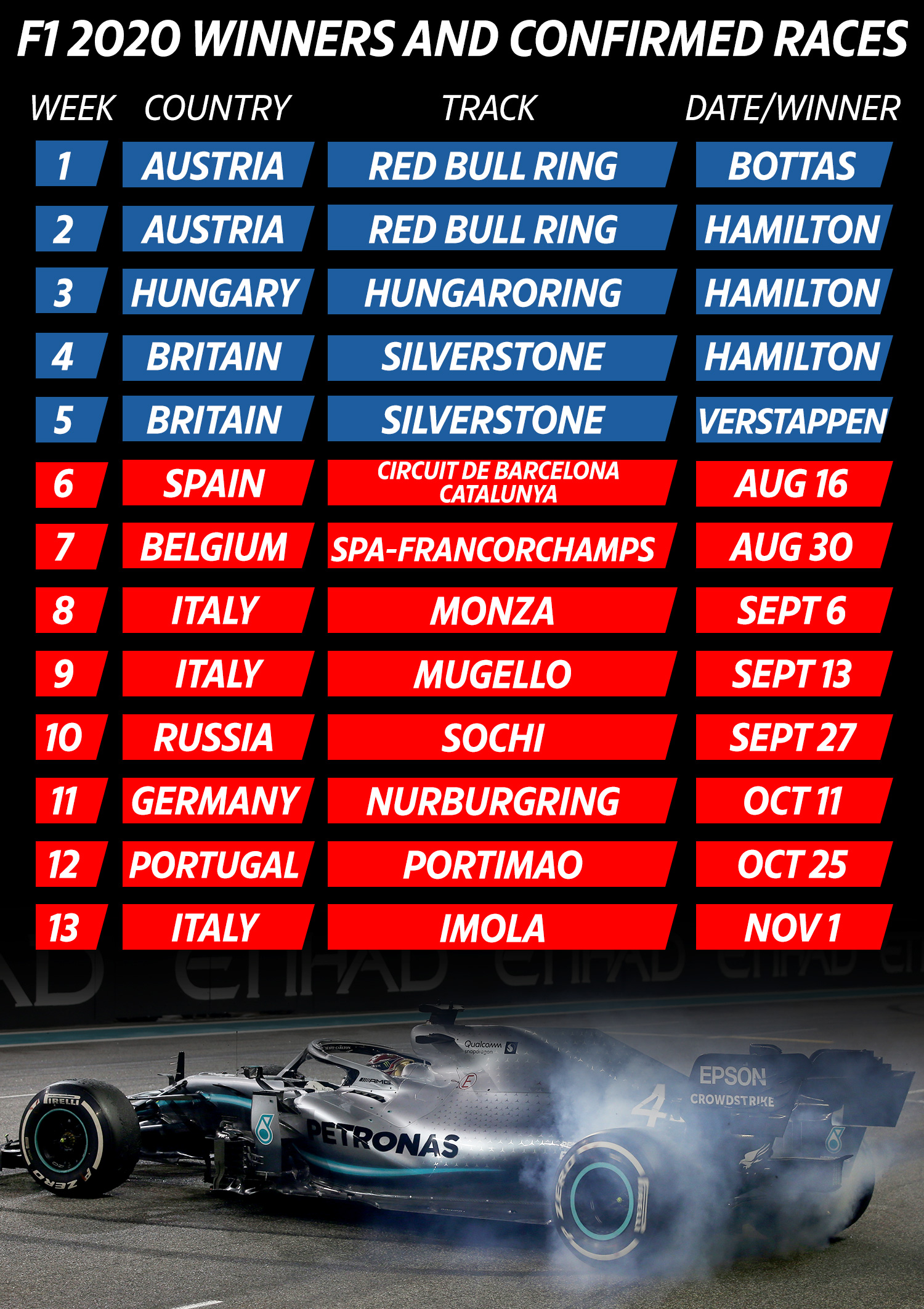 "And also personal reasons. Susie is in a good place running a Formula E team and that means she is away a lot.

"I have been to 120 F1 races in the past eight years, and that is something we are thinking about."

Meanwhile, as SunSport revealed on Wednesday, Wolff has performed a u-turn on his decision to play hard-ball over the financial terms of the Concorde Agreement – the deal that includes how F1's $1billion prize pot is divvied up – after a discussion with the sport's CEO, Chase Carey.

He added: "I don't think the teams will ever be united and everybody tries to achieve deals outside.

"So we have decided to move forward as I had some very good discussions with Chase last weekend.

"Most of the clarifications that we wanted to achieve have been discussed and we are at a good point to sign the agreement and move on."

Szafnauer delivered a scathing attack on Brown last week following McLaren's intention to join the group of teams pressing for them to be punished further for copying Mercedes' brake ducts.

Racing Point have been fined £361,000 and docked 15 points after falling foul of the rules, while McLaren have now ceased pursuing the matter.

Szafnauer said last week: "I'm surprised at how little he [Brown] knows about the rules of Formula One. It seems to me he knows more about historic racing than he does about Formula One."

And Brown hit back with a ziner, saying: "A lot of what Otmar said was accurate. I am not an engineer.

"I don't know the rule book from the first page to the last page, but I am CEO of a racing team and it is their job to know the rulebook and the regulations.

"Otmar thought it was seven and a half points until Sky television pointed out that it was for each car.

"As far as historic racing, well people who know me know I enjoy historic racing and I'd invite him to come and join me because he's got a historic car that he's currently racing."