Before yesterday's match got underway their were protests from United fans directed at the Glazer family for what they deem as poor running of the club. 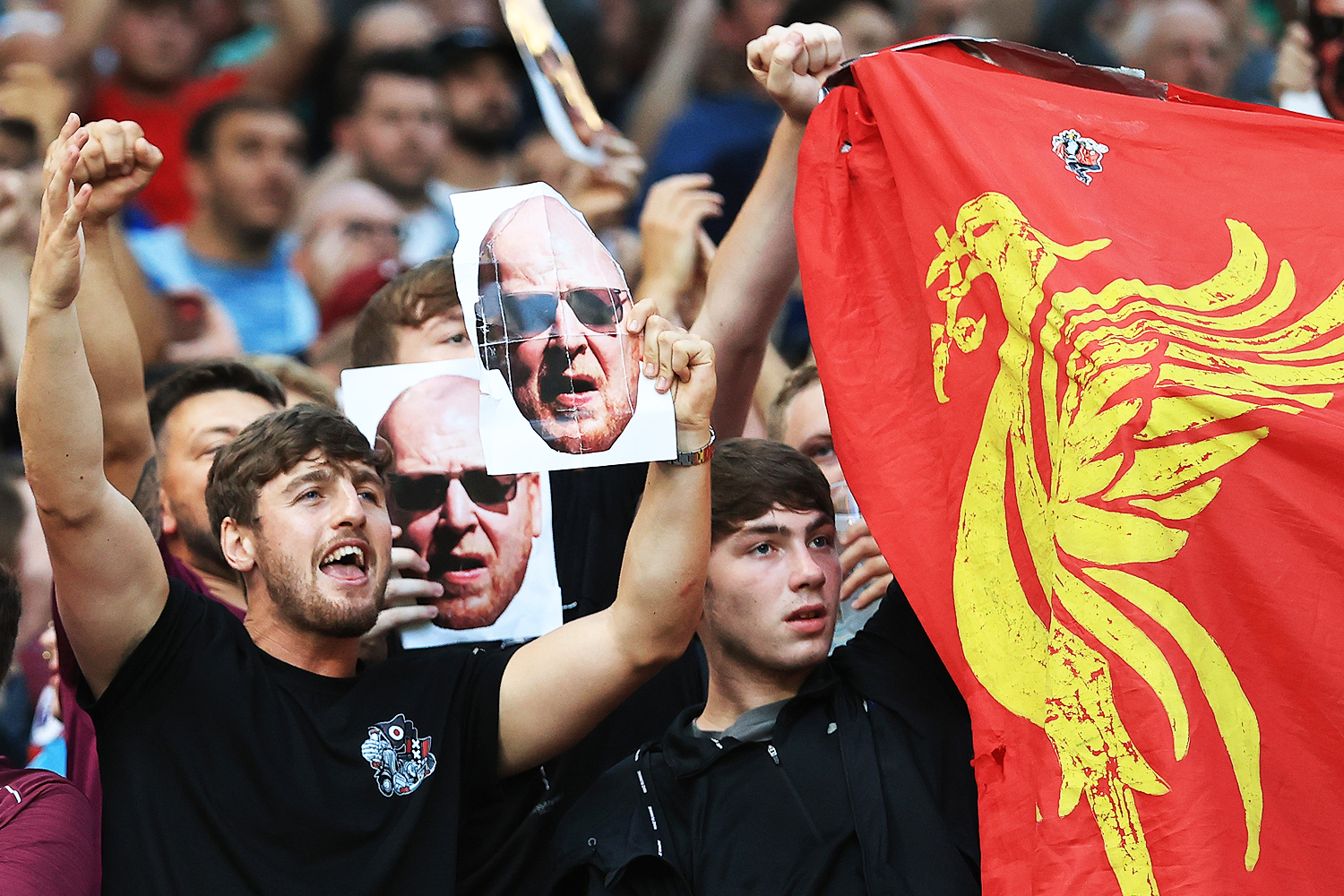 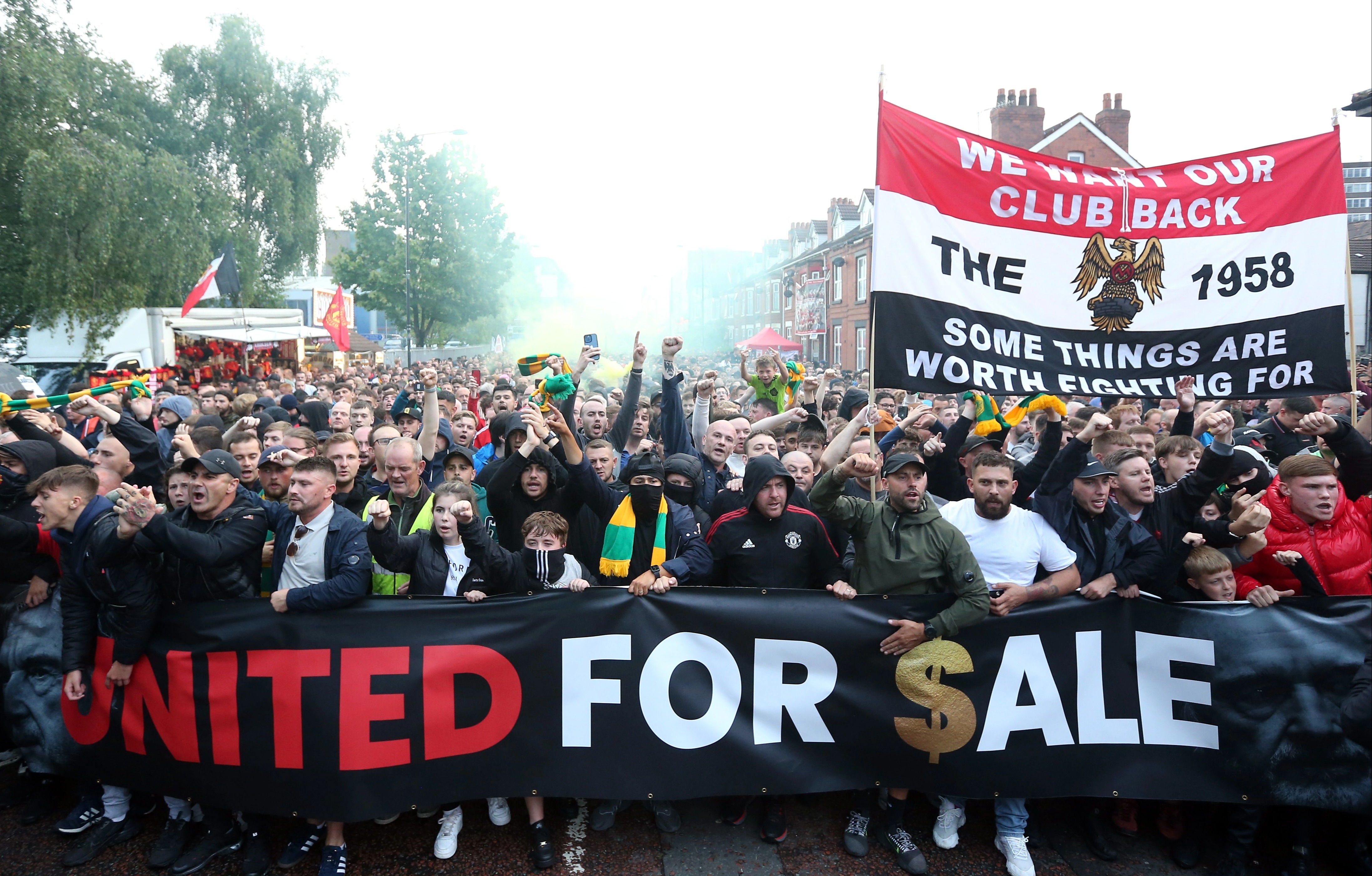 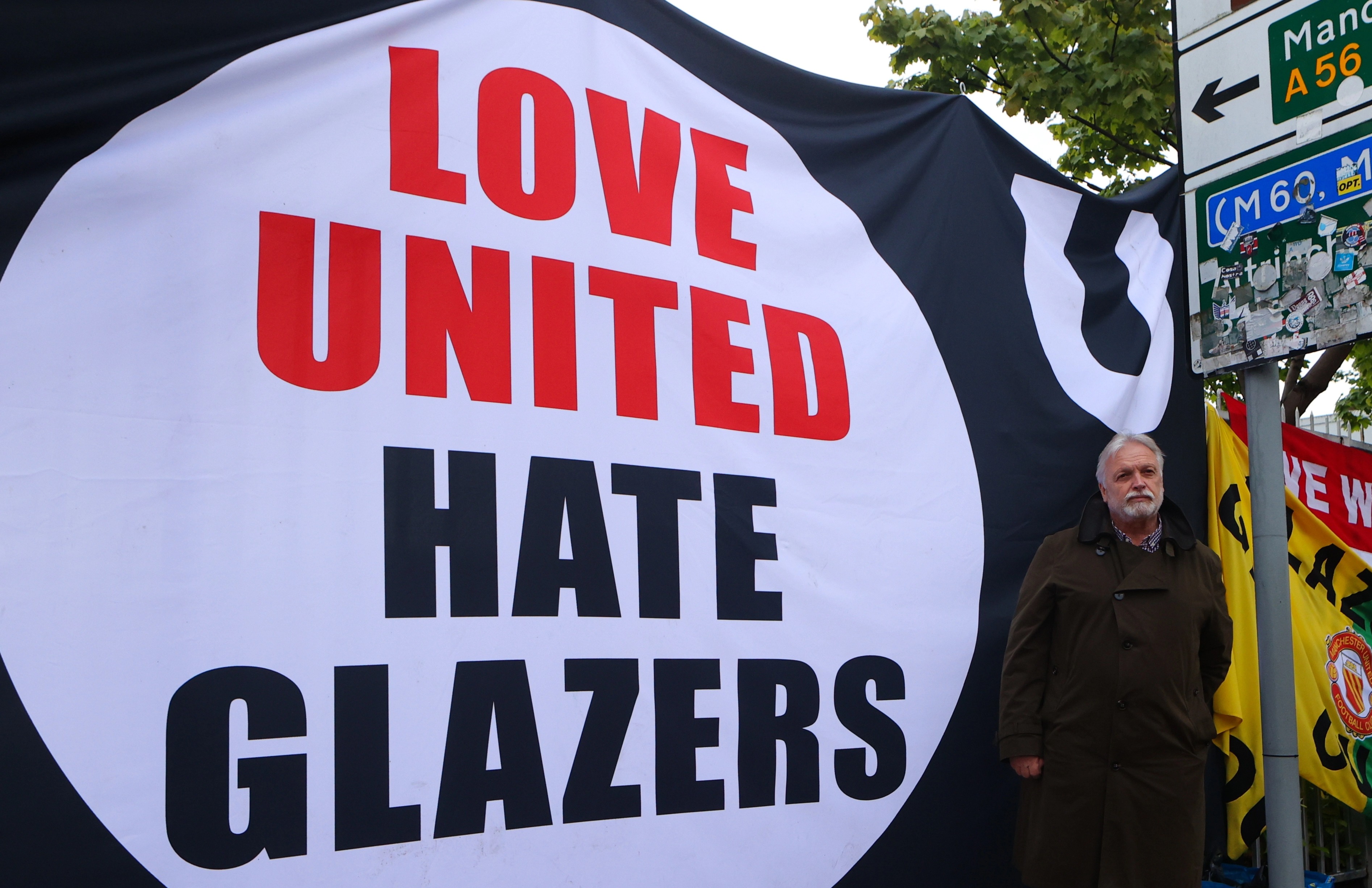 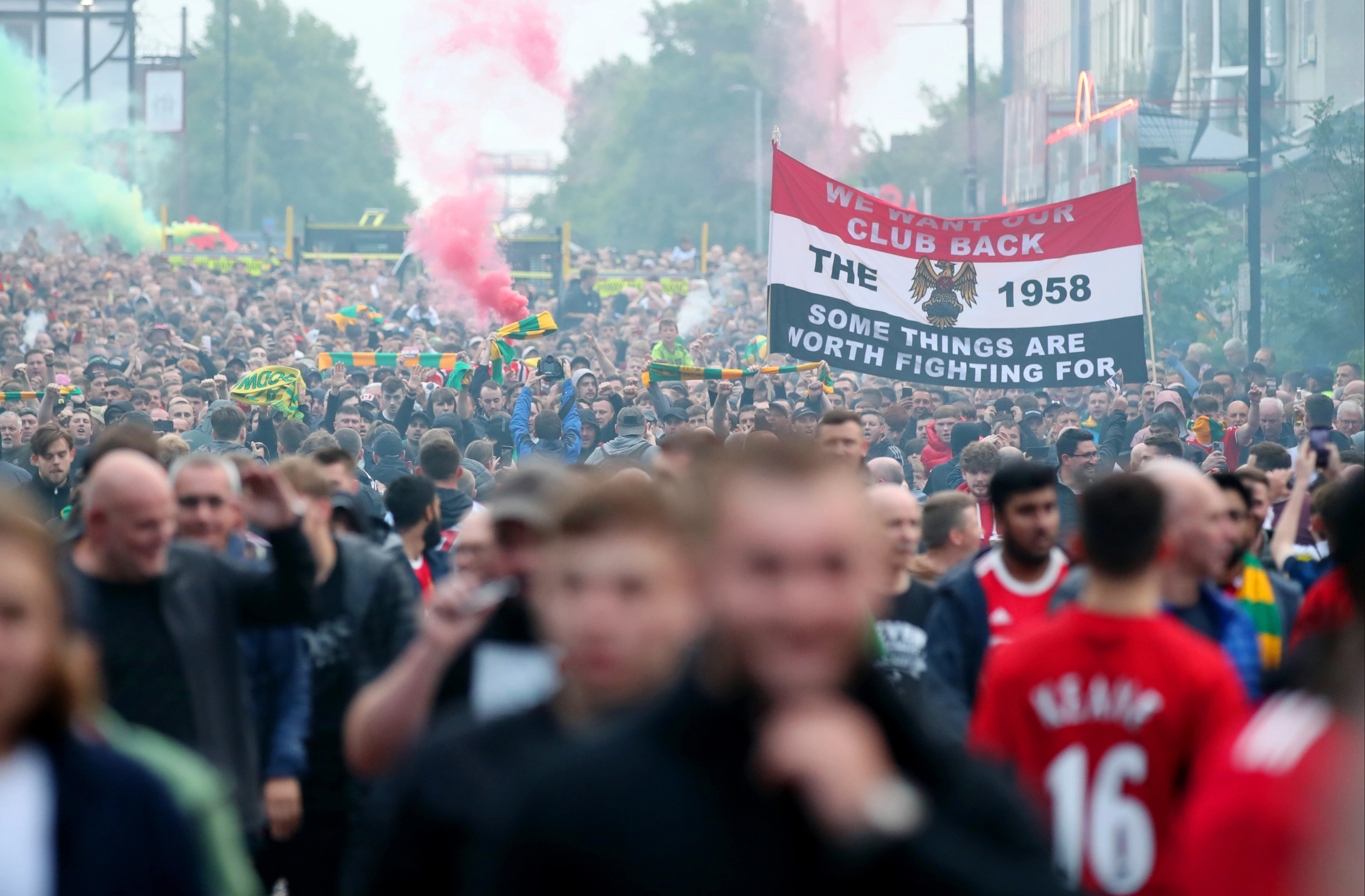 Liverpool fans revelled in their rivals' frustration by holding up pictures of Avram Glazer's face and chanting about the family prior to kick-off.

They sung: "Up the Glazers."

Man Utd supporters group 'The 1958' were behind the latest protest march.

According to reports, 10,000 fans were involved in the show of anger.

Many Manchester United fans have been left fuming at poor results on the pitch, bad transfer business, a failure to renovate at 'dated' Old Trafford and that the Glazers have taken huge sums of money out the club.

United's debts have risen to nearly £500million while dividend payments have still been made to shareholders in recent months.

One of Britain's richest men, Sir Jim Ratcliffe, is reportedly interested in buying the club.

A banner yesterday held at the front of the march read "United for sale" with Ratcliffe's face on it.

The players on the pitch were not affected by the disgruntled fanbase, responding from humiliation versus Brentford to defeat Jurgen Klopp's side 2-1.

Goals via Jadon Sancho and Marcus Rashford were enough to give Erik ten Hag his first three points as manager.

All eyes continue to be on the Glazer family and the business the club does before the transfer window closes next week.

They have just signed Casemiro from Real Madrid for £70million and remain keen on Frenkie de Jong and a fee is rumoured to have been agreed with Ajax for Antony.