Logan Paul (left) in the ring with Floyd Mayweather

YouTuber Logan Paul went the distance with Floyd Mayweather in the pair’s exhibition boxing match on Sunday night, with no knockout and no official winner in the eight-round contest at Hard Rock Stadium in Miami, Florida.

Retired five-weight world champion Mayweather (50-0) took to the ring for the first time since a stoppage victory over kickboxer Tenshin Nasukawa in an exhibition contest in December 2018. Paul, meanwhile, was boxing for the third time, having drawn an exhibition bout with fellow YouTube personality KSI in 2018 before being outpointed by the Briton in a professional rematch a year later.

Mayweather, 44, weighed in at 155lbs ahead of the clash with 26-year-old Paul, who tipped the scales at 189.5lbs. No judges were involved in the bout, with neither fighter wearing headgear but 10oz gloves sported by each man after a late-notice change.

Paul was hesitant to throw for much of the first round, with Mayweather content to stay on the outside and gauge his opponent’s range. Paul flicked out the occasional jab and Mayweather offered infrequent counters, before the YouTuber poured it on late on as Mayweather shelled up.

There was more activity from the two Americans in the second round, with the pair clinching in the third as Paul looked to use his size advantage to control Mayweather. Both men landed punches in close, before Mayweather began to land heavy punches as the frame neared its conclusion.

In the fourth round, Mayweather pressed forwards with greater conviction as Paul tired, and the former champion again landed a series of bruising shots in the fifth.

Paul was able to survive that barrage and the last three rounds, with boos raining down as the final bell sounded without Mayweather having secured a knockout.

“I had fun,” Mayweather said after the fight. “You’ve got to realise, I’m not 21 anymore.

“He’s better than I thought he was. He’s a tough, rough competitor. I was surprised by him. 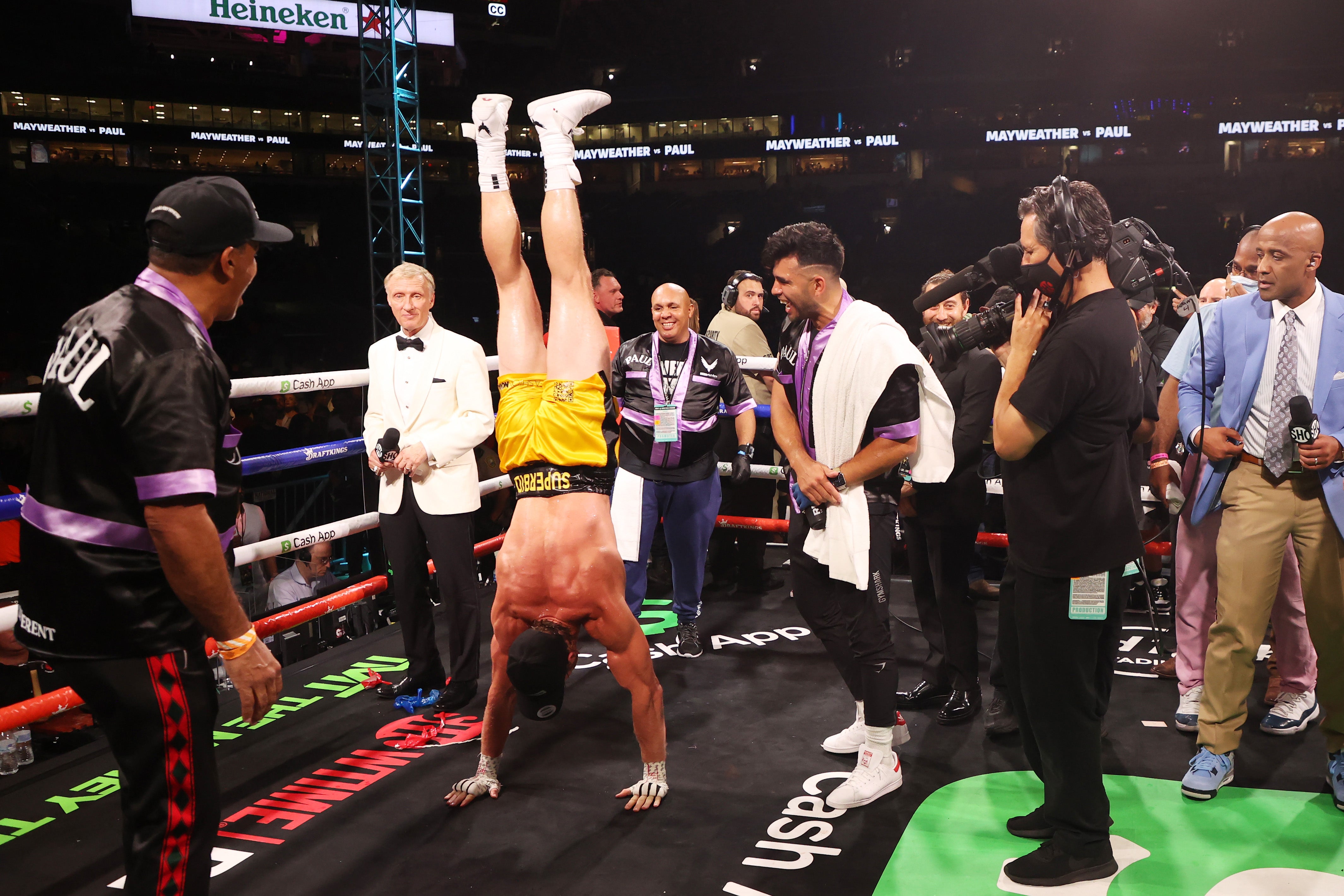 “He knew how to use his weight and tie me up.”

Paul said: “I don’t want anyone to tell me anything is impossible ever again. Everyone has it in them. Floyd Mayweather, it was an honour.

“You never know with this guy. I’m going to go home thinking: ‘Did Floyd let me survive?’

“This is the coolest thing ever. Floyd Mayweather vs Logan Paul 2?”