In 2018, Lucas Giolito of the Chicago White Sox did something no pitcher had done in a decade: He recorded an earned run average higher than 6 in more than 170 innings of work.

In 2019, Giolito is doing something no pitcher has ever done immediately after ending a season with an E.R.A. over 6 — turning himself into a legitimate ace.

Heading into Friday’s start against the Yankees, Giolito, 24, has been nothing short of sensational. He has gone from being the worst full-time starter in the majors last season — with a 6.13 E.R.A. and an American League-leading 90 walks — to dominating with a 9-1 record, 2.28 E.R.A., 89 strikeouts and just 22 walks in 75 innings.

People have started to notice: Last week he was named the A.L.’s pitcher of the month for May, and some are starting to wonder if he should start the All-Star game.

“It’s fun to finally be able to do what I know I’ve been capable of,” Giolito recently told reporters. “I just haven’t shown it.”

There was reason to believe Giolito could be in for a serious improvement. Two years before his horrific 2018 season, he was named the No. 3 prospect in baseball by both MLB.com and Baseball Prospectus. (Baseball America had him at No. 5.)

And though he also struggled in a short major league stint with the Washington Nationals in 2016 — a hiccup that may have led to the decision to include him in a trade for Adam Eaton — the raw potential was always there.

The extent of his turnaround in just one season, however, is shocking.

Since 1901, there have been just 27 seasons in which a pitcher threw at least 170 innings and had an E.R.A. higher than 6. Of the 26 such examples before Giolito, only two, Darryl Kile and Mike Hampton, managed E.R.A.s of less than 4 the next season. And both of them owed their turnarounds to being traded away from the Colorado Rockies and their thin-air park. 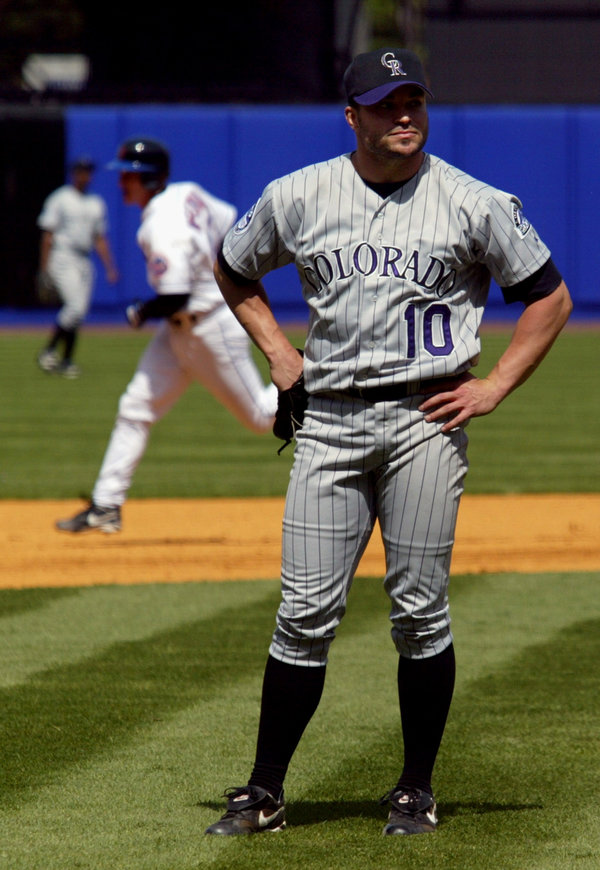 Giolito has remained with the same team, and his improvement still has far surpassed what either of those veteran pitchers did.

When you adjust the pitchers’ E.R.A.s for the time period they played in and for their home park, Giolito has gone from being 31 percent worse than the league average in 2018 to being 98 percent better than the league average in 2019 — a swing of 129 percentage points. Hampton, who was traded to Atlanta before the 2003 season, improved by 34 percentage points. Kile, who was traded to St. Louis before the 2000 season, improved by 32.

Of the 24 other pitchers on this ignominious list, 17 remained starters the next season, six became relievers, and one left baseball. As expected, because of regression to the mean after such a terrible season, all 17 of those remaining starters saw at least a mild improvement in E.R.A. the next season, with an average jump of 20 percentage points against the league average.

Although none of them came close to matching Giolito’s single-season turnaround, a few serve as precedents for a young pitcher surviving a terrible season and eventually becoming a star.

Javier Vazquez recovered from a 6.06 E.R.A. in 1998 — when he was just 21 — and became an All-Star six seasons later. But the player that the White Sox are undoubtedly hoping Giolito will most closely emulate is Chris Carpenter.

At 25, Carpenter bottomed out with a 6.26 E.R.A. over 175⅓ innings, running his career E.R.A. up to 5.04. Despite having been a first-round draft pick and having reached as high as No. 27 in Baseball America’s prospect rankings, the right-hander ended up on a fairly short leash. After two more mediocre seasons and a severe shoulder injury, he was released by the Blue Jays.

That was a big mistake. Carpenter spent 2003 rehabilitating his throwing arm — a process that involved a second operation — and in 2004 he began an incredible run for St. Louis. In nine seasons with the Cardinals — three of which were largely lost to injury — he went 95-44 with a 3.07 E.R.A. He won the Cy Young Award in 2005 and placed among the top three in the award voting for two other seasons. And, perhaps most important, he went 3-0 in World Series starts, helping the team win two championships.

While Vazquez’s struggles were most likely a result of age, and Carpenter struggled with health and consistency, Giolito has said his problem was overthinking things. He solved that, he said, with a new pitching motion that drastically improved his control.

“Just more compact, athletic,” Giolito has said of his updated mechanics. “Arm action’s shorter, so less time for error. So like, when my front foot strikes the ground and the power and the weight transfers, my arm is in a more ready-to-fire position than it has been in the past.”

It’s working. His average fastball is up to 94.6 miles per hour, according to Fangraphs, an improvement of nearly 2 m.p.h. over last season. And in a sign that Giolito is becoming a complete pitcher, his most effective pitch has been his changeup, which had never been a particularly good weapon for him in the past.

In truth, Giolito’s eight consecutive excellent starts are noteworthy, but there is no way of knowing if he can keep the run going. His performance going forward will be crucial for the White Sox, a team that is making the old Boston Braves saying of “Spahn and Sain and pray for rain” — implying the club had only two good starters — seem luxurious. Beyond Giolito, the White Sox’ three most-used starters have E.R.A.s of 6.21, 6.28 and 7.00.

The good news, it would seem, is that Giolito can give them advice on how to endure such terrible seasons and come out stronger on the other side.

Benjamin Hoffman is a senior staff editor and regular contributor to the Keeping Score column in sports. He joined The Times in 2005. @BenHoffmanNYT • Facebook