LUTON slammed a 'Watford fan' who threw a flare into their stadium during the minute's silence for Prince Philip.

Red and yellow smoke clouded both sets of players at Kenilworth Road as they paid their respects to the Duke of Edinburgh. 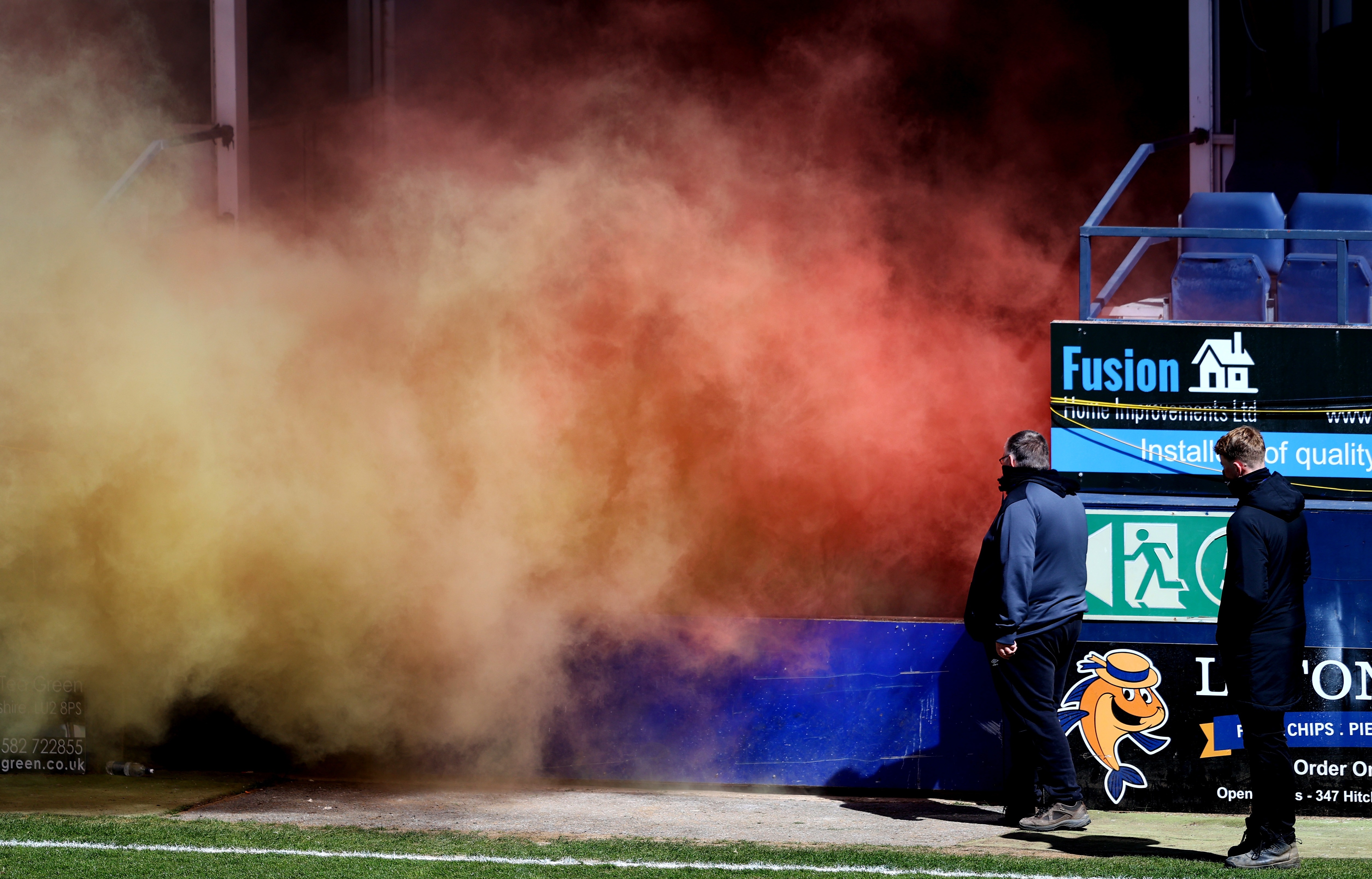 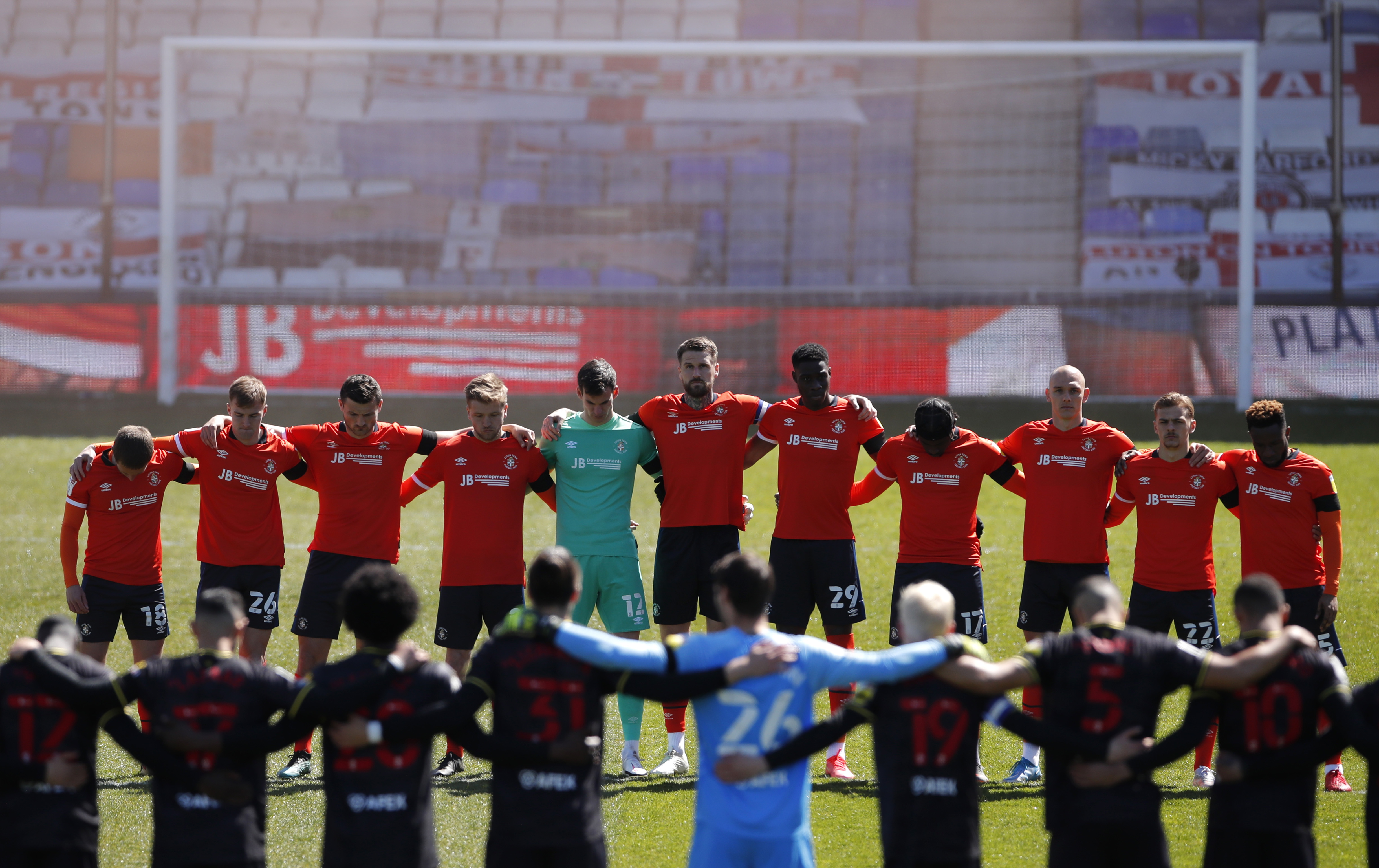 The smoke flare exploded in one of the empty stands just before kick-off in Luton's clash with Watford.

And Luton tweeted: "To the Watford fan who didn't realise the yellow and red flare thrown into the ground would turn orange.

"You car registration plate has been passed on to the authorities. Awful timing with the minute's silence for HRH The Prince Philip, Duke of Edinburgh, taking place."

The game was moved forward from 3pm to midday to avoid a clash with Prince Philip's funeral.

Striker James Collins stepped off the bench to net a 78th-minute penalty with his first touch and seal a 1-0 win for Luton.

Luton dominated the match against the promotion favourites — but it was 0-0 as Hornets No 1 Daniel Bachmann cleaned out striker Elijah Adebayo just inside the box.

That earned Bachmann a yellow card and injured Adebayo could not carry on.

So boss Nathan Jones sent on Republic of Ireland ace Collins, who coolly fired low into the net for the clincher. 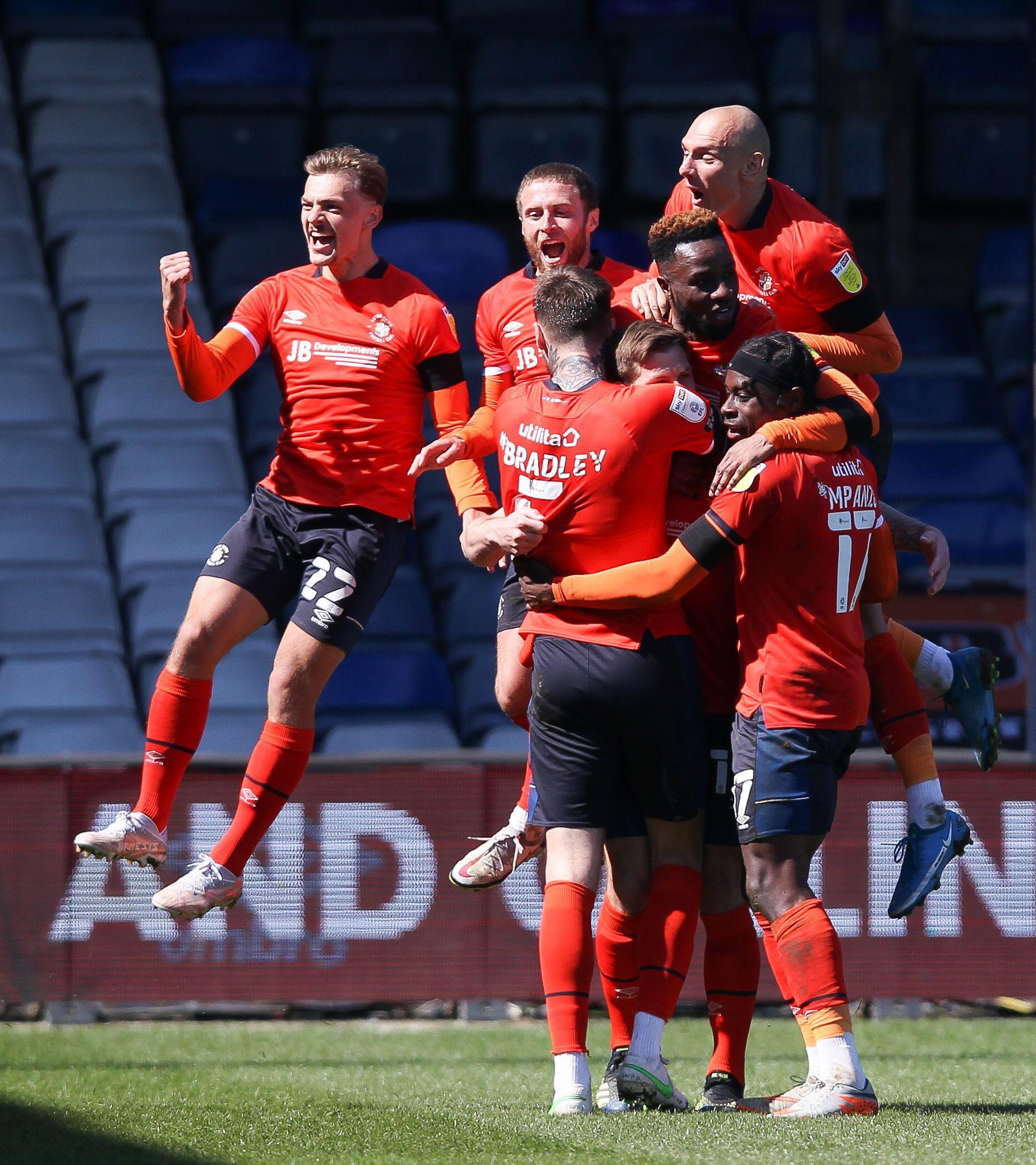 Watford boss Xisco Munoz said: “To the fans I say we know it wasn’t the best performance. But now is the moment to stick together.”

Luton gaffer Jones said: “I had no doubt sending on James for the penalty.

“To come on with no warm-up and win the game against our greatest rivals shows character, technique and nerve. It was brilliant.”