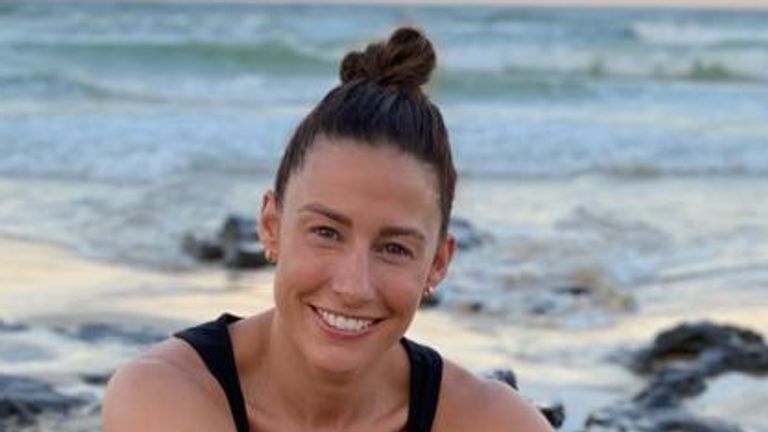 “I never used the word retirement. I kept putting in subtle hints, saying that I might like to travel and still like to play… so I never lied, I just flirted with the truth a little bit!” Madi Browne says to Gail Davis with a big grin on her face.

The duo are speaking via video call after the news broke on Tuesday one of Australia’s most decorated athletes will be joining Leeds Rhinos Netball in the Vitality Netball Superleague.

The announcement made waves on both sides of the globe, with many in her home country believing she had stepped away from the sport for good back in September.

In fact, Browne had just decided to move away from Suncorp Super Netball and open a new chapter of her career, 10,000 miles away in Leeds.

“It’s was a huge decision to step away from Super Netball and the league over here,” Browne told Davis.

“When I was making that decision, I was just coming back from a second injury and going into isolation, I moved back with my family to spend time with them.

“I thought that it was the final push for me. I love competing and I love playing the sport, but the intensity of Suncorp was too demanding on my body.

“I’d done it for 15 years and thought that I’d given the competition and the country as much as I possibly could, but I’ve still got that fire in the belly to want to compete. I still want to play, give back and step outside of my comfort zone.

“I know Australian netball; I’ve been part of it for a very long time and I knew that when I made the announcement [to retire from Suncorp] that this was in the back of my mind.”

Browne, who was the first two-time winner of the Liz Ellis Diamond Award, said she initially had a conversation with Leeds Rhinos Netball’s high performance director and Superleague coach, Dan Ryan, at the 2019 Netball World Cup.

She has travelled over to watch sister Kelsey play for Australia and was speaking to him about his own blossoming opportunity with Leeds Rhinos Netball.

“I’d just been on a month travelling on my own, having had the whole season off, and I thought that I’d love to come over to England and be part of the Superleague,” she said.

“I thought that it sounded amazing and that I could instil a little bit of my experience and have more of a mentoring and nurturing role, but still compete. We joked about it a little bit.

“Initially it was thrown in as a comment, but later on, I made sure they knew that I was really serious about it.

“We continued to talk, and at that stage we weren’t sure if a season would be played out in Australia. I was contracted still with Collingwood which I wanted to honour. It’s been a long-time coming.” 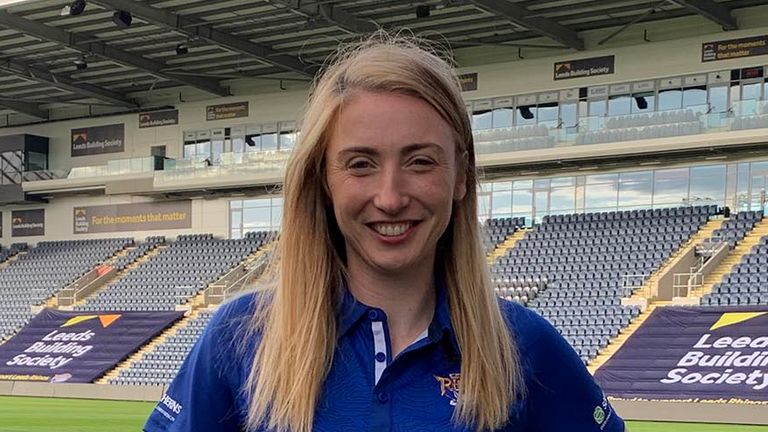 As conversations continued, Browne knew she needed to keep them under wraps, due to the world of netball being a small one. When she reached the stage of signing a contract, only her sister knew and was able to share the excitement with her.

Browne continued to speak to her new high-performance director and head coach though, and sounded him out with regard to who was due to be playing where in England.

“It’s funny, I asked where Jade (Clarke) was playing because I’ve always had some really tough battles with her and also where Serena (Guthrie) is… I was keen to know who I’d be going up against.

“When I heard that Jade had signed for Leeds Rhinos, I thought brilliant!! I’d rather have her as a team-mate than a competitor, any day of the week.”

Being at the heart of Leeds Rhinos Netball’s work on court, is very much at the forefront of Browne’s mind. As she said, the competitive juices are still flowing, and the 32-year-old is doing everything she can to ensure she is fighting fit come February.

“I’ve got a few little milestones to tick off [with my knee], but I’ve got medical clearance,” she said,

“I had to go in for a little bit of a clean out again, but it’s all so that I can get over there and hit in the ground running with the team. This old body will hopefully have a new lease of life when I land.”

Miz Browne bathed in glorious Oz sunshine. You’ve created a stir!One of the most decorated 💎 ever, highly respected, a legend & now a 🦏 💛💙 fabulous message to our @RhinosNetballSL fans & greater netball community. Welcome 2 Yorkshire Madi & @NetballSL we’re ready for you 😃 https://t.co/fTb7XoO3aH

Alongside nailing her own performances on a weekly basis, Browne realises she is superbly placed to impact on her colleagues’ development too.

“The team that Dan’s put together has a lot of young talent, local talent and some unknown names, what we’d call little hidden gems, in there. I can’t wait to get there and immerse myself in the environment.

“Hopefully I can instil a little bit of what I have learnt on my journey, to them and mentor in that way. For me, I’m definitely wanting to come over and play, compete and perform, but obviously it’s not to make a national team. Instead, it’s to enjoy my netball and be part of creating history in this inaugural team.”

With England moving into another period of lockdown on Thursday, and that impacting the grass roots level of all sports, Browne hopes the news of her arrival provides something positive for netballers to focus on.

“I hope that this announcement is exciting and is one that brings as much joy and happiness to other people, as it has to me for sharing it; having the privilege to play in England is a huge honour.

“We don’t know what the next month will look like, two months or four months, but hopefully we’ll be able to have netball on screens. Maybe we’ll have some fans there, or if we can’t if there will be other engagements that we can do with fans.

“I’ll be looking forward to giving back to the netball community as much as I can. These are hard times and it’s sad to see that people can’t get out and do what they love, like we can.

“I’ll be looking to find any way that I can put a smile on peoples’ faces in that Leeds Rhinos uniform and be doing the best job that I possibly can.”