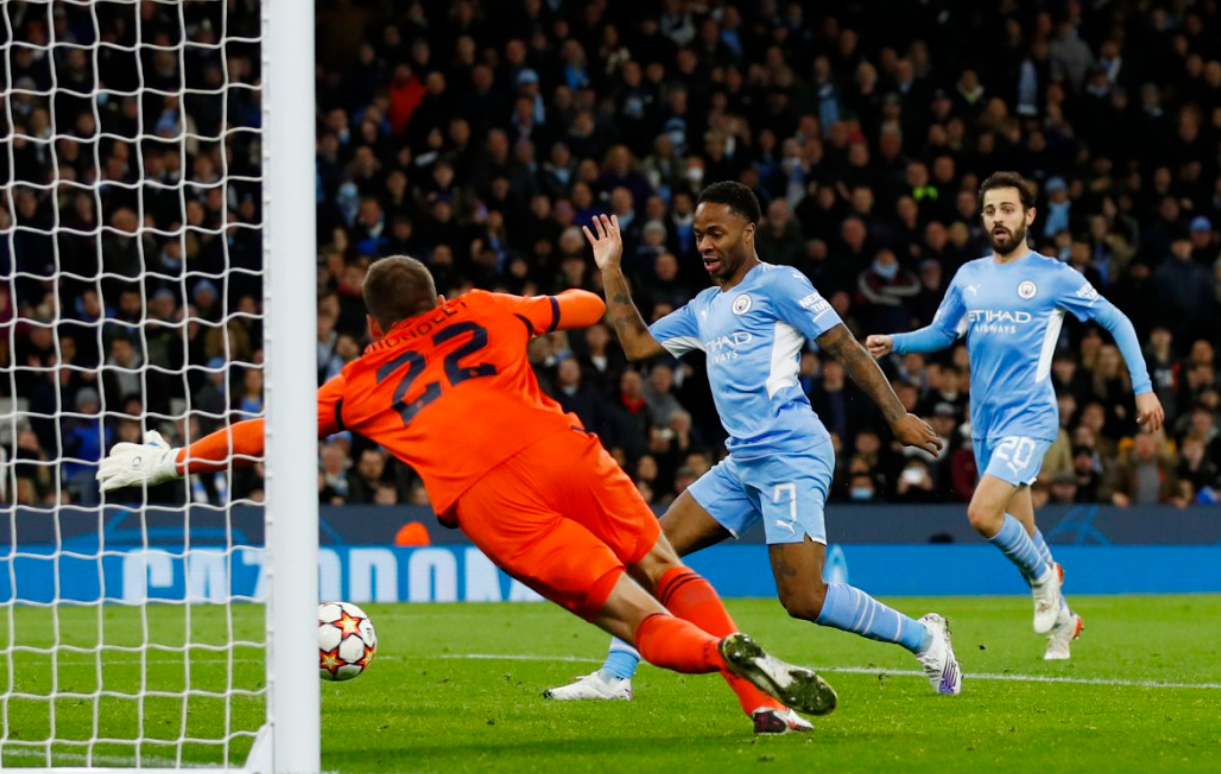 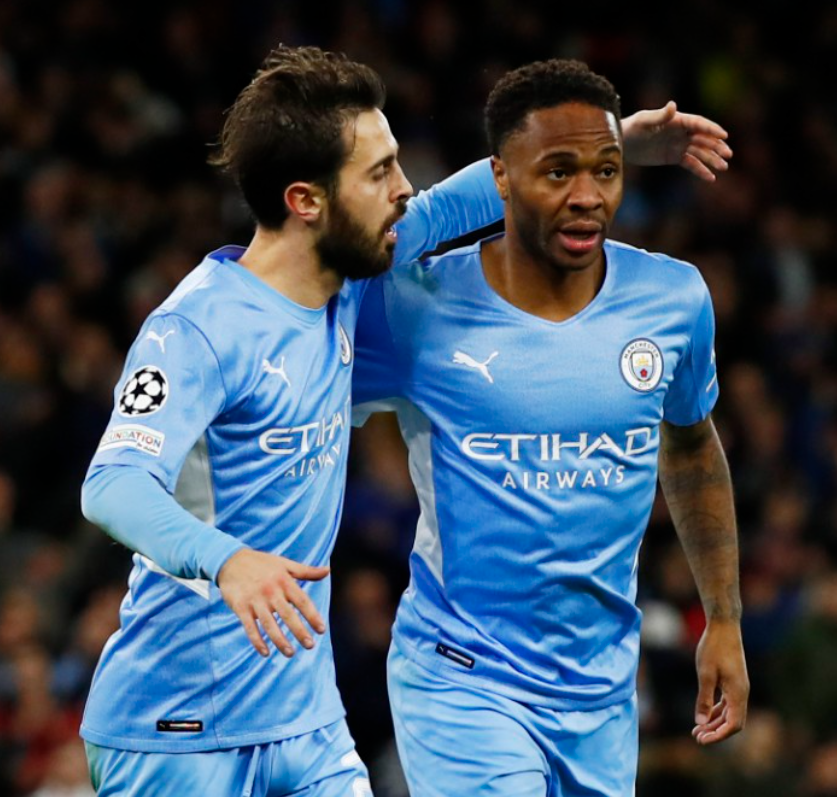 England wideman Foden rewarded City's fine start with an opener on the quarter-hour.

He tapped home a Joao Cancelo cross after a defender carelessly played him onside.

But just two minutes later Brugge levelled in the strangest of fashions.

A deflection off Bernardo Silva sent the ball in via the FACE of City team-mate John Stones.

But nine minutes after the break another Cancelo centre was nodded home by rihad Mahrez to deservedly restore City's lead.

And Raheem Sterling swept home his first goal for three months in the 72nd minute from close range.

Ilkay Gundogan capped a fine move with a cross for England frontman Sterling to slot in.

And Gabriel Jesus made it four in stoppage time. 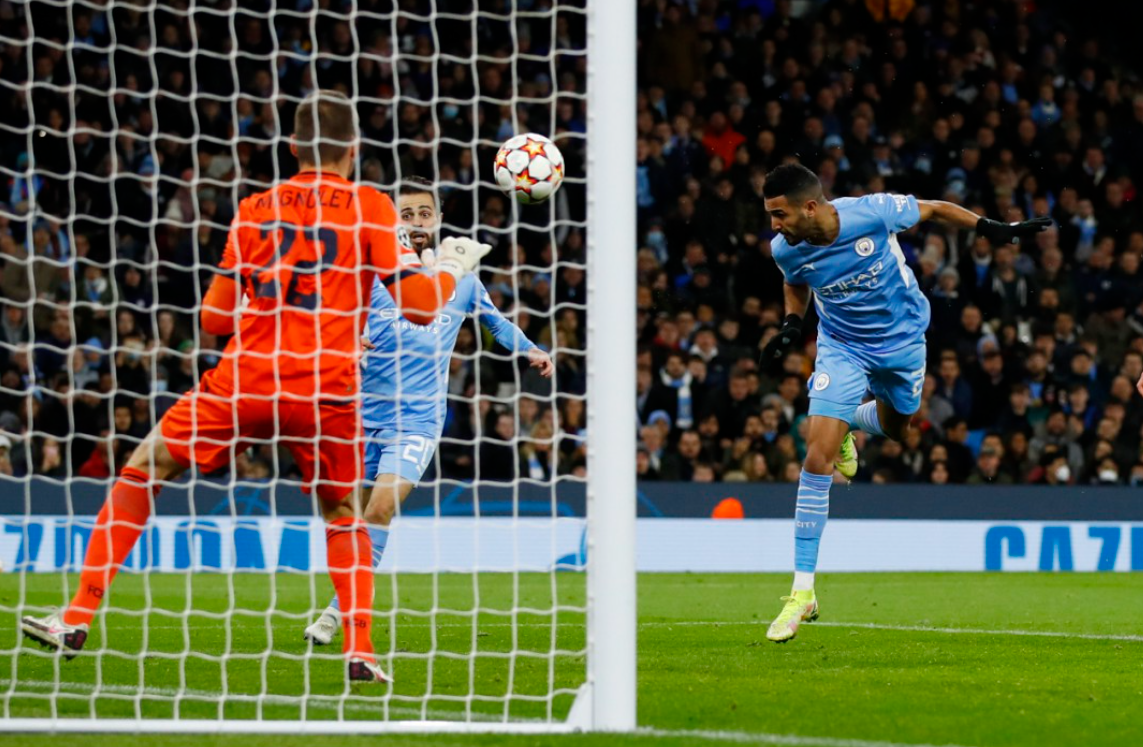 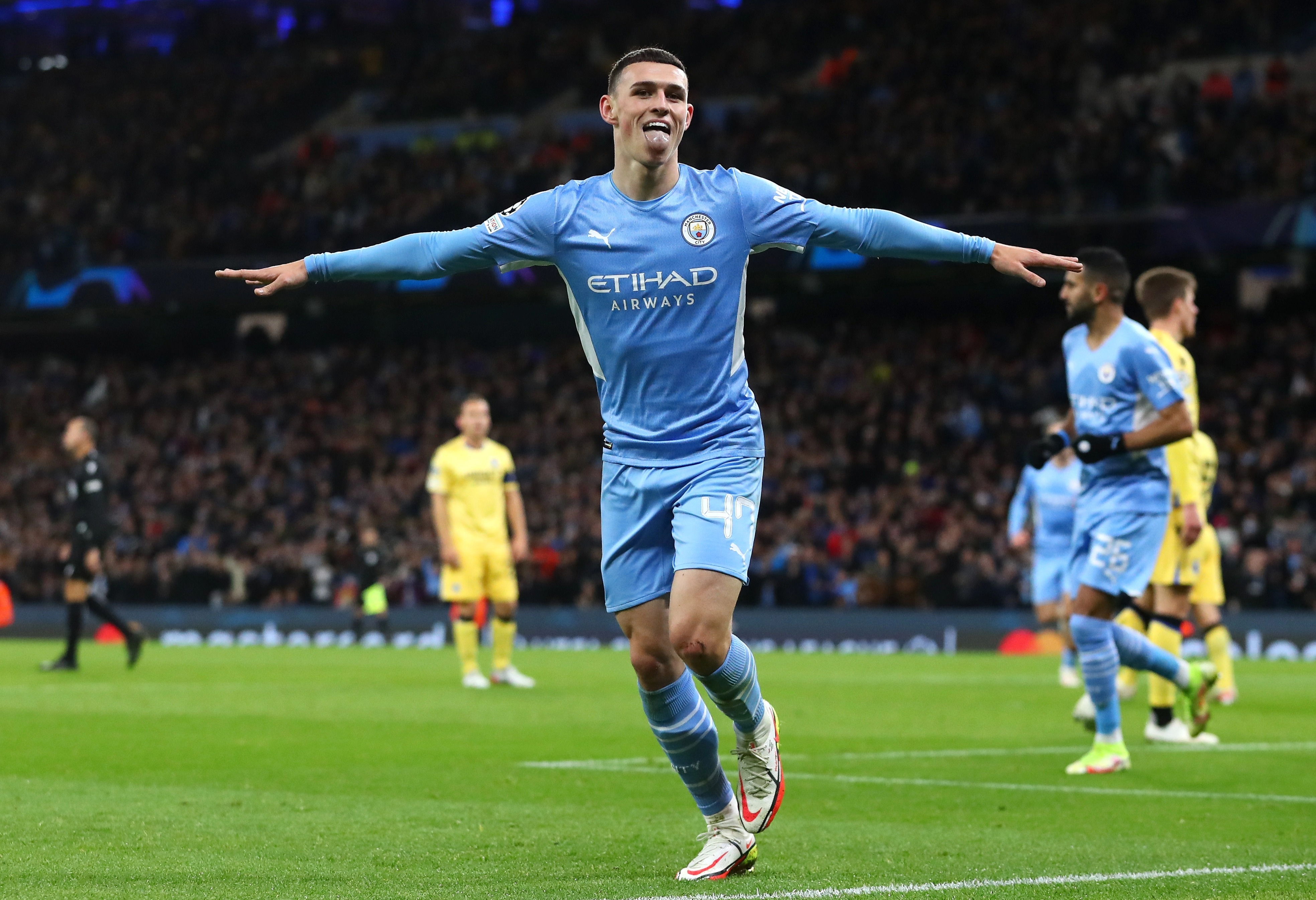 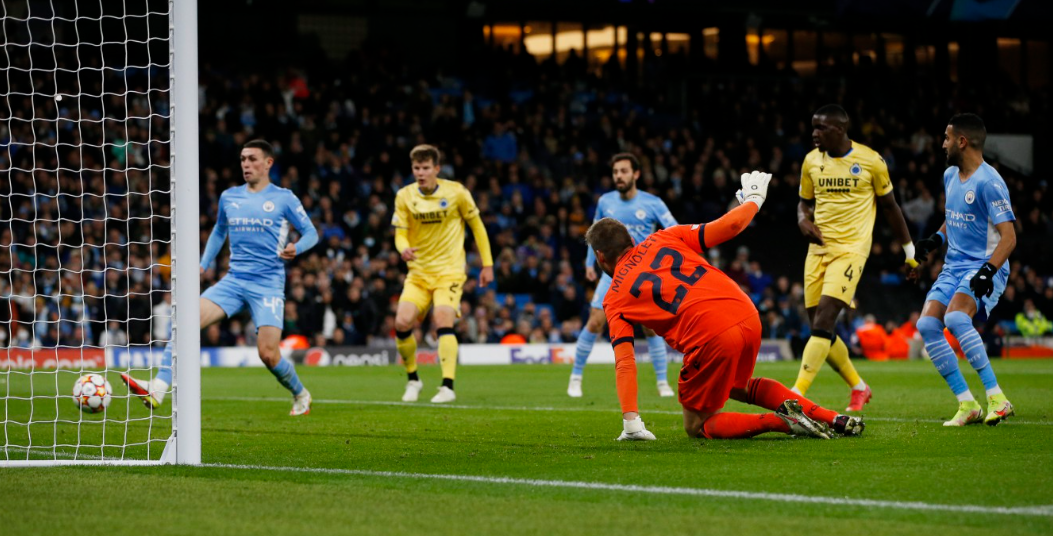 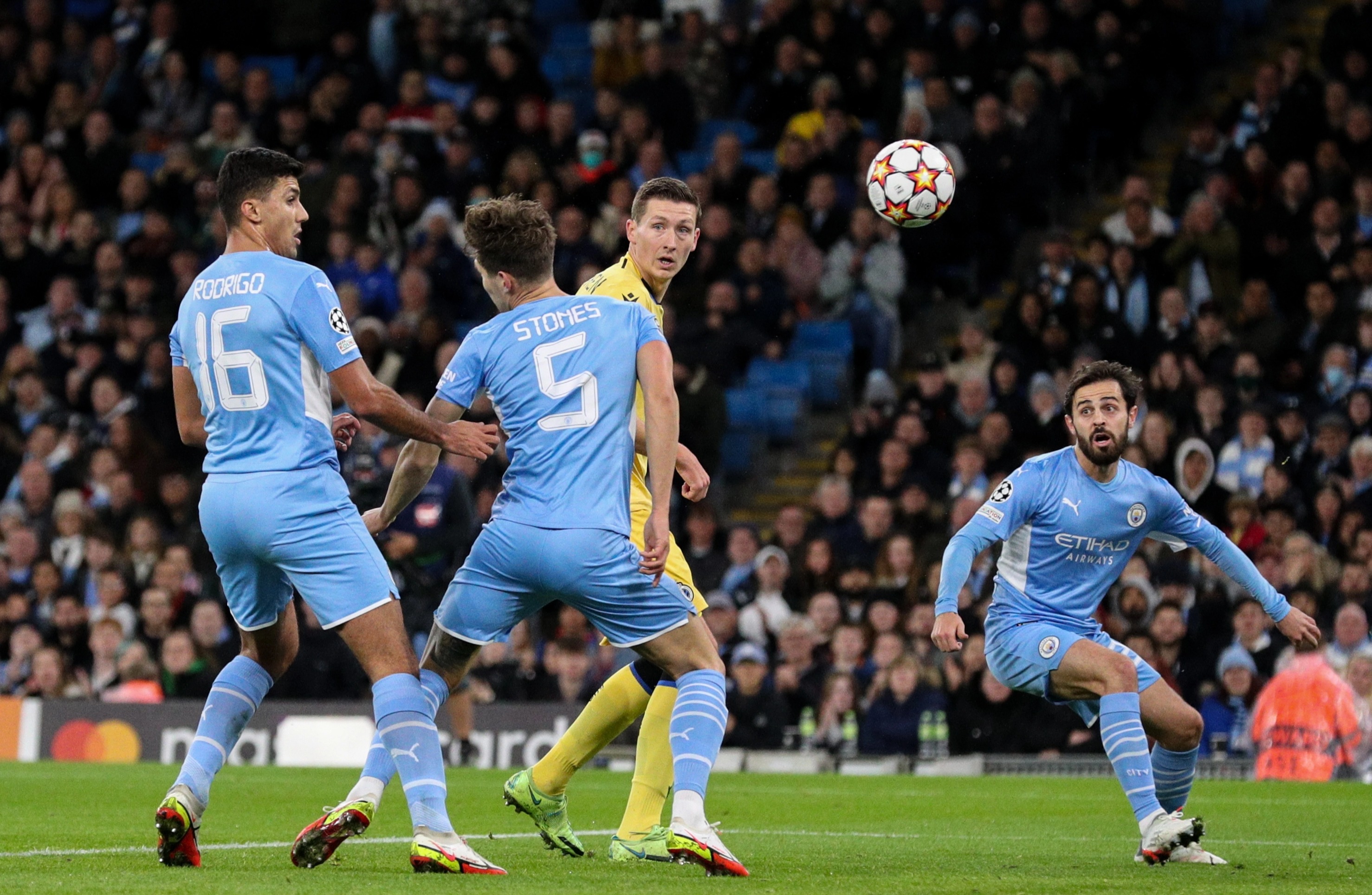