RIYAD MAHREZ continued to torment Burnley with a brilliant hat-trick as Manchester City rediscovered their ruthless streak against their favourite whipping boys.

Incredibly this was the fourth time in a row that the Citizens had beaten the Clarets by the same scoreline at the Etihad Stadium. 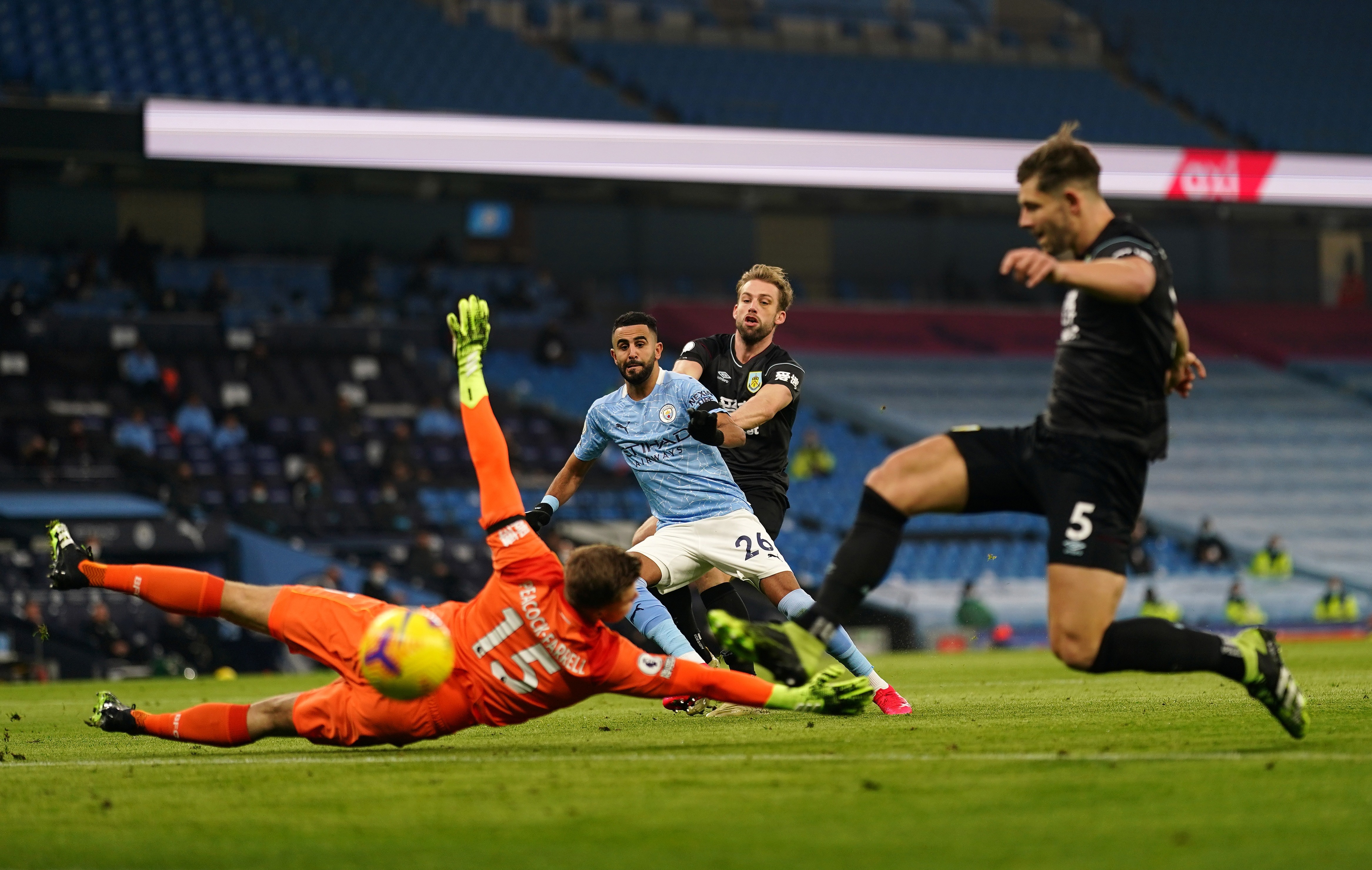 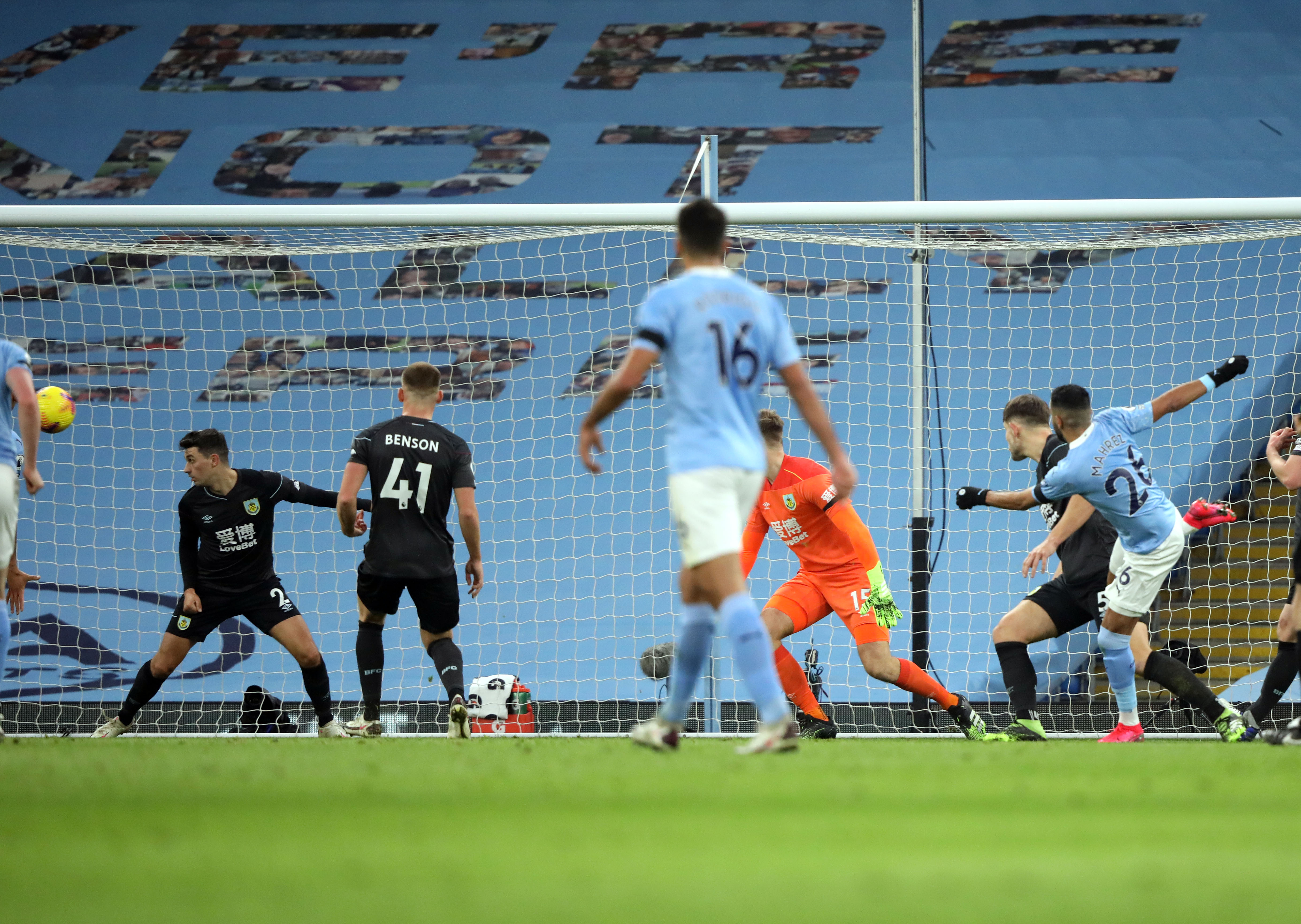 That meant they had become only the second team in English football history to win four successive home games against the same opponents by at least a five goal margin – and the first in 113 years.

The only previous time any side has battered the same opposition so mercilessly was when Notts County kept banging in the goals every time they faced Port Vale between 1893 and 1907.

Mahrez struck twice early on and completed his treble midway through the second half to take his tally to eight in his last five Premier League matches against Sean Dyche’s side.

He opened the scoring after just six minutes, finishing superbly after being played in by the brilliant Kevin De Bruyne – the first time in seven games City had scored more than once in the top-flight.

Number two followed 16 minutes later, but the Algerian midfielder is not the only City player who licks his lips when Burnley head to the Etihad.

This latest romp means Pep Guardiola’s team have now scored 27 goals in their last six home games against the Clarets.

And it again became a matter of just how many City would put past Bailey Peaock-Farrell when Benjamin Mendy made it 3-0 with a superb cushioned volley four minutes before the break – after another sumptuous ball from De Bruyne.

Ferran Torres made it four 21 minutes into the second half, and Mahrez completed his treble with a thumping header in the 69th minute. 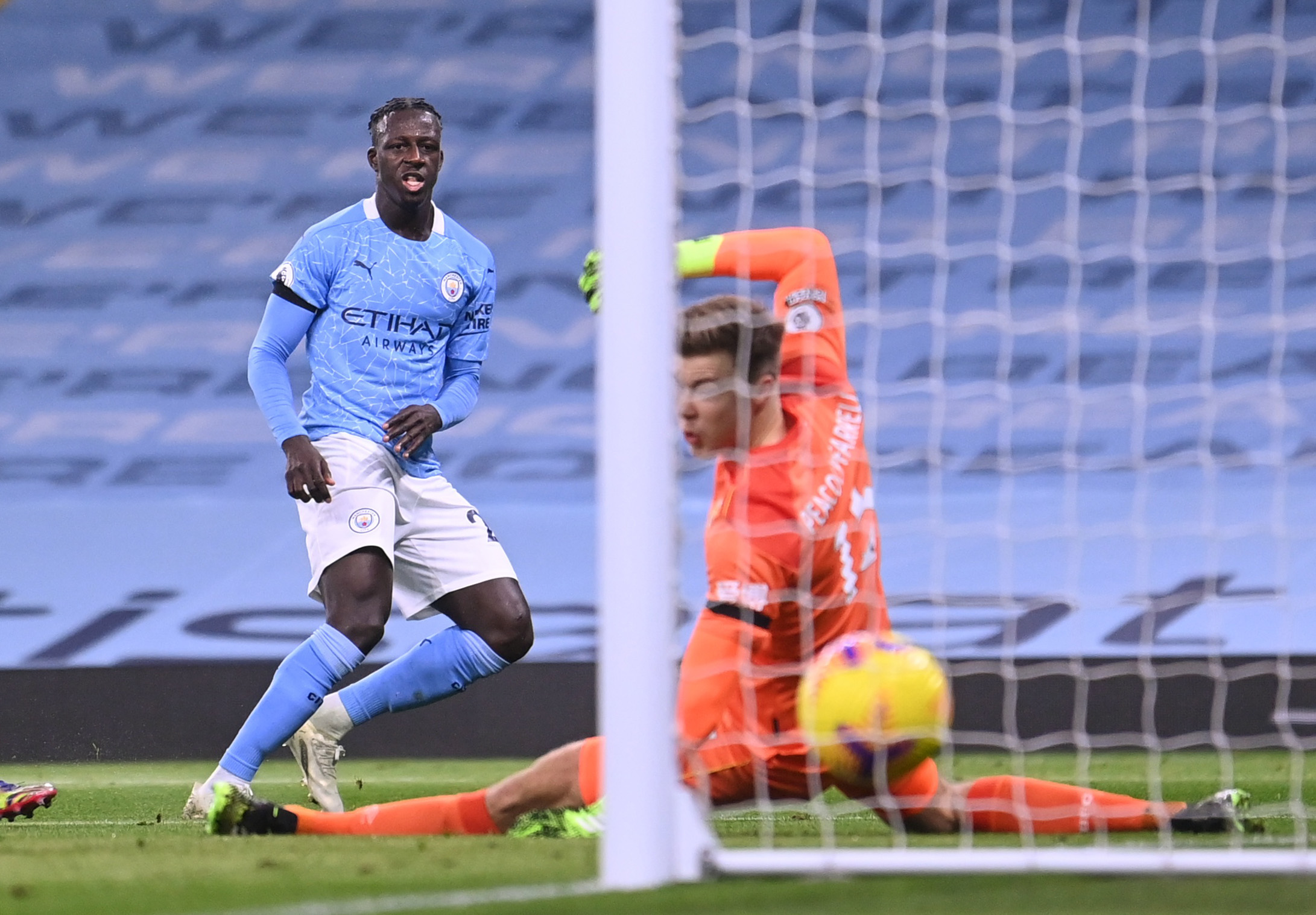 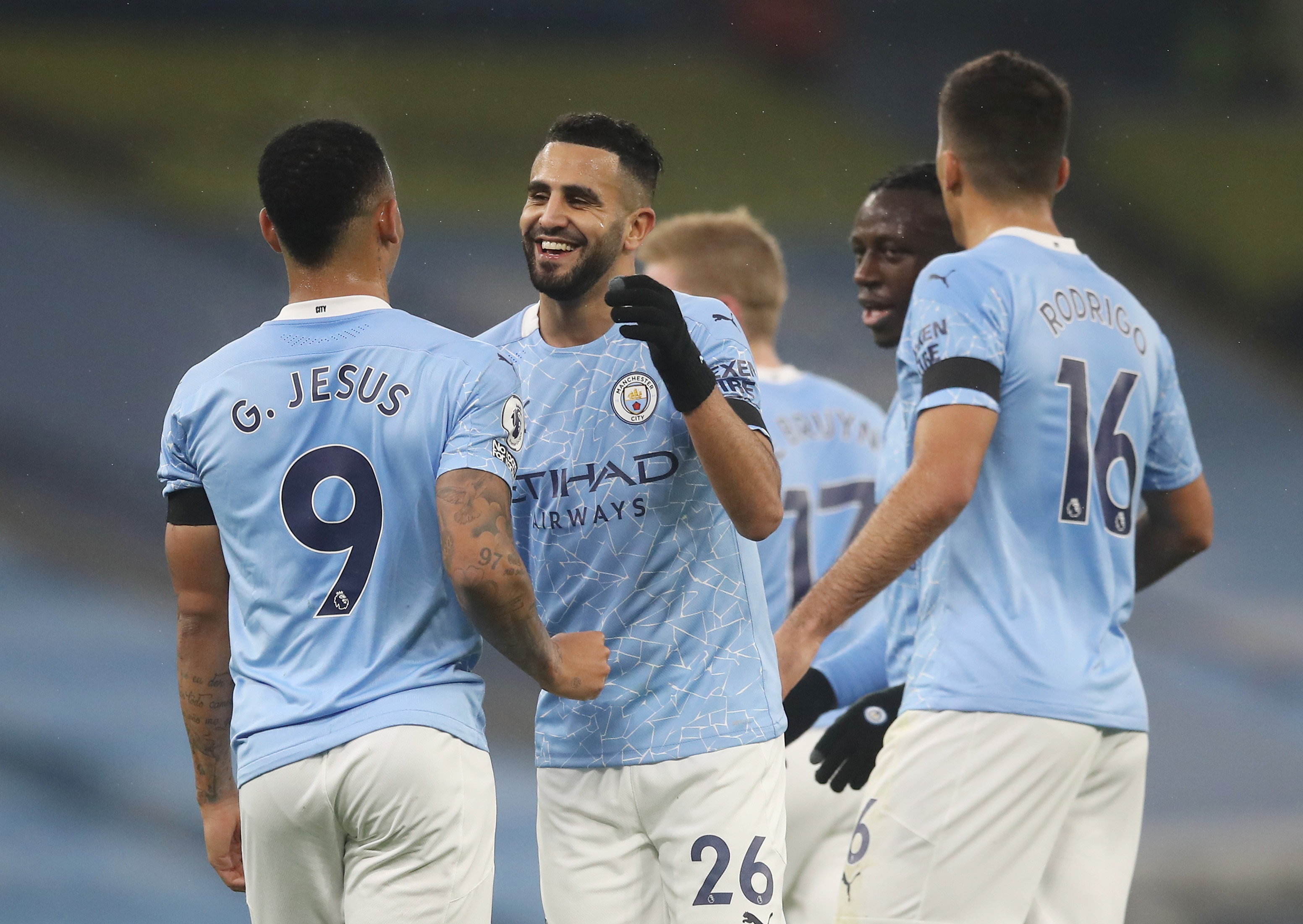 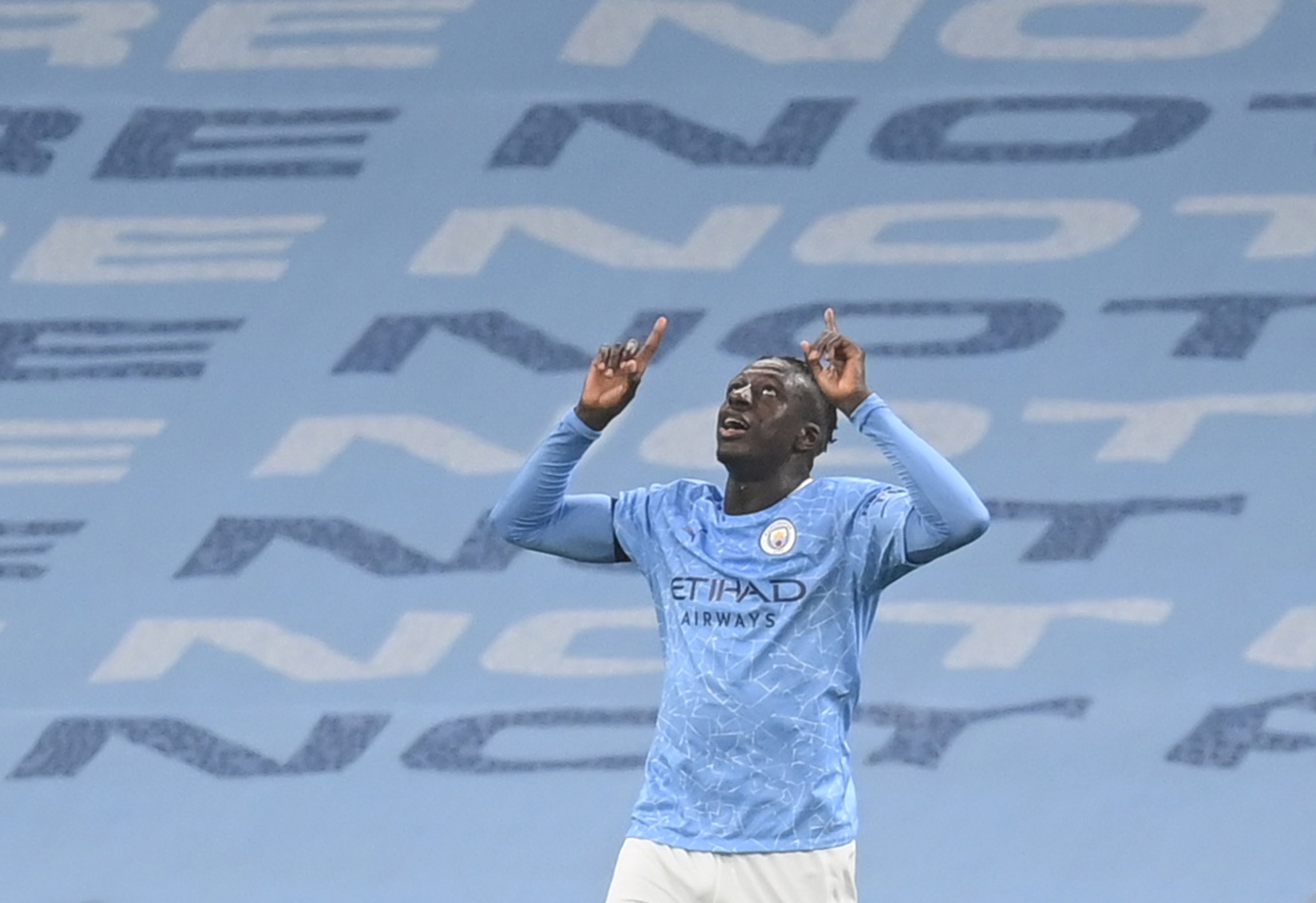 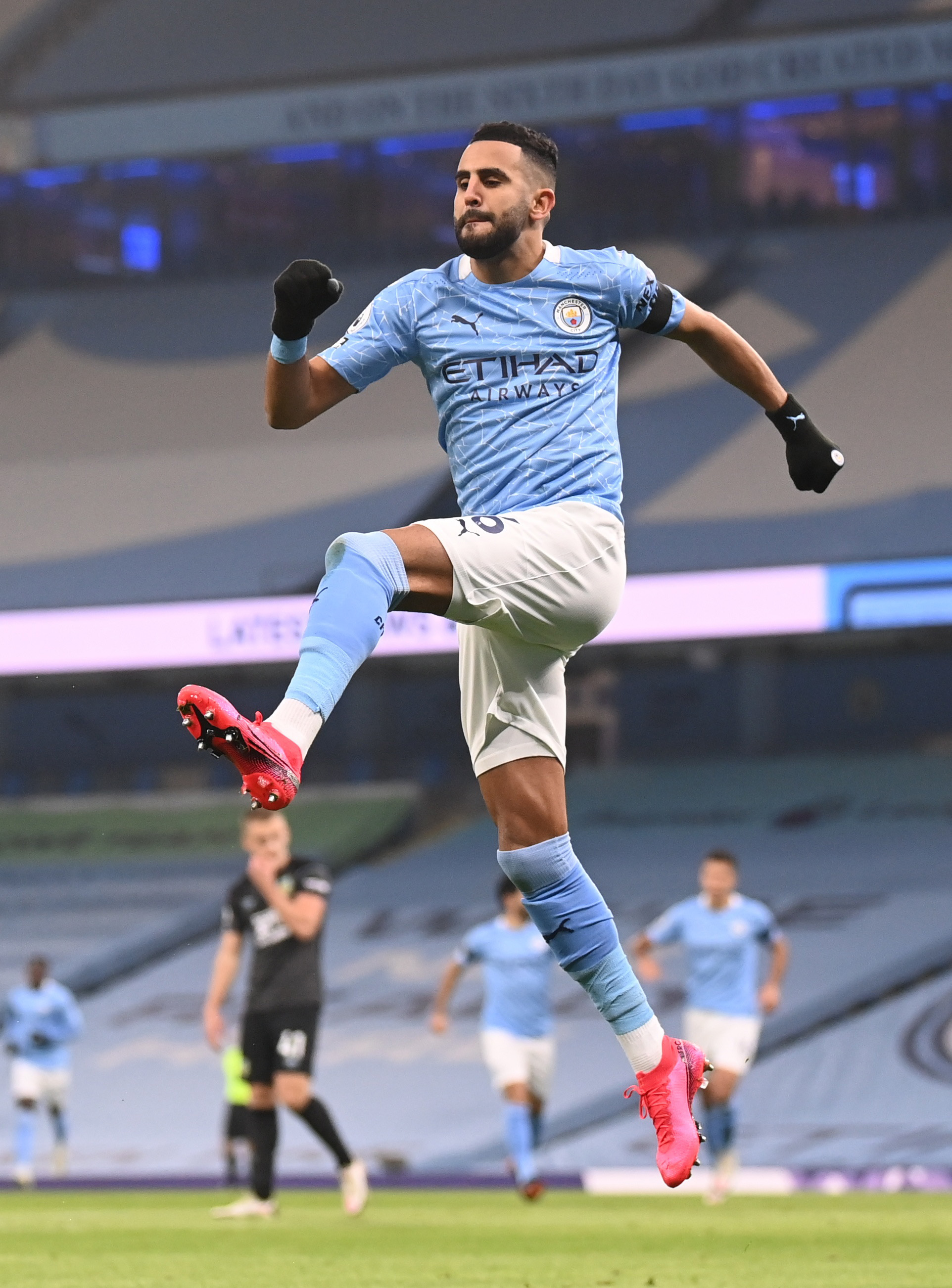 Peacock-Farrell, who was in for the injured Nick Pope, was one of two players making their Premier League debuts for Burnley.

Midfielder Josh Benson was also drafted in, with orders to try to close down De Bruyne – a thankless task for anyone, let alone a twenty year old rookie.

But it was one of Burnley’s most experienced players, central defender James Tarkowski, who was at fault as City made the perfect start.

Tarkowski carelessly gave the ball away inside his own half and De Byrune pounced to set up Mahrez.

He had plenty of time to steady himself before drilling the ball past Peacock-Farrell.

That was only the second time this season City had found the net inside the first 15 minutes.

But you just knew it would not take them long to score again. 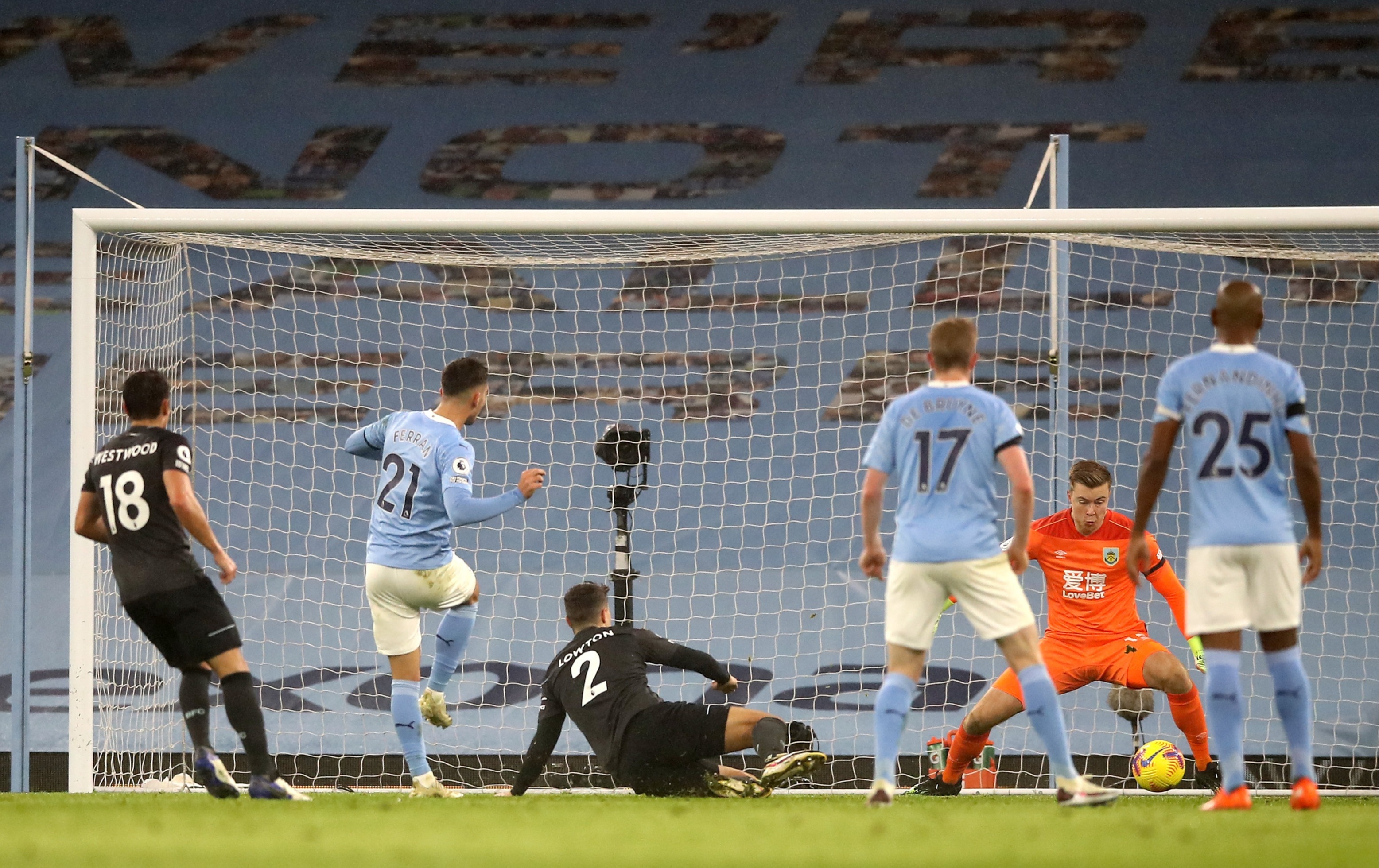 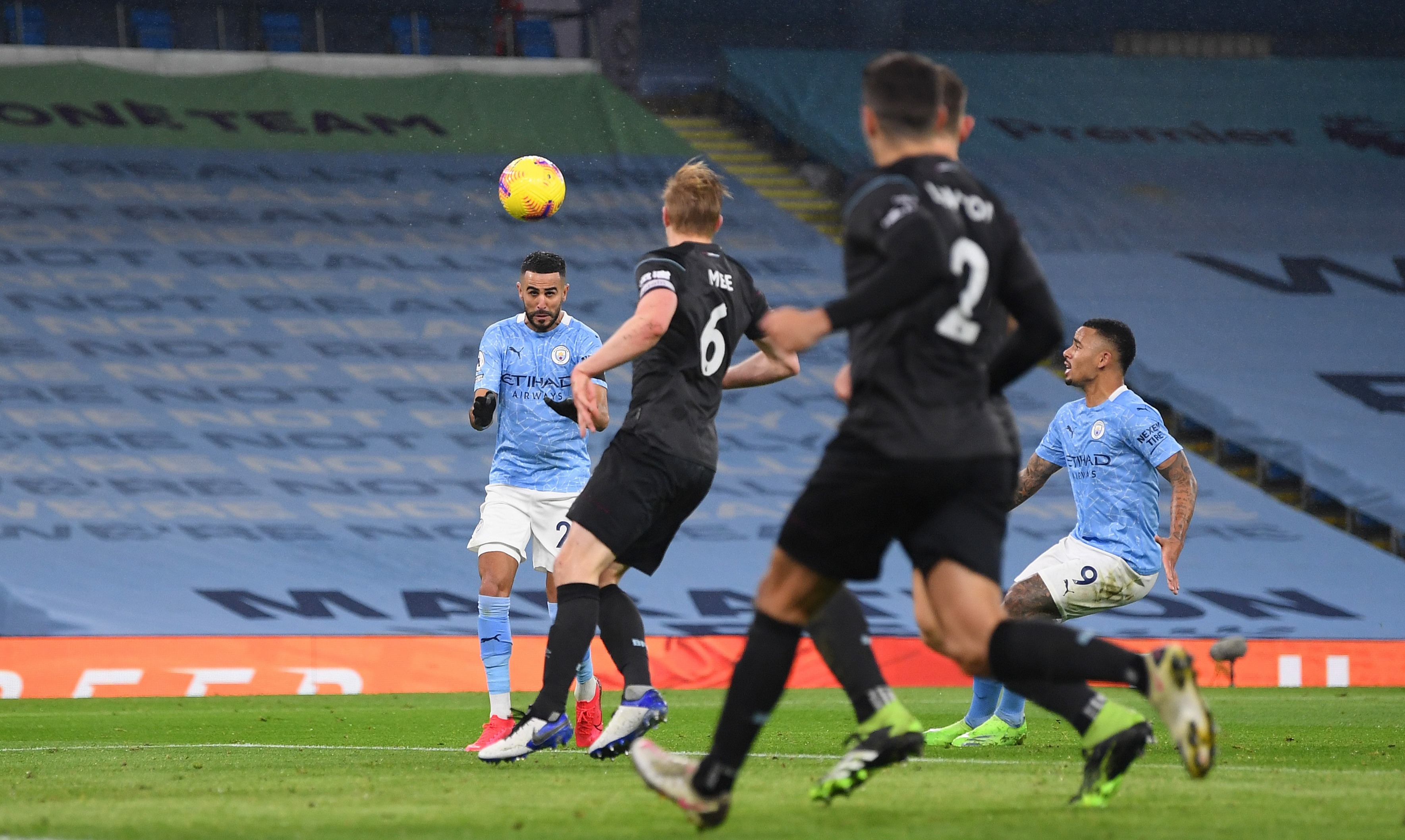 Sure enough, Dyche was screaming at his defenders again on 22 minutes as Mahrez was allowed to nip in behind them and collect a throw-in near the goal line.

He was allowed to ghost past Ben Mee and Tarkowski, before curling the ball in off the far post.

And even though Burnley finally troubled Ederson a couple of times after the break, they could not close the floodgates. 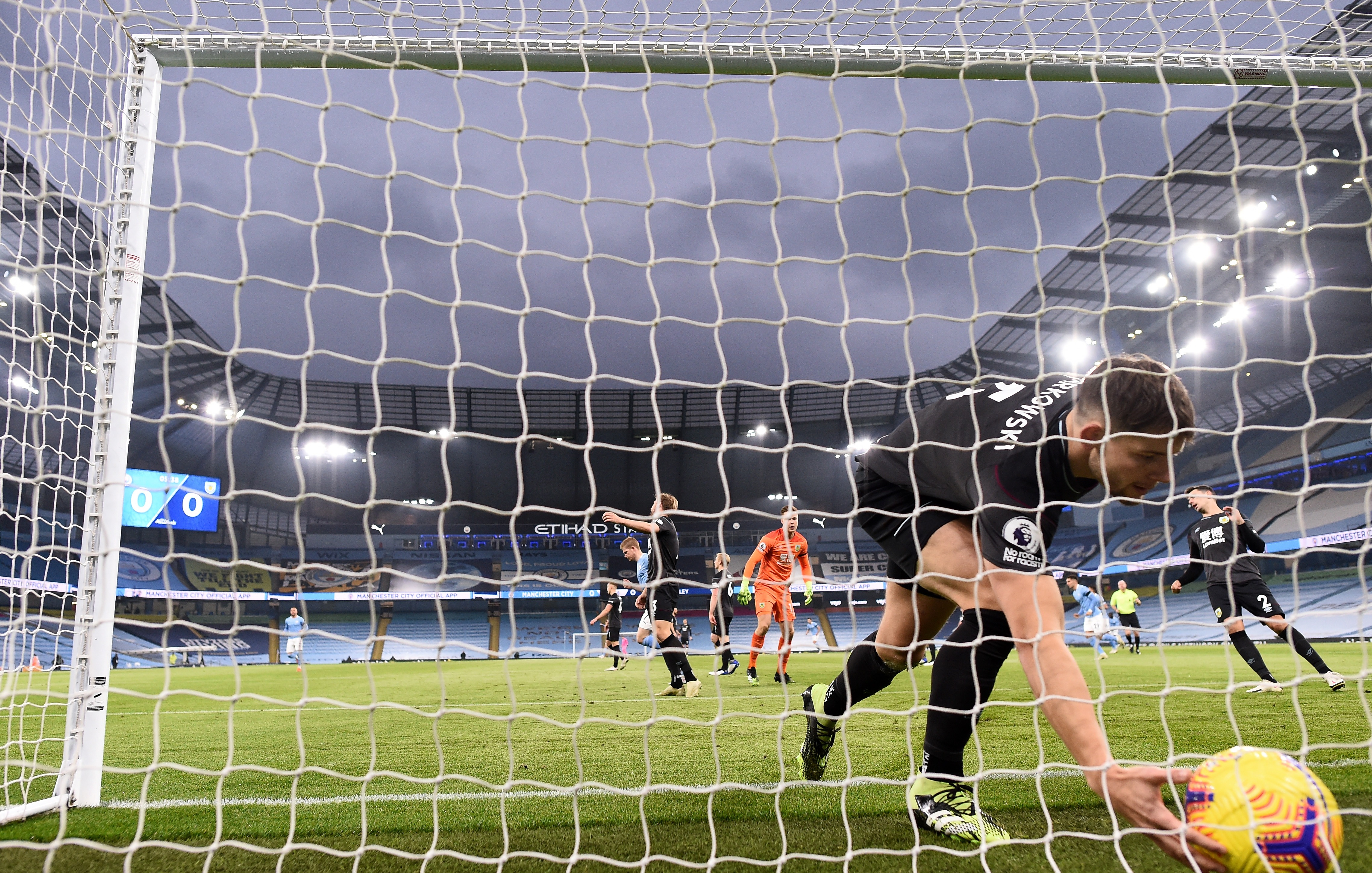