MANCHESTER UNITED youngster Marc Jurado has signed his first ever professional contract with the Red Devils.

The Spanish right-back, 17, has put pen to paper on a long-term deal having joined from Barcelona last summer. 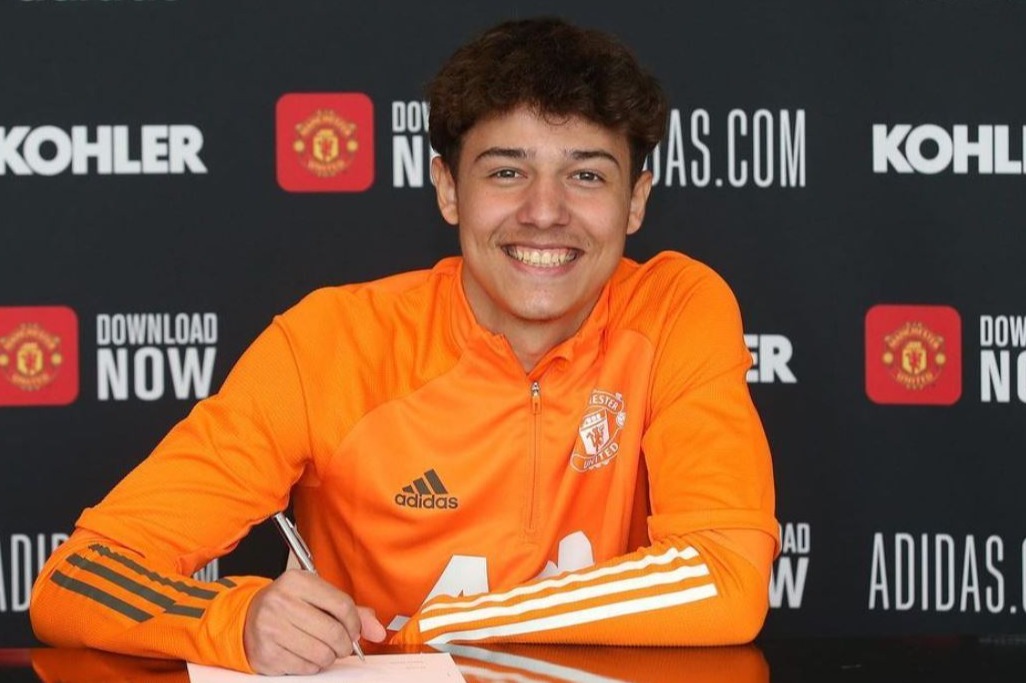 Jurado only turned 17 this month.

He rejected a three-year deal at Barca last year meaning United only paid the Catalans a small fee for his services.

Jurado has shone for United's Under-18s this season and is on course to win the U18 Premier League title in his first campaign in England.

Jurado uploaded a snap of him signing the deal on Tuesday afternoon while beaming from ear to ear.

And he captioned the post: "Delighted to have signed my first professional contract with @manchesterunited.

"Also I would like to thank all my family, my friends and everyone for all their support."

Jurado is the latest youngster to sign a new contract with the club as Ole Gunnar Solskjaer builds for the future.

Elsewhere, Bruno Fernandes admitted he often argues with his United team-mates about who is the GOAT – Cristiano Ronaldo or Pele.

The Portuguese playmaker, 26, revealed compatriot Ronaldo is his No1.

But he joked it's a sensitive subject in the Old Trafford dressing room.