RIO FERDINAND claimed Robbie Savage ended up the floor when the pair clashed in the tunnel as players.

But the ex-Blackburn Rovers star recalled a different version of events and insisted Ferdinand 'knows the real story'. 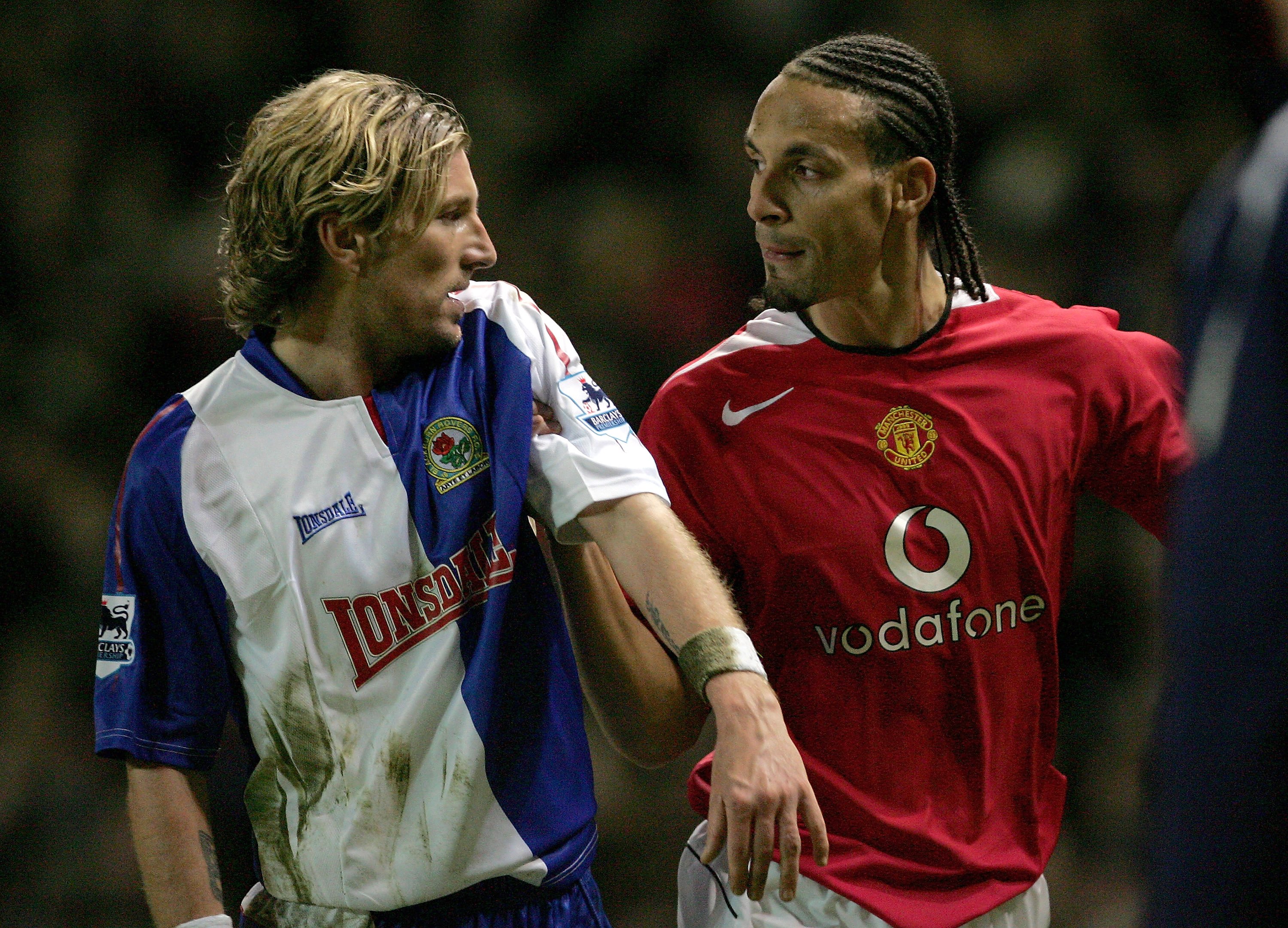 The former rivals now work in perfect harmony as pundits for BT Sport.

Ferdinand was in the studio last night for Manchester United's 3-1 defeat to Paris Saint-Germain.

Savage, 46, was on co-commentary for the Champions League group showdown.

Tempers boiled over during the game as Fred escaped a red card while Neymar and Scott McTominay squared off.

It reminded former United centre-half Ferdinand of the time when he clashed with Savage in the tunnel.

Ferdinand recalled: "I think what was interesting was that fracas going into the tunnel.

"I think Robbie when he comes back on commentary he'll be reminded that's what happened to him when I was in the tunnel with him.

"He barged me on the way off against Blackburn. Bit of needle.

Ferdinand insisted he came out on top – but Savage was quick to set him straight.

Then Savage hit back: "Mate he's got in there first. Different story.

"I just text him and said 'the tunnel line is coming, I'm going to get you'. Listen, different version of events, he knows the real story.

"That's why he goes to he gym so often now."