MANCHESTER UNITED are on the trail of Metz teen sensation Pape Sarr.

The Senegalese 18-year-old won his first cap for his country in an Africa Cup of Nations qualifier against Congo last month. 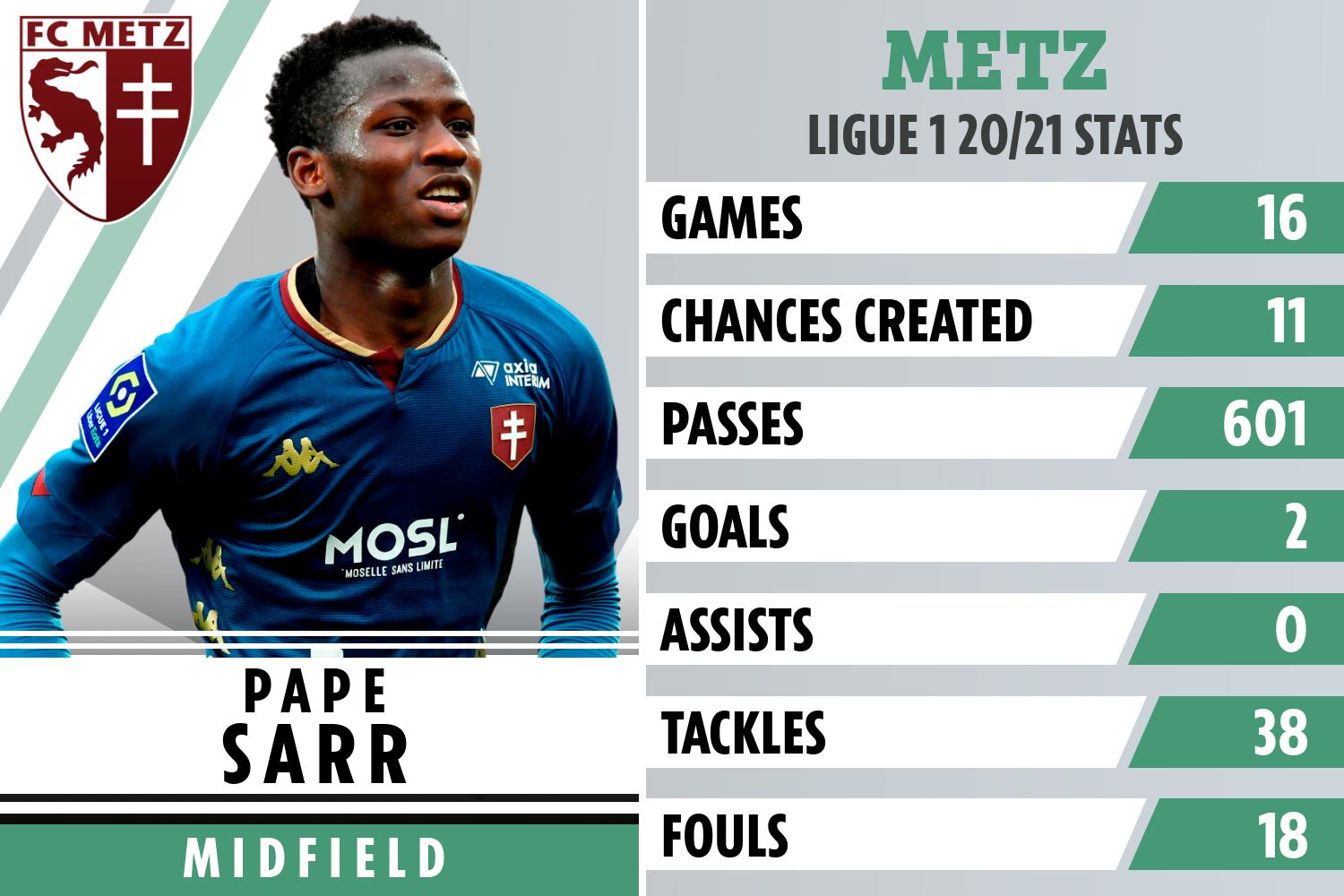 That came only four months after his league debut for the French club in November.

He has been watched regularly by European clubs including United.

Reports in France this month suggested Nice sporting director Julien Fournier was pulling out all the stops to land Sarr.

However it is believed Sarr – a box-to-box midfielder – has set his sights on joining a bigger club.

Metz coach Frederic Antonetti was asked about Sarr's future last week and said: "We already have a lot of players who are in demand for the future."

Sarr signed a five-year deal with Metz last year but they now face a battle to hang on to him.

The highly-rated talent has scored twice this season for Metz and created 11chances.

It could be a busy summer of transfer activity for United with the club reportedly in the market for Real Madrid defender Raphael Varane.