The midfielder looks set to leave the Dutch champions this summer. 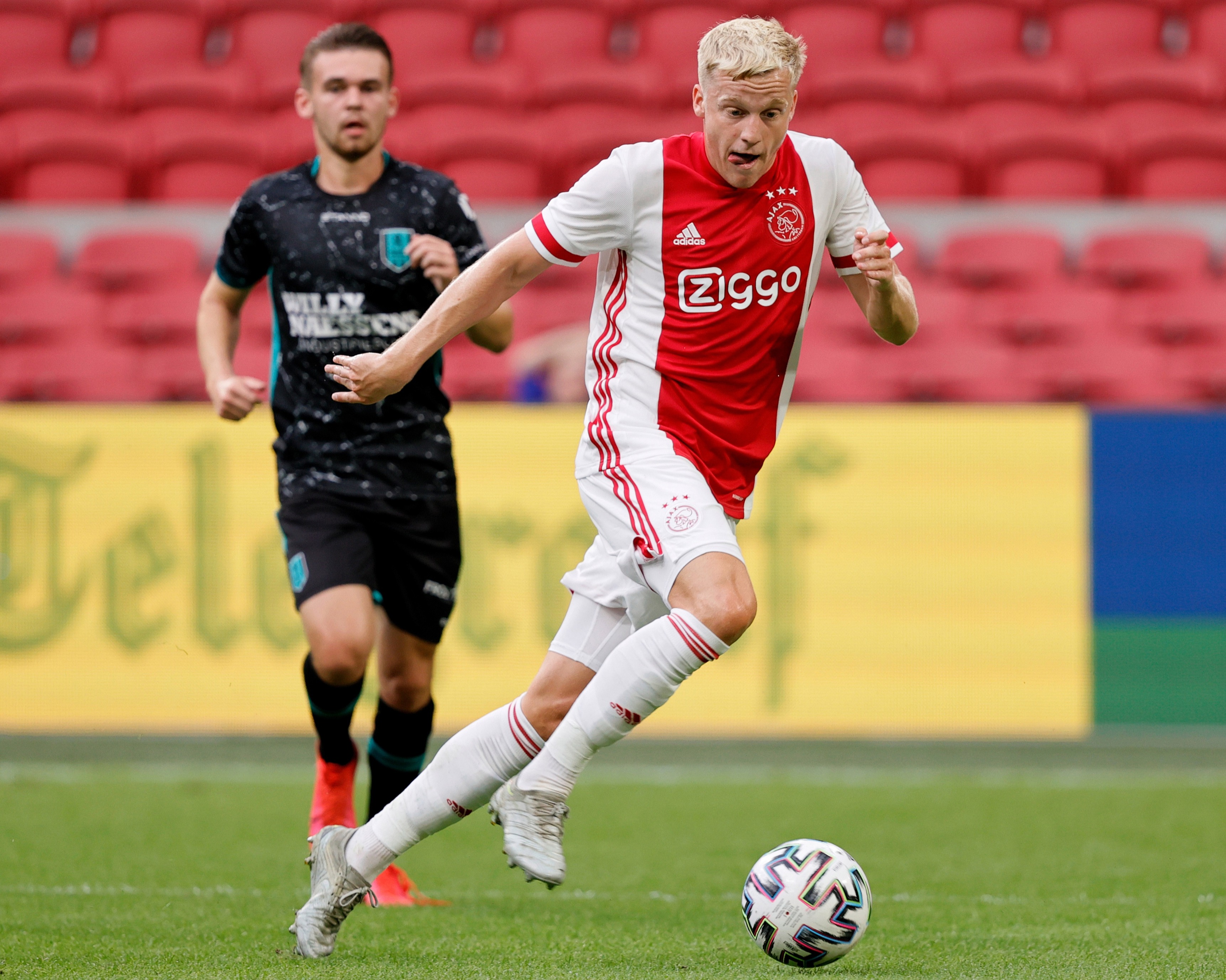 But the 23-year-old is happy in Holland's capital and is not fazed by the prospect of staying.

And Ajax director – and former Red Devils goalkeeper – Edwin van der Sar confirmed he could leave for the right price earlier this year.

But offers are expected to come from the Premier League – where Van de Beek would be happy to play, according to Sky Sports News.

Arsenal and Manchester City are both in the market for centre midfielders.

But the Gunners will struggle without the offer of Champions League football.

Van de Beek still has two years left on his contract – which means the Dutch club can still demand a decent fee.

But it is not expected to be as much as the £47m pre-lockdown amount because of the financial impact of coronavirus on clubs.

Ajax want any deal wrapped up before their Eredivisie campaign kicks off against Sparta Rotterdam on September 13.

United were heavily linked with the Dutchman in the January transfer window.

But having since signed Bruno Fernandes and welcomed Paul Pogba back into the fold, Ole Gunnar Solskjaer is likely to have priorities elsewhere.

Asked about his future in January, Van de Beek revealed he was in no hurry to leave the Amsterdam side.

He said: "It is not that I can or want to do something at the moment.

"I have said it before, and I will say it again: I will remain at Ajax this season. And maybe next season as well.

"These reports about Real Madrid or Man Utd are a good sign, but it is not important now.