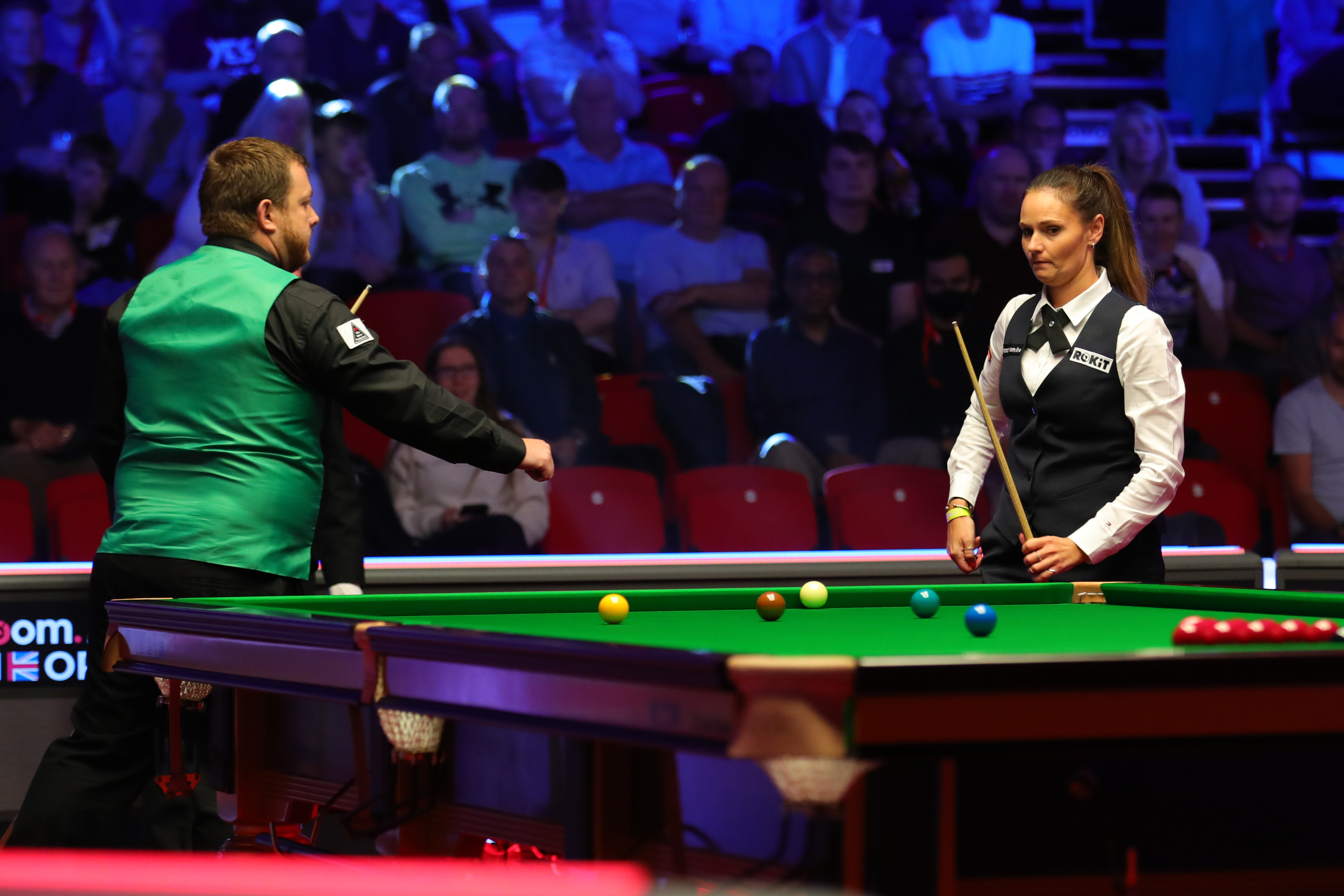 Mark Allen battled back from the brink to beat his former partner Reanne Evans in a fascinating, if frosty, first round tie at the British Open.

The pair were in a relationship 13 years ago, but it is one that has soured badly and even led to the courts over support payments for their daughter.

The unique background to a sporting clash made this first round draw all the more intriguing and it was an engaging match that swung both ways after an awkward start.

The former Masters champion offered a fist bump at the start of the contest only for Evans to snub it and go about breaking off for the first frame.

Allen took an early lead but then Evans claimed the next two and got within a ball of taking her third on the spin and winning the match, but it rattled in the jaws and narrowly stayed out.

The Pistol stepped in and made a nerveless, tricky clearance to keep his hopes alive and win the frame on the black.

By that stage he had wrestled back the momentum and he made no mistake in the fifth and final frame, making a break of 68 to edge into the second round.

There was also no handshake at the climax as Evans waved to the fans on her way out of the arena.

It was an edgy affair throughout, but Evans was seemingly holding herself together the better, making a break of 56 to go 2-1 ahead in the third and one frame from victory in the short best-of-five format.

She was in early again in the fourth frame and made another half-century (60), but just broke down before getting over the line and then missing a difficult and crucial red allowing Allen to clear up.

A random draw will take place for the second round on Tuesday, when Allen will learn his fate for the last 64.

The pair split up 13 years ago, but tensions have rumbled on, with Evans heading to court earlier this year looking for greater support payments for their daughter.

Just how poor their relationship is was made clear at the World Championships at the Crucible this year when Allen was practicing ahead of a match and Evans was working as a pundit in the BBC studio.

The Northern Irishman asked for her to leave while he was practicing as she was a distraction, something she reluctantly did for a short period of time, but was reportedly ‘upset and embarrassed’ by the incident.

For more stories like this, check our sport page