MAURIZIO SARRI has been given the go-ahead to leave Chelsea and join Juventus on a three-year deal.

According to The Guardian, the Italian's agent Fali Ramadani met with the Blues board yesterday and an agreement was found. 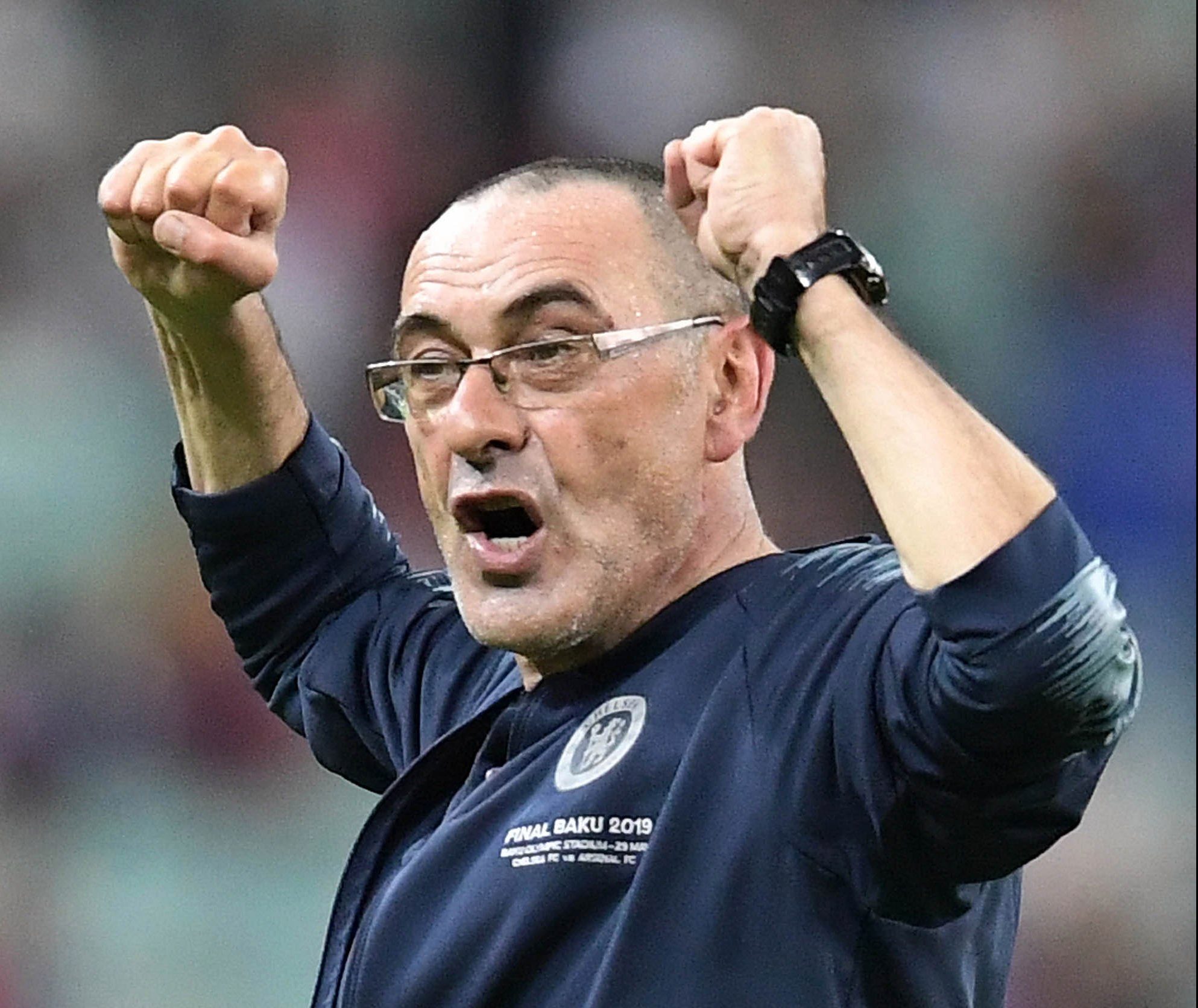 It means Juve will pay £5million in compensation to Chelsea.

That is because Sarri still has 12 months left on the two-year deal he signed at Stamford Bridge last summer after leaving Napoli.

Although criticised for much of the season, Sarri can hold his head high for completing a successful campaign in England.

Chelsea finished third in the Premier League and lost to Manchester City on penalties in the Carabao Cup final.

And they rounded off the year by beating Arsenal in the Europa Leauge final, securing Sarri's first major piece of silverware.

He now looks set to replace Massimiliano Allegri in the Juventus dugout.

His compatriot won the Serie A title in all five seasons with the Old Lady – so the expectations will be high for his successor.

But for Chelsea, the familiar task of finding a new manager returns.

A potential swap with Allegri heading in the opposite direction is one option while Watford's Javi Gracia and Wolves' Nuno Espirito Santo have both been linked.

But the odds-on favourite remains Frank Lampard, who took Derby to the Championship play-off final in his first season as a manager.

Although, as with Sarri, it did not come as a surprise, it will still be a blow for the Blues as they will not be able to sign a replacement this summer.

Chelsea were slapped with a two-window transfer ban by Fifa after their signing of foreign minors.

They have become resigned to the fact that they will not be able to sign players this summer but are hopeful of reducing the embargo to be able to recruit in January.