MICHAEL BISPING changed the face of UK mixed martial arts five years ago by winning the UFC middleweight title – but The Count insists it's only a matter of time before a second British champion is crowned.

On a hot summer's night in Inglewood, California, the enigmatic and battle-weathered Bisping achieved a feat many thought would elude him. 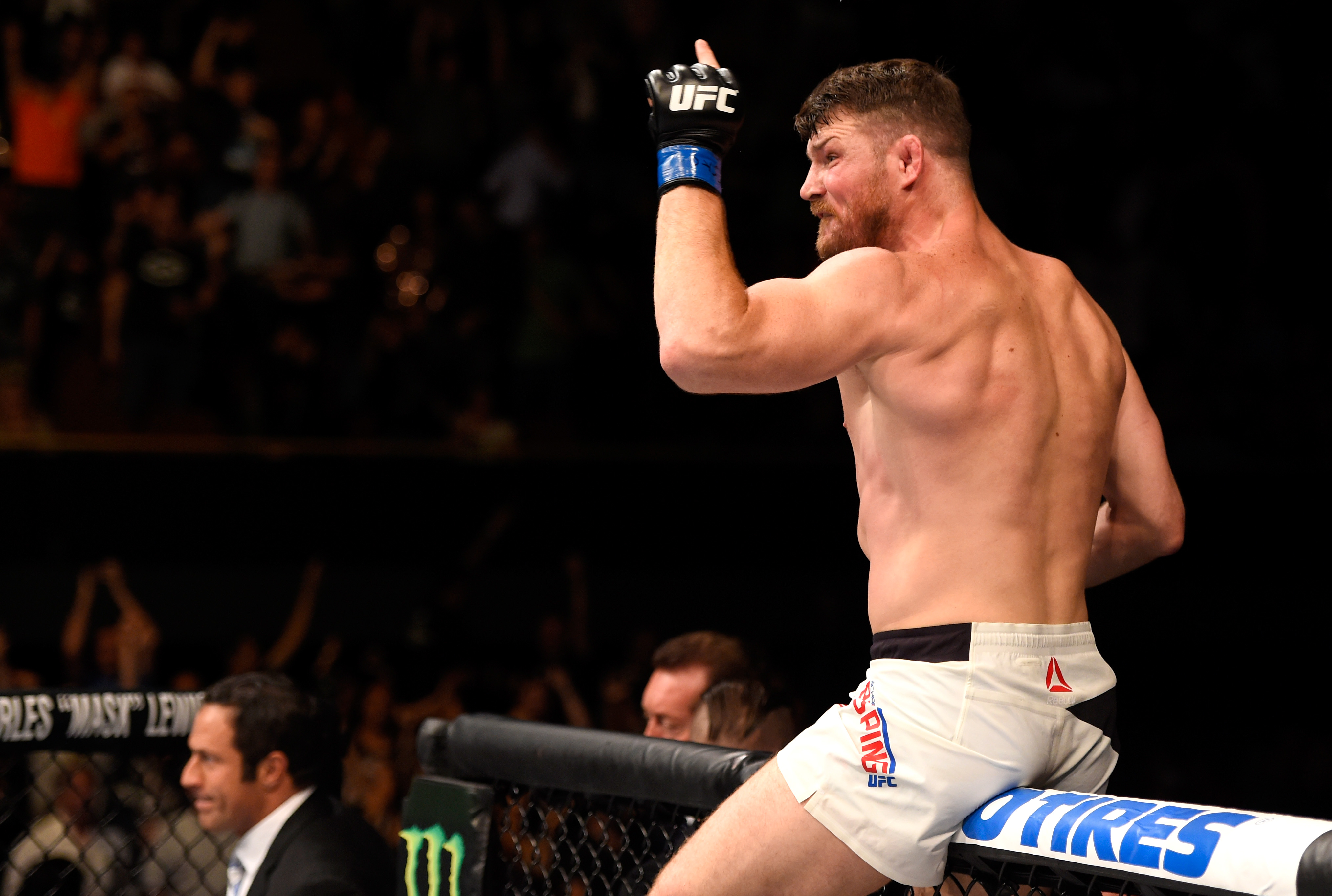 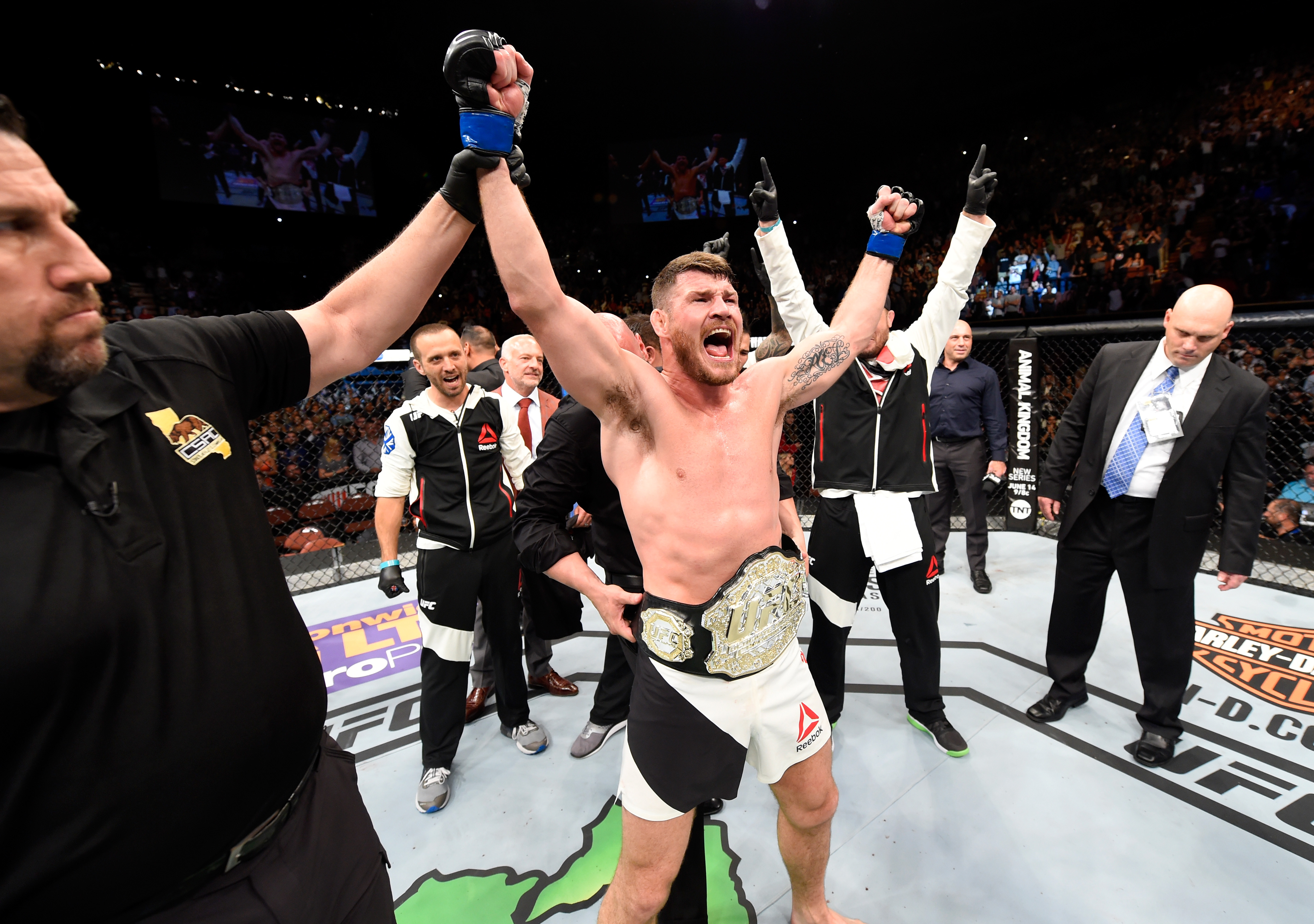 And to say the odds were stacked against the pride of Clitheroe going into his maiden title fight – which would serve as the main event of UFC 199 – would be an understatement.

A mere 17 days was all Bisping had to prepare for the biggest fight of his life, which just so happened to be a rematch against former foe Luke Rockhold.

The pride of Britain's chances of avenging his 2014 loss to the newly-crowned champion were written off by just about everybody in the sport. In fact, many saw him as the proverbial sacrificial lamb being led to the slaughter.

But a perfectly-placed left hook a little after the three-minute mark would see then 37-year-old silence his doubters and leave the Forum with the belt on his shoulder.

He told SunSport: "It's a great honour to be the first and only British champion that we've had. I am extremely proud of that, but I firmly believe that I'm not going to be the last.

"Darren Till is there, Leon Edwards is there, there's other people in the wings as well. Whilst it's great [and] sounds awesome to be there first and only, that won't stay that way for long." 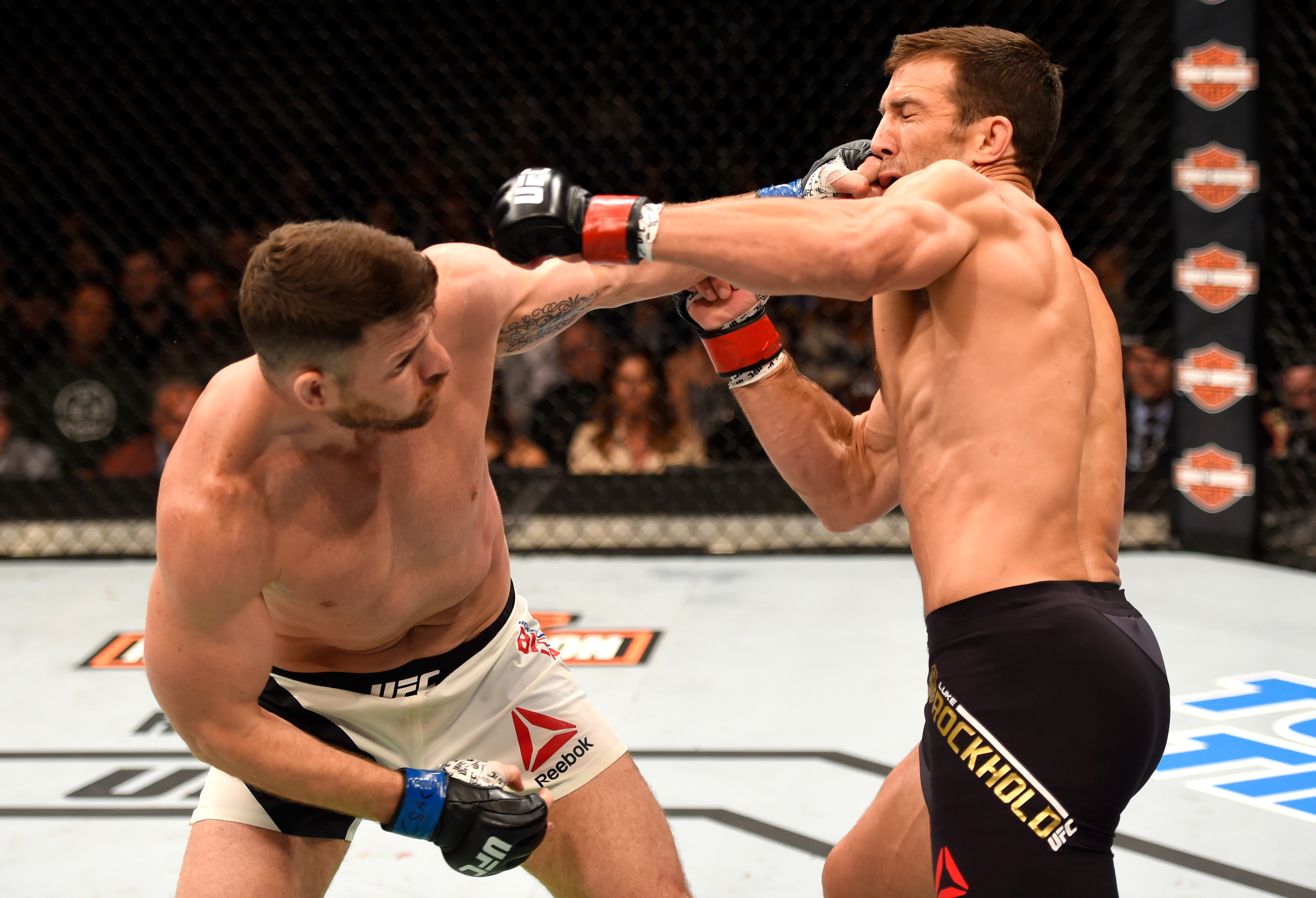 Bisping's upset of Rockhold – whom he now calls a team-mate – etched his name into the UFC annals and further elevated his role model status in the UK.

Being an inspiration to aspiring combatants is something the Ultimate Fighter season three competitor never envisaged early in his career, although the accolade has grown on him in recent years.

He said: "It's weird. As you said, I never set out to be a role model.

"But as I'm older now, I'm 42, I do kind of recognise that what I did does – and I want to choose my words carefully – maybe inspire younger martial artists and things like that.

"And as I say, I'm not disappearing up my own backside, but I'd be a fool if I never recognised that. That's now as I'm older and I have matured a bit.

"I do kind of take that seriously and I want to be a good role model and a good figure for young kids to look up to. So I do try and carry myself a bit better these days.

"When I was younger, I was a bit of an idiot. But there you go, lo and behold we all grow up eventually."

Bisping's Hall-of-Fame career would come to an end in March 2018 following consecutive losses to Georges St-Pierre and Kelvin Gastelum, the latter of which left him with partial injury to his good eye.

But unlike many of his fellow retired colleagues, the desire to compete no longer burns as it once did.

He said: "I've been there, done it and got the t-shirt. I've had a lot of fights. At the time of my retirement, I set a lot of records, won the belt.

"There's nothing more to do. I'm in the bloody Hall of Fame, it's unreal. I'm a competitor, though, and I still like to do it. But unfortunately, my body has failed me in many ways.

"I've had two total knee replacements, I surgery on my neck in January. They put a titanium plate in my neck, they want to go and put another two titanium plates. But fingers crossed it doesn't come to that. 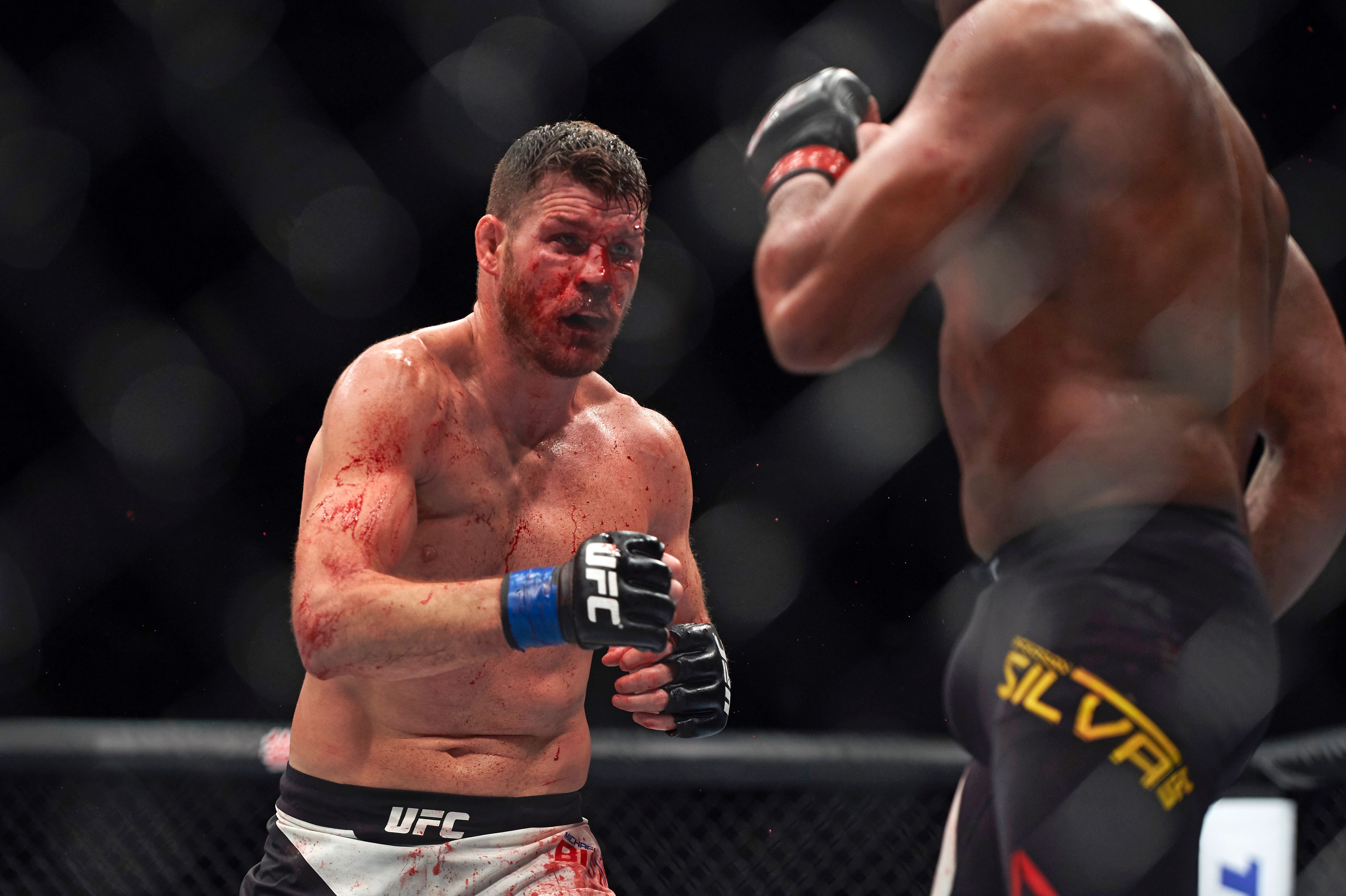 "Obviously I'm blind in one eye, I've got bloody this massive lump on the wrist – that hurts. So my body is a mess, but I still like to go in there and compete.

"So I go in and do some jiu-jitsu here and there. I might compete in some jiu-jitsu or something like that or some grappling. But yeah, my fighting days are over."

When it comes to fighting, Bisping is in the reflective stage of his life – which was very much enriched by the blood, sweat and tears he spilled inside the octagon.

And the 42-year-old is set to regale his entire career to scores of British and Irish fight fans in a speaking tour this October.

An Evening with Michael Bisping is set to touch down in Dublin, London, Manchester, Birmingham and Glasgow on October 4th, 5th, 6th, 7th and 8th respectively. 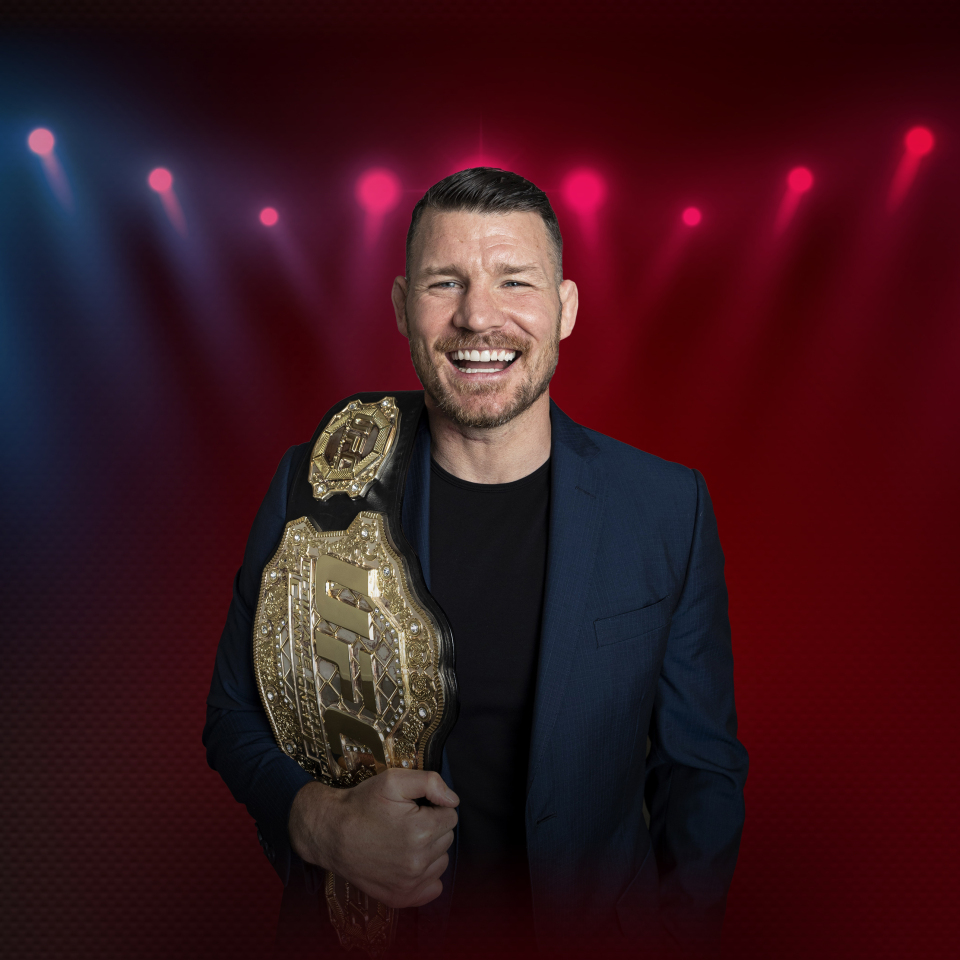 Never in his wildest dreams did Bisping imagine he'd be sharing his stories with the fans who supported him through thick and thin.

He said: "I didn't [think I would ever be doing this]. No. You know if you've watched the movie. What is it? Raging Bull. And at the end, he's there doing it in the little pub.

"And I was like, 'It looks kind of sad.' But I'm really excited for it. I never thought I'd be doing that, never in my wildest dreams.

"And I never thought people would buy so many tickets to come and watch it. It really, really has blown my mind.

"But the reality is I do have an interesting, wide and varied story to tell. A lot of funny anecdotes, a lot of shocking stuff, a lot of inspiring stuff – I guess."

Catch An Evening with Michael Bisping: Tales from the Octagon this October in the UK, tickets from myticket.co.uk.