Ken Goldin of Goldin Auctions on sports memorabilia on the auction block.

Jordan’s 1986-87 Fleer rookie card sold for $150,000 at Robert Edwards Auctions early Monday morning. The card was graded a Gem Mint 10 by PSA and is the highest price ever paid at an auction for a Jordan rookie card of its kind.

“This is an ultra-high-grade example of the premier modern-day basketball card. The 1986-1987 Fleer basketball issue is extremely condition-sensitive due to its blue flush-to-the-border design. The offered example is pack-fresh with four razor-sharp corners, bright colors, a flawless image, and no chipping to the extreme edges of the condition-sensitive red and blue borders,” a description of the card on the auction house’s website read. 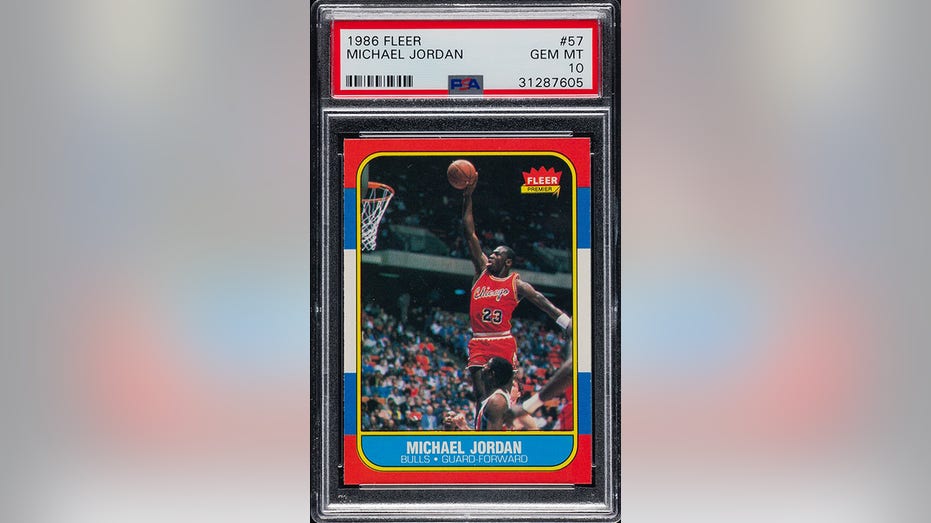 Similar Jordan rookie cards, even graded lower than a Gem Mint 10, go for thousands on selling websites such as eBay.

Prices for the Jordan rookie card soared earlier in the year. A similarly graded card sold for $99,630, according to Goldin Auctions. The Action Network’s Darren Rovell noted in May that the rookie card’s value has skyrocketed since March. According to Rovell, on March 21 the same card was sold for $48,600.

Additionally, an unopened wax box of 1986-1987 Fleer basketball cards sold for $126,000 at Robert Edwards Auctions. The lucky buyer could snag a Jordan rookie card in one of the packs. Larry Bird and Charles Barkley are also featured in the set.