MIKE TYSON looked fighting fit as he pumped some weights on the beach.

The boxing veteran showed off his strength as he effortlessly lifted buckets of dead fish and flipped an empty shark cage. 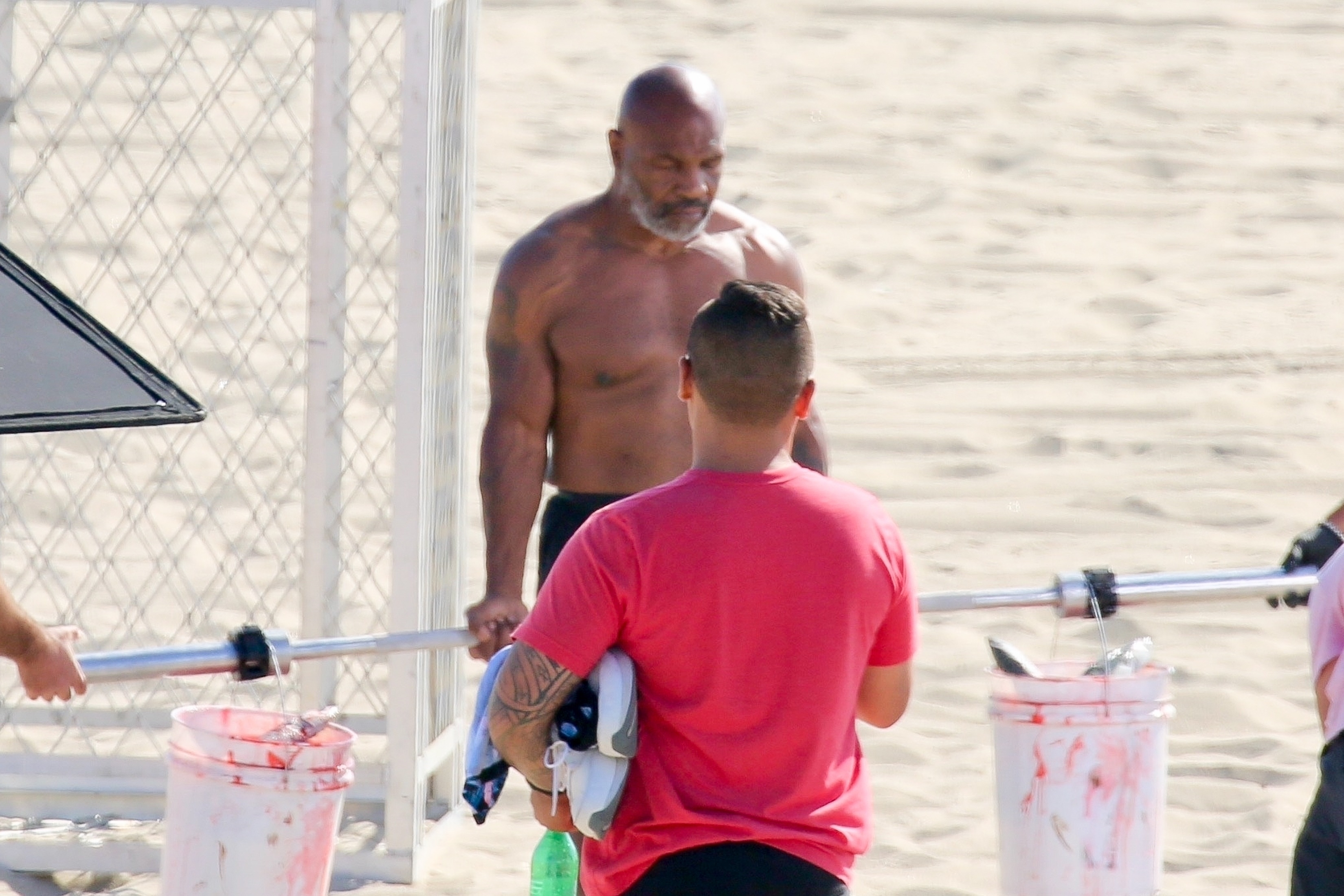 Tyson was pictured enjoying a photo shoot on the beach in sunny Los Angeles.

He has been knuckling down in the gym since he announced a comeback was on the cards.

The former Baddest Man on the Planet's opponent has yet been confirmed – but he looks ready to rumble.

Tyson, who turned 54 this week, used two buckets of dead fish as makeshift weights during the shoot.

He showed off his strength as he launched a lifebuoy in the air and tipped over an empty shark cage.

The heavyweight boxing legend then chucked on his snorkelling gear and… armbands. 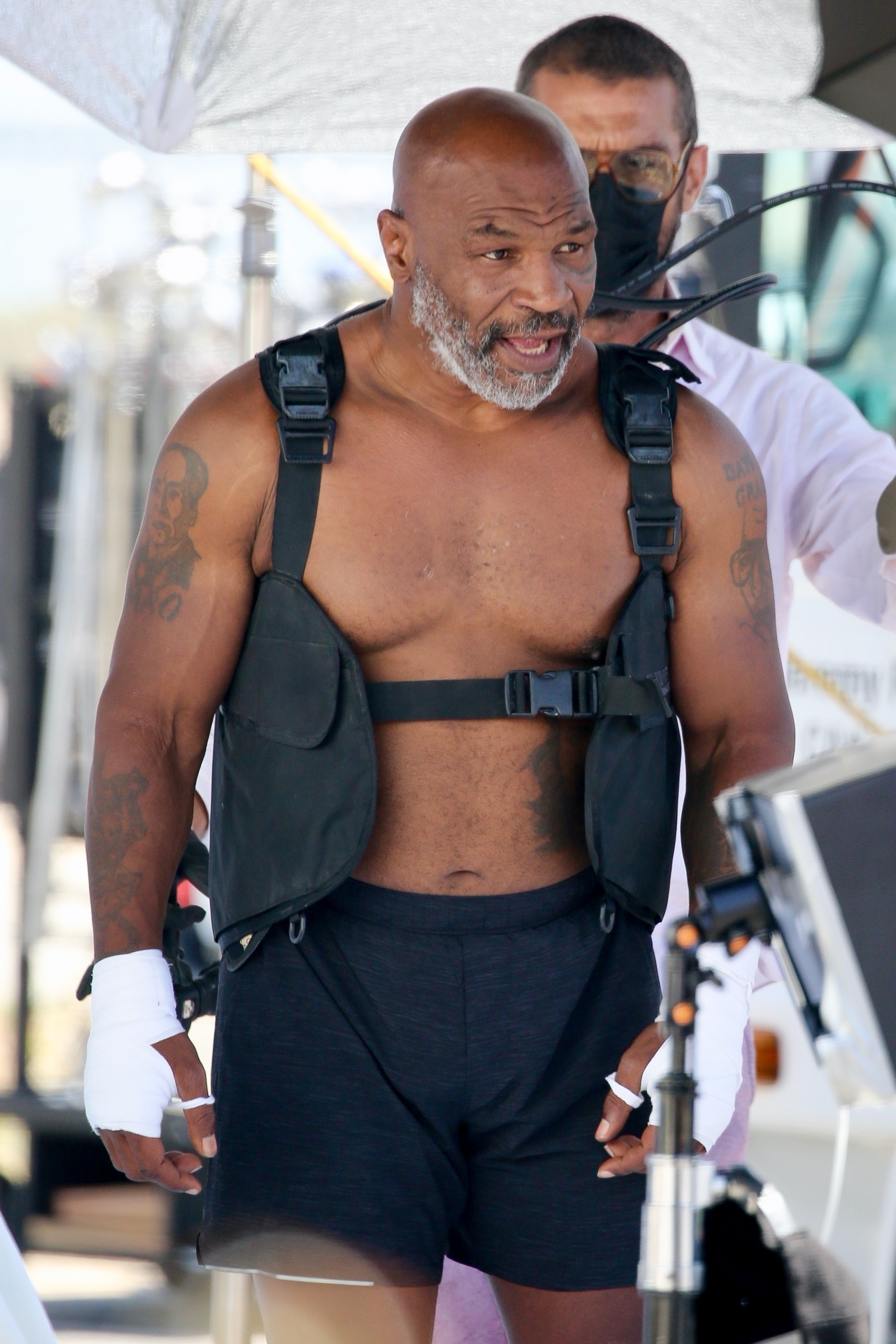 Tyson's pumped up physique shows how seriously he is taking his return to the ring.

He proved he is in prime condition with his latest brutal training video.

His next opponent has not yet been confirmed, but earlier this month it was reported that Tyson was close to agreeing a £19.9m "steel cage" deal with Shannon Briggs. 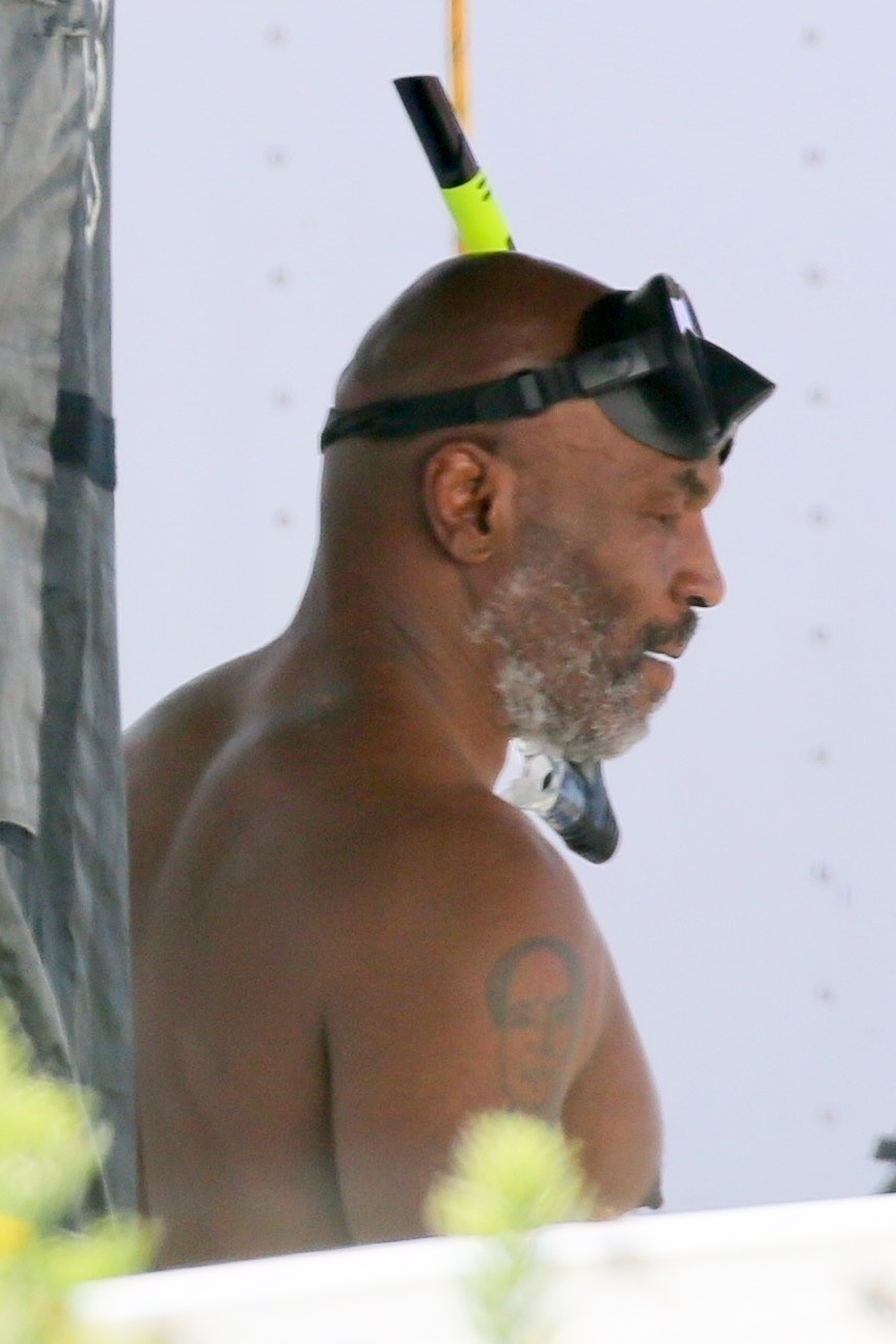