VENEZUELA'S football team claimed they were prevented from training in Chile despite 'complying with all established Covid protocols'.

The nations are due to meet in a World Cup qualifier on Thursday night (local time) in Santiago with the visitors arriving on Tuesday afternoon. 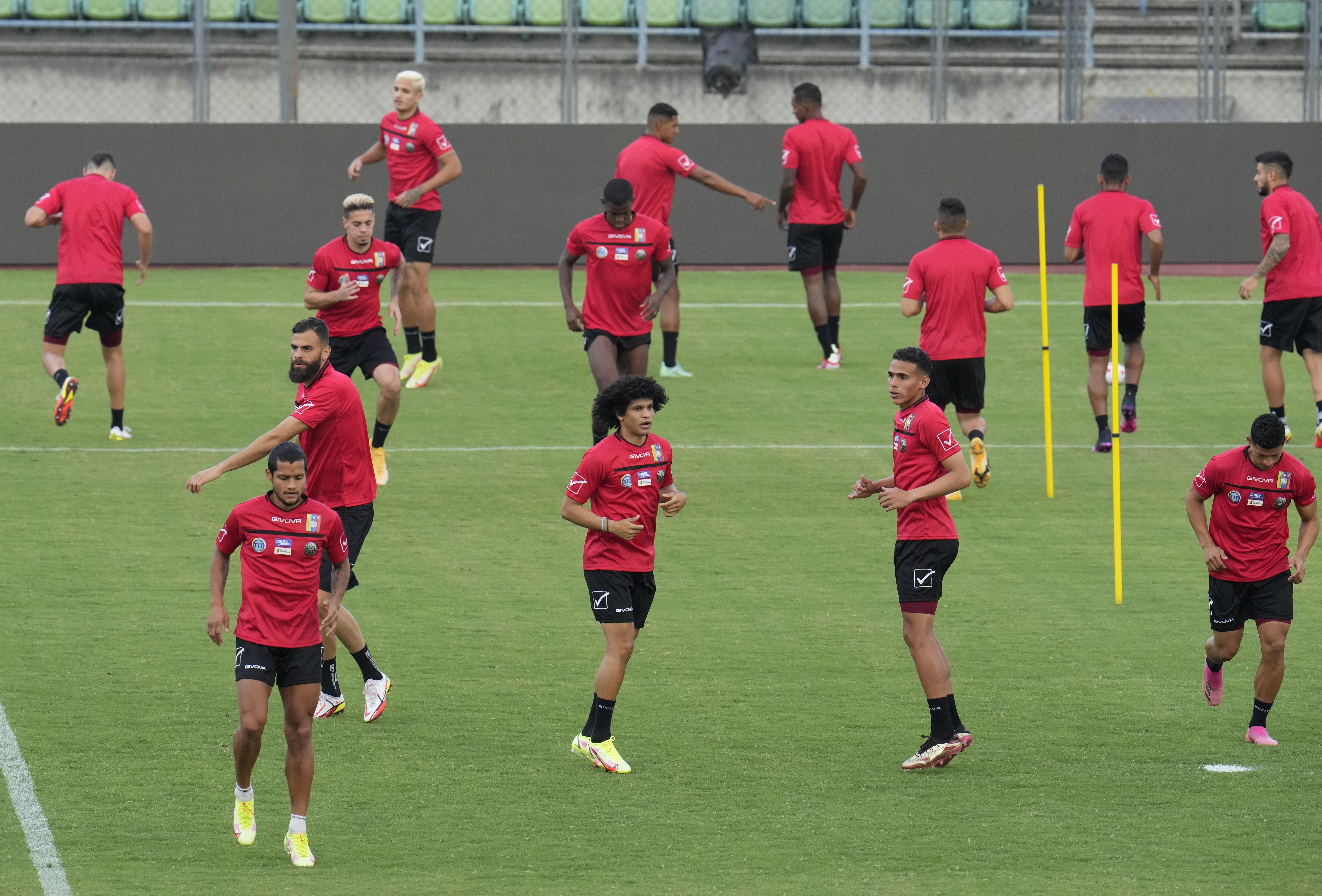 But the Venezuelans complained local authorities had not permitted them to leave their hotel to train at the Colo-Colo Sports and Social Club that evening.

A Venezuelan Football Federation statement on Tuesday night read: "The Venezuelan soccer federation informs the public that, being more than 4pm in Chilean national territory and having complied with the times and forms established by the Covid protocols, the Chilean authorities do not allow the departure of the Vinotinto delegation to the scheduled training at 5pm at the headquarters of the Colo-Colo Sports and Social Club.

"The Venezuelan national team arrived at the airport, presenting all of its tests with a negative result.

"Additionally, in a concentration hotel another sample of tests was carried out that also gave negative results in their entirety.

"From the early hours of this Tuesday we continue to await the resolution so that they allow us to attend our training and prepare adequately for the match against the Chilean National Team, on Thursday, October 14 at the San Carlos Apoquindo stadium.

"The Venezuelan delegation appreciates the pertinent collaboration of the Chilean health authorities."

All non-Chilean residents who wish to enter Chile must validate their vaccine status online before entry and then submit supporting paperwork 48 hours before entry.

Travellers must also provide a negative PCR test taken within 72 hours of arrival.

And upon entering the country, they must be kept in isolation until they have the result of a PCR test carried out after entering Chile.

This is the latest chapter in the South American Covid chaos saga after Brazil's match with Argentina was called off after just six minutes last month.

Federal police also appeared within minutes of kick-off and tried to detain four Argentina players and deport them from the country.

Lo Celso, Romero, Martinez and his Villa team-mate Emiliano Buendia travelled to South America, despite Premier League orders to not travel for internationals in red-list countries.