The Bills and Titans’ Tuesday night game is sacrosanct scheduling for a league that prizes little over routine. But the N.F.L.’s desire to keep its calendar on track leaves little room for changes. 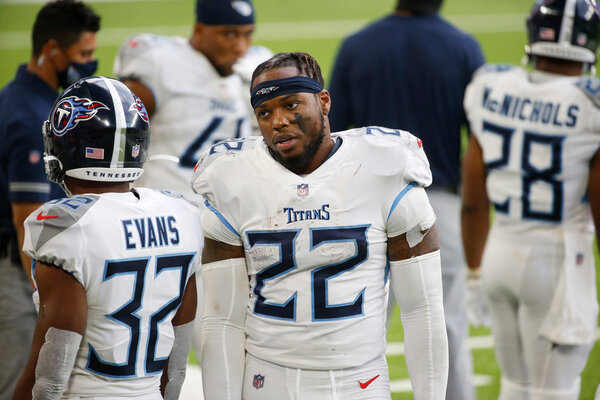 In a normal N.F.L. season, a showdown between two undefeated teams in Week 5 would be must-see viewing for football fans.

But this season is anything but normal, as evidenced by the fact that the Buffalo Bills (4-0) and the Tennessee Titans (3-0) are playing in Nashville on Tuesday. It is the first time in a decade, and only the third instance in the past 74 years, that a game has been played on that day of the week.

The decision to schedule a game that is usually an off day for most players was made to accommodate the league’s first full-blown coronavirus outbreak, which began almost three weeks ago in the Titans locker room.

After postponing the Titans’ Week 4 game against the Pittsburgh Steelers to Oct. 25, the league this weekend also pushed Sunday’s Titans-Bills game to Tuesday after more players and staff members tested positive for the coronavirus. But a season played outside of a so-called bubble is subject to the will of an unpredictable virus and confirmation that Tuesday’s game would be played was predicated on no new positive test results from either team.

Gnawing uncertainty is the new normal this season as the N.F.L. tries to finish its 256-game regular season in 17 weeks, and to give its broadcast partners — who are all preparing to bid on new long-term rights contracts in the coming year — the content they crave.

Thus far, the league has had the flexibility to move games around as it did with the Titans-Steelers game because, through five weeks, teams still had unused bye weeks. Even so, positive tests on the Titans and New England Patriots this weekend triggered a cascade of changes to the league’s schedule that affected half a dozen other teams.

Troy Vincent, the executive vice president of football operations, told reporters on Tuesday that rescheduling games is going to get harder as the season progresses because more teams will have used their bye weeks. He added that the owners and league executives have discussed adding an 18th week to accommodate future rescheduled games.

But for now, he said, it is full steam ahead, even if that means playing on Tuesdays. 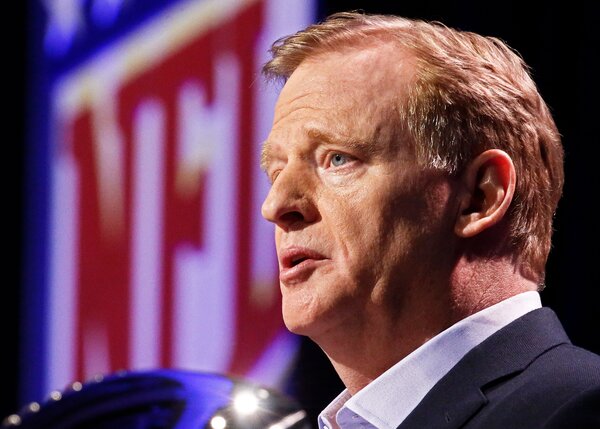 This imperative, where no game is guaranteed to take place until kickoff, has turned the Bills-Titans matchup into not just must-see TV, but an instance of must-play scheduling. Health and competitive concerns need to be considered, frantically, against the precariously balanced N.F.L. calendar.

Vincent trumpeted the high-scoring games and exciting comebacks teams have played so far this season. But fans tuning in on Tuesday will be able to see more clearly than in any game this season whether the virus has affected the quality of competition.

No team has had to deal with as much disruption as the Titans, who have reported two dozen positive cases since late September, when they first shut down team facilities after playing the Minnesota Vikings in Week 3. After returning to league-sanctioned in-person activities for one day, the team again shuttered its facility Sunday when another staff member tested positive. Titans have only been allowed to practice as a group for fewer than three days this month.

The juggling of schedules has eroded the competitive equity the N.F.L. professed to prefer. During the off-season, the league tried to preserve a level playing field for teams in the midst of a pandemic that initially hammered some parts of the country and skipped past others. The league, for instance, said that no team would be able to practice until every team could.

Yet while the Titans were sidelined, their opponents — the Steelers and the Bills — continued practicing together. The same was true for the Jets, who sent their players home last week for one day — after what turned out to be a single false positive test — while their upcoming opponents, the Arizona Cardinals, practiced.

Teams welcome extra days to practice and recuperate, but most years, those days are scheduled, not thrust on teams at the last minute. Indeed, the Bills have been in a holding pattern while the N.F.L. assessed the outbreak in Nashville, frustrating players and coaches — creatures of routine in the best of times — wary of playing on an odd day.

This last-minute approach to scheduling is wearing on players. To squeeze in the Chiefs-Patriots game on Oct. 5, the league bent its own rules and allowed the Patriots to fly to Kansas City, in two separate planes, on the day of the game.

The decision prompted Patriots defensive back Jason McCourty to question whether the league was more interested in making sure such a high-profile game was played during prime time rather than ensuring the safety of players.

For the league and the players’ union, McCourty said, “it is not about our best interest, or our health and safety — it is about, ‘What can we make protocol-wise that sounds good, looks good, and how can we go out there and play games?’”

Still, the league shows no sign of slowing down. The N.F.L. owners met Tuesday, and will again Wednesday, to discuss safety measures and potential penalties for violations. Commissioner Roger Goodell said the owners were told that the league “cannot grow complacent.”

The league is considering heavy penalties besides fines for the Titans for violating the league’s safety protocols and for inconveniencing other teams. Last week, reports emerged that several of the team’s players practiced together outdoors while under orders not to hold in-person sessions.

The league said last week that teams not in compliance with its rules could be fined, lose draft picks, and even forfeit games if their actions affected other teams. Goodell, though, declined to say whether the Titans would be held accountable for the outbreak whose effect still ripples through the league. “This is not about discipline — this is about keeping our personnel safe,” Goodell said.

As the owners debated the merits of penalizing Tennessee, the Titans juggled their roster ahead of Tuesday night’s game. On Sunday, the team removed defensive lineman DaQuan Jones and long snapper Beau Brinkley from its Reserve/Covid-19 list for players who either test positive for the virus or who have been quarantined after close contact with an infected person. Seven other members of the Titans’ 53-man active roster, as well as three players on the practice squad, remain on the list.

“Obviously we’re going to be missing some guys, but that’s just the situation we’re in,” Ryan Tannehill, the Titans quarterback, said Saturday. “We didn’t choose this, but we’re living in the middle of a pandemic and this came up.”