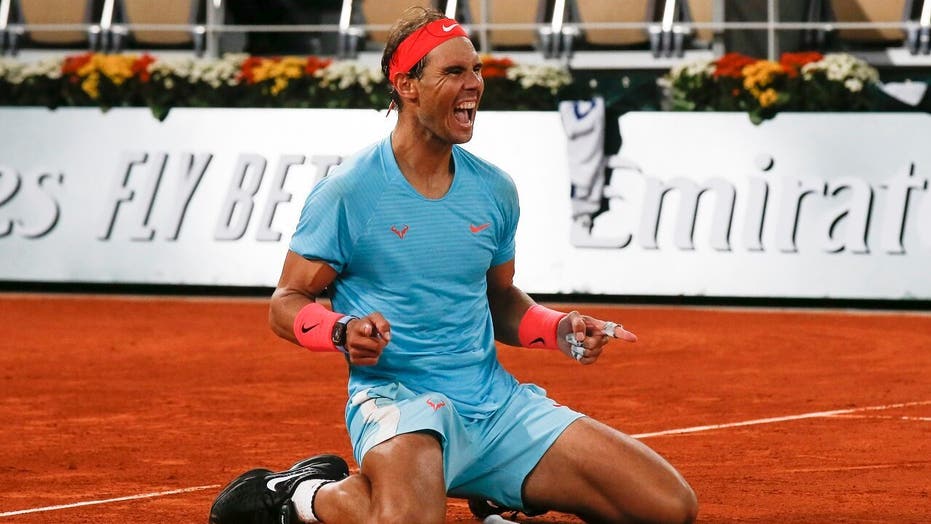 Rafael Nadal secured his title as king of the clay on Sunday after defeating Novak Djokovic in the men’s final of the French Open to extend his record to 13th titles at Roland Garros and his 20th Grand Slam.

Nadal dominated the entire tournament, not giving up a single set, including in his victory on Sunday over Djokovic where he went 6-0, 6-2, 7-5.

The World No. 2 extended his own record for most wins at the French Open to 13 and tied with Roger Federer for the most major singles tennis championships won by a man with 20. 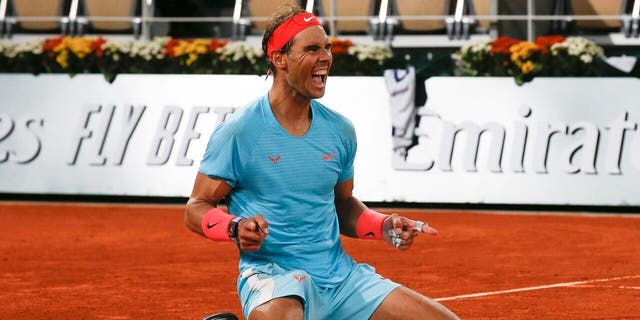 At 34 years old, Nadal is the oldest French Open champion since 1972, and the more than 15 years between his first and most recent Grand Slam titles is the longest such span for a man.

This was the 56th installment of Nadal vs. Djokovic, the most meetings between any pair of men in the professional era, and their ninth in a Grand Slam final, equaling Nadal vs. Federer for the most.

Nadal limited his unforced errors to 14 across 183 points while Djokovic accumulated 52.

Djokovic would come alive in the third set to get his initial break on his fifth opportunity, making it 3-all but it wasn’t enough for the 33-year-old Serbian to force a fourth set.