Sport Australia this week joined forces with the Australian Human Rights Commission and the Coalition of Major Professional and Participation Sports to launch new guidelines for the inclusion of transgender and gender diverse people in sport. 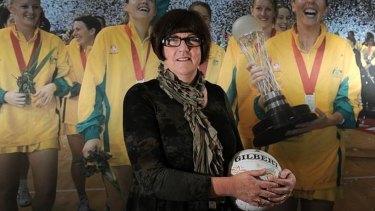 Tiley agreed but acknowledged "there will always be challenges" in striking the right balance between fairness and inclusion.

Speaking to The Age at the launch of the guidelines to promote the inclusion of transgender and gender diverse people in sport, Tiley said: "You've got to put a stake in the ground.

"And this is that stake, we've got the guidelines now."

The guidelines include information about the Sex Discrimination Act and guidance on creating and promoting inclusive environments in clubs.

"In five years wouldn't it be wonderful to think that everyone in this country felt safe and included to participate in any sport?" Palmer said.

The guidelines canvass an "inclusion checklist" that lists six simple changes that clubs can adopt to make their sporting environment more accepting.

These include changes to uniforms and facilities to cater for different body shapes as well as a publicly available inclusion policy that promotes strong leadership and education.

The 50-page glossy booklet also includes examples of discrimination, such as a transgender man being told he cannot register for a men's club or non-binary people being unable to order a tennis skirt in the appropriate size.

Tiley said that the biggest challenge will be in getting people to accept and enforce the guidelines.

The issue is that people will still have a jaded view of this topic.

"It’s very straightforward, there are six main items on the checklist. But the issue is that people will still have a jaded view of this topic. There's going to be people out there who are going to be sceptical, have a different view.

"But if it comes from the ground up, from people in the clubs, it's the first step, one of many."

Palmer said the guidelines will work towards changing "ingrained" attitudes and beliefs at the local and community sporting level.

"We can’t convince them by hitting them around the head, it’s a systems approach," she said.

It's a change that transgender athlete Emily Scott welcomes. The 37-year-old began playing football as a child with boys aged 11.

But in the last three seasons, she has played alongside other women in the South Eastern Women's Football League.

"When I was forced to play men’s football it was to affirm a masculine identity that never belonged to me. But now I don't have that pressure to be someone I’m not and I get to play with my mates and feel free."

She describes her experience with transitioning into women's sport as "lucky" as she has felt included, welcomed and even celebrated.

"But I know that’s not a common narrative for trans athletes. And that’s why today is so important to change that and make sure everyone is welcomed and valued."

While the guidelines present a charter for social change, international sporting codes such as the International Association of Athletics Federations have their own regulations that govern gender-based eligibility. These create exceptions to anti-discrimination laws based on "strength, stamina and physique" and can force athletes to take hormones to be able to compete.

Under IAAF regulations, Semenya – the double Olympic 800m champion – will need to take hormone-lowering agents if she wishes to continue her career in her preferred event. She is challenging the regulations in the courts.

While Tiley and Palmer acknowledge these are complicated issues that won't be addressed with the launch of the new guidelines, they say the guidelines are a crucial part of the conversation for wider society.

"Let sport be an example for broader society, showing how we can positively influence community connections and a better future," Palmer said.