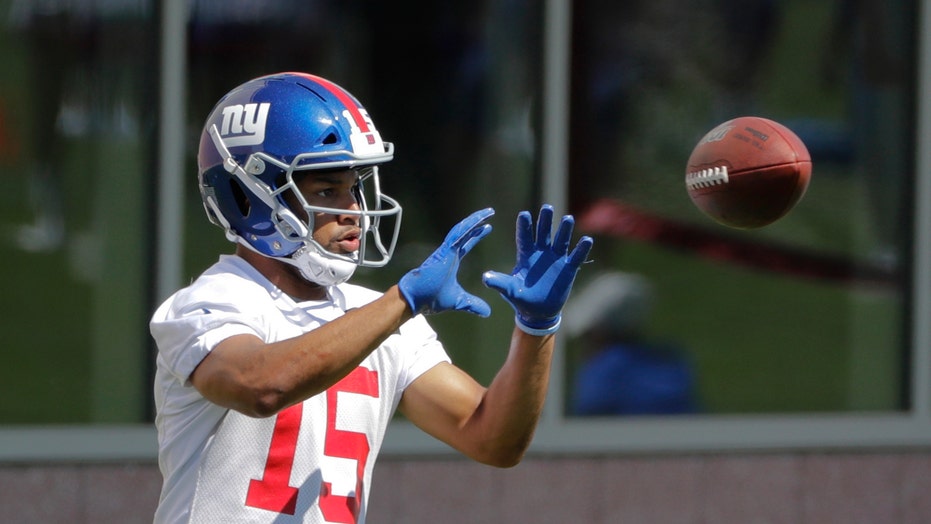 The wide receiver, who turns 31 on Aug. 2, announced his own suspension on Twitter Saturday, in which he blamed the positive test on an ingredient in a prescribed fertility medication.

The NFL has not announced the suspension and it had no comment, league spokesman Brian McCarthy said in an email Saturday to The Associated Press.

Tate said that when he realized the ingredient was on the banned substances list, "I immediately discontinued use, I reported the situation to the Independent Administrator of the NFL Policy on Performance-Enhancing Substances, and I spoke with my coaches and general manager. I did all of this well before a failed test was even confirmed."

The receiver added that he knew "an initial suspension was imminent, but myself and the Giants organization are confident in the facts, and eagerly await my appeal to put this behind us."

Despite Tate's optimism, drug suspensions are rarely overturned due to the NFL's ironclad policy on banned substances, which states that "[p]layers are responsible for what is in their bodies and a positive test will not be excused because a Player was unaware that he was taking a Prohibited Substance."

In 2014, Indianapolis Colts defensive end Robert Mathis claimed that his pending suspension for violating the drug policy was due to his taking unapproved fertility drugs. 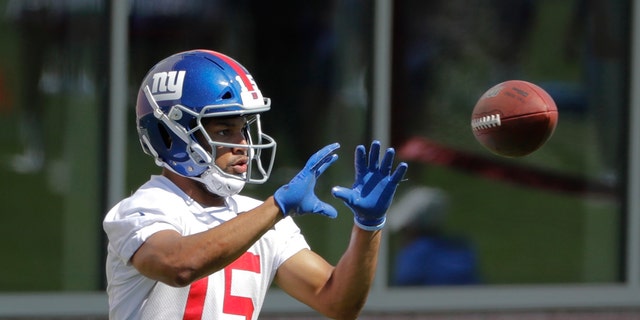 Golden Tate has been suspended for four games for using a drug prescribed for fertility planning. The 10-year veteran, who signed with the Giants in March as a free agent, announced the suspension in a Twitter post on Saturday. (AP Photo/Frank Franklin II, File)

"Like many families, my wife and I faced fertility challenges, and I sought medical assistance," Mathis said at the time. "I specifically asked the doctor if the medication he prescribed for me would present a problem for NFL drug testing, and unfortunately, he incorrectly told me that it would not. I made the mistake of not calling the NFL or NFLPA to double-check before I took the medication at the end of last season."

Tate's failed test is the latest setback for the Giants receiving core following the blockbuster trade of Odell Beckham Jr. to the Browns in March.

Both Sterling Shepard and Corey Coleman suffered injuries during the first day of training camp on Thursday. Shepard fractured his thumb and is questionable for the start of the regular season, while Coleman tore his ACL and is out for the season. Shepard says he's optimistic he will be ready for the season opener on Sept. 8 at Dallas, but he's yet to start catching passes with two hands.

"We will be fine," Shepard told the media. "Like I said, we have guys that will step up. This is the NFL, everybody can play and they will have an opportunity to showcase their abilities."

Tate, who signed a four-year, $37.5 million contract with the Giants this spring that included $23 million guaranteed, has never violated the league's rules on banned substances in the past.

In 2018, Tate caught 74 passes for 795 yards with both the Detroit Lions and the Philadelphia Eagles. He won Super Bowl XLVIII as a member of the Seattle Seahawks and had at least 90 receptions in four consecutive seasons with the Lions.