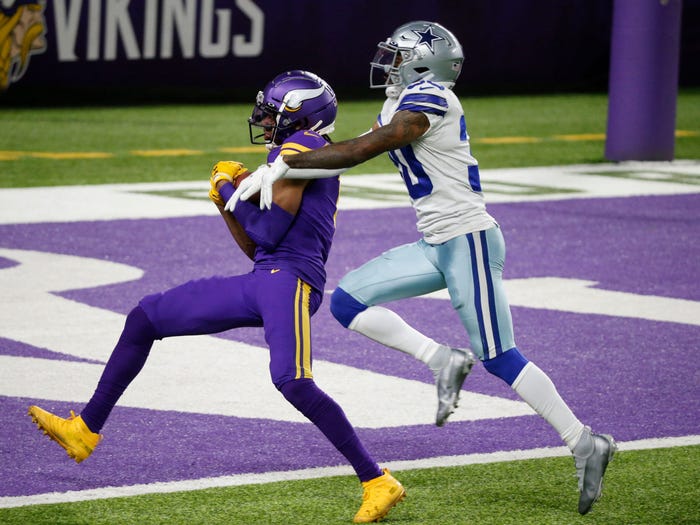 As the NFL heads into the home stretch of the season, motivation becomes key.

Some teams are still fighting to breakthrough into the postseason, while others are already planning for 2021. In between are some of the most puzzling teams to figure out — those that aren't yet technically eliminated but would need a miraculous twist of fate to lift the Lombardi Trophy come February.

Figure out a team's motivation, and you can usually figure out which way to bet. Last week, our bets went a dismal 5-9 against the spread. Let's see if we can bounce back this week with some winners (* indicates home team).

Despite their poor record, the Texans have won two of their past three games. They don't look like a team that has given up yet. Meanwhile, the Lions got shut out by the Panthers last weekend in a game that could not have been more depressing.

Both of these teams are 3-7, but somehow, the winner of this game will jump to the top of the NFC East standings. Alex Smith has been solid aside from some turnover issues for Washington, but I think the talent in Dallas wins out in this one.

The Ravens got kicked in the teeth last week by the Titans in an overtime loss, but Lamar Jackson should be able to keep this one close. The Steelers are 10-0 so far on the season, but they have to drop a game eventually, right?

Tua Tagovailoa is looking for a bounce-back game after getting benched for his disappointing performance against the Broncos last weekend. Luckily for him, the Dolphins are up against the Jets this week, who have conveniently served as the ultimate bounce-back opponent for players who had been struggling throughout the season.

The Jaguars announced on Wednesday that Mike Glennon would be taking over the starting quarterback role for the team this week, and you don't get to bet against Mike Glennon too often anymore. The Browns are a solid team, but they need to prove themselves as dominant against weaker competition. This seems like a good opportunity to do so.

Of the Chargers' seven losses this season, just two have been by more than five points. Los Angeles is better than you might think, and even if they lose, they should be able to keep this one within the number.

Neither of these teams has a great record, but they couldn't be further from each other in terms of what's still on the line this season. The Giants are a win away from jumping to the top of the NFC East standings, while the Bengals are still reeling from the loss of quarterback Joe Burrow and have all eyes set on 2021. It's never fun to lay this many points with a bad team, but the Giants have everything to play for, and the Bengals don't.

The Patriots defense has allowed their opponents an average of 281 passing yards over their past three games — good for sixth-worst in the NFL. The Cardinals have one of the most fearsome passing attacks in the NFL. I'll take the Cardinals and the over in this one.

The Falcons laid an egg against the Saints last weekend, putting up just nine points against their division rival. The Raiders meanwhile, are coming off of another stunning performance against the Chiefs on national television. While Las Vegas came up short last week, their offense looked like a powerhouse. I don't see how Atlanta stops them.

This feels like a close game between two good teams, so let's take the points and hope for the best, especially since we're given the extra half-point hook on top of the field goal.

The Vikings' loss last week against the Cowboys was a disappointment, but Minnesota still has a puncher's chance at stealing an NFC Wild Card spot. If they're going to make a run, they can't drop games like this one.

Taysom Hill wowed in his first NFL start, throwing for 233 yards and rushing for two scores in relief of an injury Drew Brees. Despite his impressive debut and the dominant defense of the Saints, it feels like a stretch to make a backup quarterback nearly a touchdown favorite on the road. Closing my eyes and backing the dog here.

This should be a fantastic finish, and there would be nothing more in the character of Tom Brady than to come out in this game firing on all cylinders ready to match Patrick Mahomes and the Chiefs touchdown for touchdown. But over his past few games, Brady has been absolutely abysmal on his downfield throws, and it's tough to trust that they'll just come back without seeing evidence on the field.

Good teams beat bad teams. The Packers' defense is suspect, but the Bears' offense has been one of the worst units in all of football this year. If Green Bay really hopes to be considered title contenders, they should win this game by 20.

The Seahawks always tend to play weird games in primetime, and the Eagles are extremely well-suited to give them a strange outcome.