No. 12 Notre Dame has started the 2021 season with three straight wins, but they came in close games against Florida State and Toledo before the Fighting Irish beat Purdue by 14 points.

On Saturday, the Irish take on No. 18 Wisconsin. It will be Notre Dame’s biggest test yet. 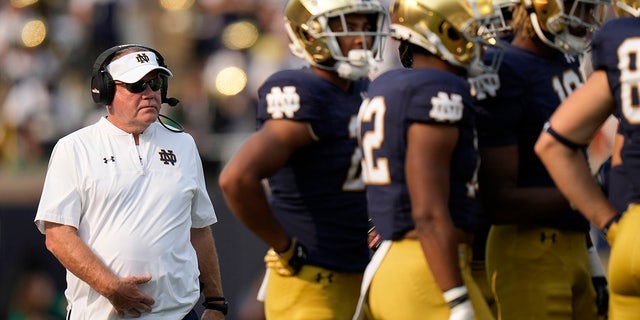 “You don’t get too much intel from those things,” Kelly said, via the Milwaukee Journal-Sentinel. “I’m not a big believer in that, like: ‘Hey, do you know the signals?’ You’ve got to play the game. Jack is a competitor. He loved his time at Wisconsin but this is a new chapter for him. He is very mature, level-headed. He wants to beat Wisconsin, but he wants to beat the following week Cincinnati.

“I think we can make it as much as we want and make it a story. In the building, it’s not that much of a story.”

Coan won 12 games as a Wisconsin starter and also remarked earlier in the week about playing Wisconsin.

“It’s definitely going to be weird. It’s going to be a lot of my friends I’m going to be playing against, guys I still talk to today. But at the end of the day, it’s just another football game and I like to think I won’t get more excited for one game than the next,” he said, via Badgers Wire. 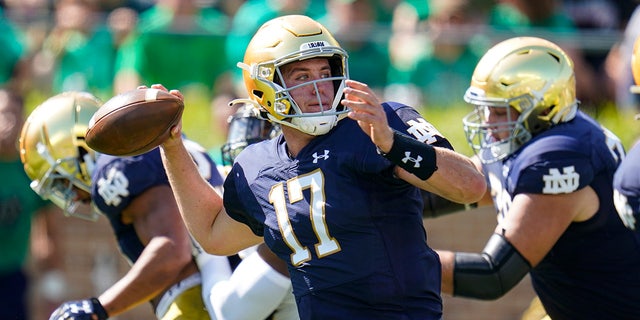 With a win, Kelly could surpass Knute Rockne as the winningest coach in Notre Dame history with his 106th victory. He mentioned to CBS Sports that while the record is nice, winning a national championship is still the goal.

“I can tell you exactly where I sit in Notre Dame history. The coach that won more games that hasn’t won a national championship. That’s where I’ll sit,” he said.

“We’ve brought Notre Dame football back to its relevance in competing for championships. You continue to build toward that goal of winning a championship. Other than that, everything is judged — rightly so — on winning national championships. I knew that coming in.”

The two teams square off at noon ET.