OLLIE ROBINSON has apologised to the England players over his racist tweet shame.

Robinson was worried he would be shunned by team-mates when he stood up in the dressing-room to say ‘sorry’ after play on Wednesday – but captain Joe Root led the way in expressing sympathy and understanding. 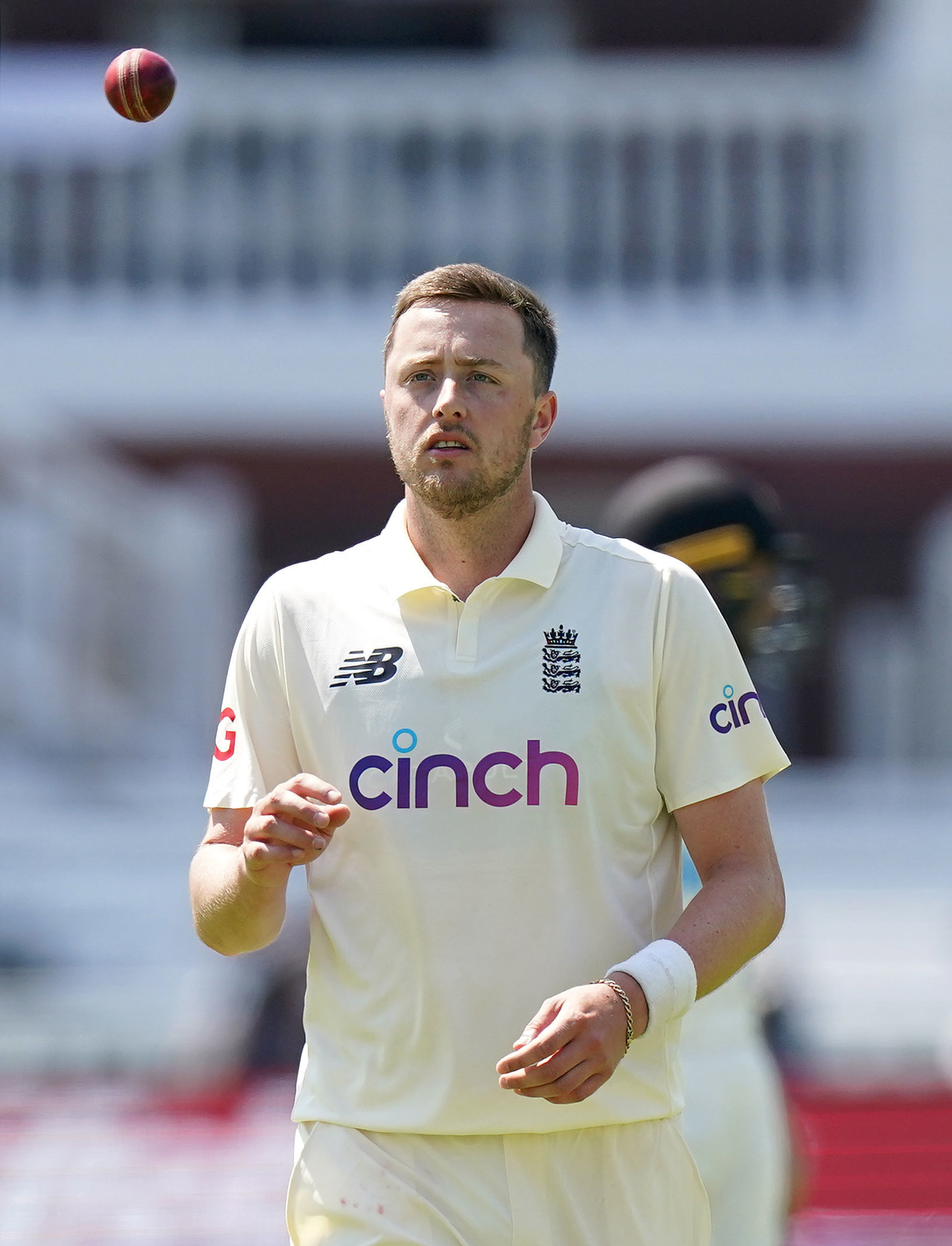 As the fall-out from the row continued, it emerged that the ECB plan to ramp up due diligence on players and that Robinson is likely to miss the Second Test at Edgbaston next week.

The quick bowler is believed to have had a contract with Kent at the time of his offensive tweets in 2012, meaning he came under the auspices of the ECB and giving cricket chiefs the power to punish him retrospectively.

Any sanctions will not be announced until the end of the First Test – which is due to finish on Sunday.

After the first day of the First Test, Robinson read out his statement expressing embarrassment and at his “irresponsible and thoughtless” tweets three times – to Sky TV, the BBC and the written media.

It was excruciating for the player but ECB chief executive Tom Harrison has suggested it will not be the end of the matter. He wants to show a zero tolerance approach especially as the England players are so publicly making statements against discrimination.

Robinson, who finished with a catch and 4-75 in his first bowl in international cricket, posted the tweets when he was 18 and 19.

Former England captain Michael Vaughan says the ECB should have conducted due diligence on Robinson.

Vaughan told the BBC: “I’m staggered the ECB don’t do due diligence on everything – by everything, I mean if you are going into partnership with anyone or a brand, you make sure you know everything.

A few weeks ago, surely England would have known that Ollie Robinson was in their thoughts. You have to go through everything

“They haven’t done that on Ollie Robinson. I don’t think this gets put to bed easily because what he has tweeted is out there.

“A few weeks ago, surely England would have known that Ollie Robinson was in their thoughts. You have to go through everything. These days on Twitter and social media, it’s there for everyone to see.”

The ECB and PCA will increase their due diligence on players – not just senior England internationals but those involved with the Lions and even the under-19s. This could involve not just social media posts but areas such as any involvement with the police.

A statement from Robinson’s county, Sussex, said: “We were beyond disappointed to read these tweets when they were brought to our attention.

“We are pleased Ollie has apologised unreservedly and taken responsibility for a significant mistake he made as a teenager.

“In the years since the tweets were posted, Ollie has matured hugely. The Ollie Robinson we know at Sussex is very different from the young man that sent these tweets.”