LEEDS striker Patrick Bamford was robbed of a goal by ANOTHER farcical VAR 'armpit offside'.

The call was quickly labelled the worst 'in the history of football' by pundit Robbie Savage. 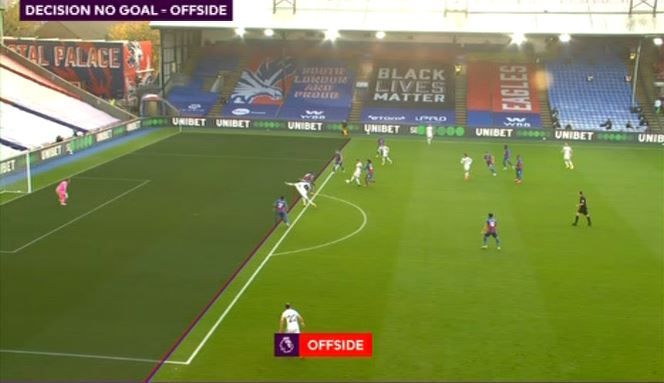 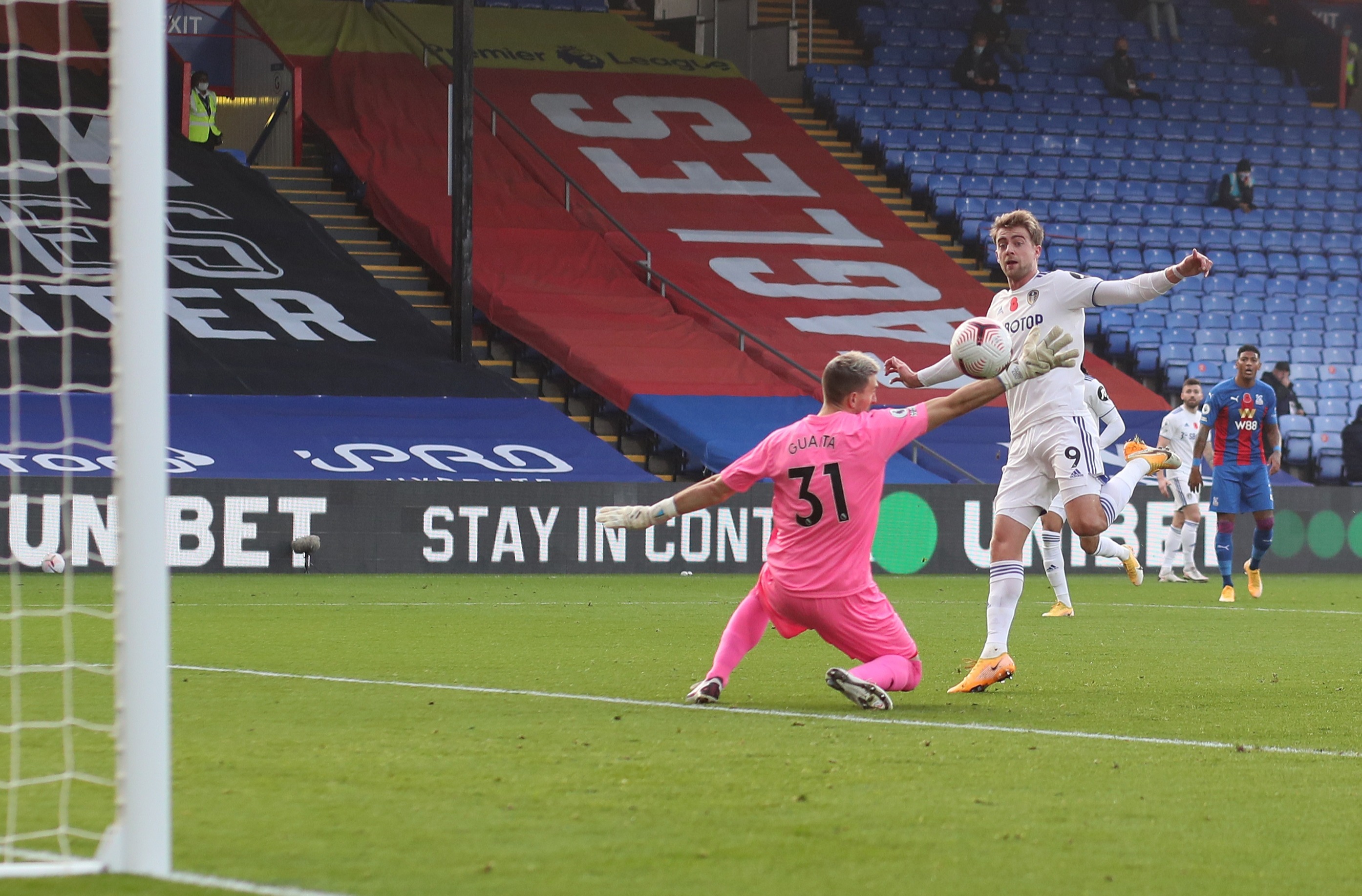 The Whites forward thought he has pulled one back for his side who trailed against Crystal Palace but Mike Dean at Stockley Park somehow chalked the goal off.

As the ball was poked through, Bamford had his arm outstretched to signal where he wanted it.

He managed to get on the end of it and dink the ball beyond Vicente Guaita but Dean was waiting in the wings to spoil the party.

VAR images show Bamford's feet and most of his body behind the deepest Palace defender as the ball was played through.

And even the VAR line – which is supposed to demonstrate the offside – appears to come from Bamford's tricep rather than a goalscoring part of the body – per the rules.

Fans and pundits alike were quick to slam Dean's absurd decision with many calling it a 'disgrace'.

Football fan Simon wrote: "Absolute utter disgrace of a decision… we say it every week now VAR is ruining the game!"

Another supporter, Marc, added: "Waste of time this at the minute. Proper turn off.

"Now his arm is offside I give up. So far away from the real game it's frightening."

SunSport's refereeing expert Mark Halsey said: "Bamford's first half goal for Leeds against Crystal Palace should not have been ruled out for offside.

"You can clearly see his feet are onside, but Stockley Park say the line was drawn from the player's armpit so is deemed offside. Absolute nonsense.

"What is it coming to? We are killing the game with decisions like this. We do not want to see goals ruled out in this nature.

"This is an entertainment sport and we need to be giving the benefit of the doubt to the attacker again.

"Fifa's Pierluigi Collina and Arsene Wenger are currently looking at this situation and it needs to change.

"When a player is half a yard or just offside, no problem. Offside is a matter of fact and we cannot be ruling out goals for a toe, heel or armpit.

"If you cannot tell by the naked eye or after the first replay, it should be onside."

Speaking on BBC 5Live, he said: "It was a perfectly timed run, Patrick Bamford does everything right, he's got the lean so his feet are far back.

"So his upper body is leaning and he's got the momentum to get in behind and he's got his hand out to signal 'put the ball there and I'll score'.

"And he's done everything right. Is it his hand that's offside?

"I don't understand that because you can't score with your hand. To have that ruled out, well, that's another one to debate."