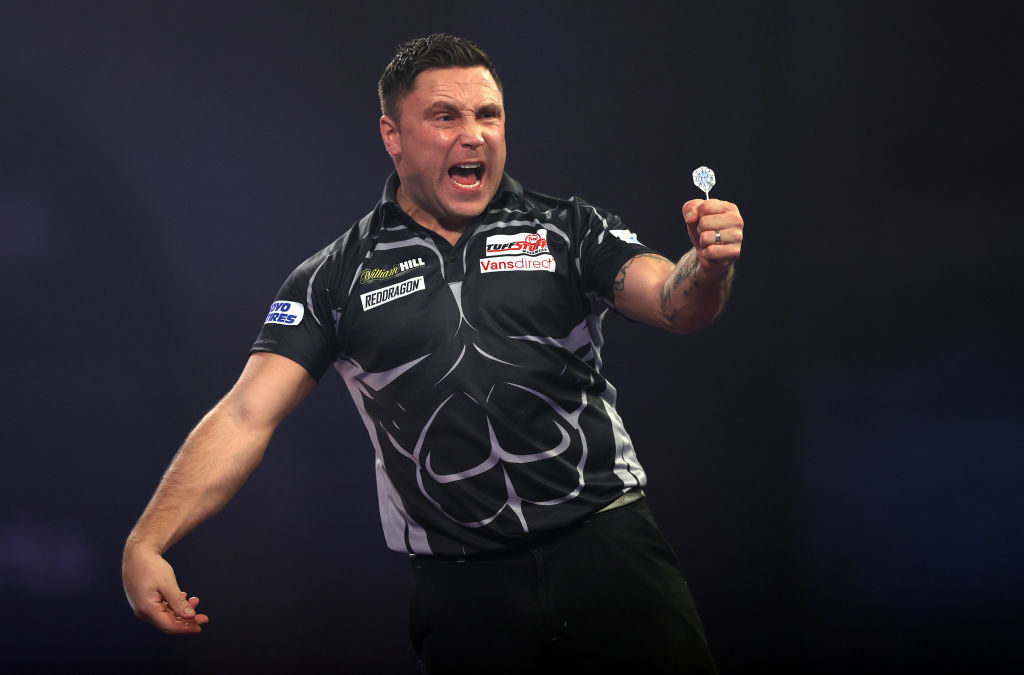 The biggest tournament in darts kicks off once again tonight when the world’s best descend on the capital to battle it out for the Sid Waddell trophy – 12 months on from when the Iceman defeated Gary Anderson in the final.

Price is among the favourites once again this year but will face tough competition from the likes of Michael van Gerwen and Peter Wright.

However, 16-time world champion Taylor is putting his money on Price, even if he has to deal with the fans booing him.

‘I’ve got to back Gezzy – he’s the man in form, he’s playing with a lot of confidence and he doesn’t look as if he fears anybody,’ he said.

‘Gerwyn’s got all the attributes and somebody will have to play well to take the title off him.”

‘He seems to be handling it all right. The crowd got on his back once or twice at the Grand Slam and he still won it.’

As for who could sneak under radar this year… Taylor believes you can’t overlook Anderson, who has won the tournament twice.

‘Gary’s getting older, his eyesight’s not the same, he has a young family and I know what he’s going through,’ said Taylor.

‘But he has a great record at Ally Pally and he always gets himself right for the big one.

‘He’s not daft, he will be ready, he will peak at the right time.

‘There are dark horses, who will be dangerous because their backs are against the wall, like Adrian Lewis and Daryl Gurney, who has slipped down the rankings.

‘But Gary slipped under the radar a bit last year and went all the way to the final. You never write him off.’