PIERRE-EMERICK AUBAMEYANG poked fun at his FA Cup drop blunder by tying the Community Shield down with a SEAT BELT.

The Gabon striker gave his Arsenal team-mates a right laugh when he dropped the FA Cup trophy after scoring in the Wembley win over Chelsea earlier this month. 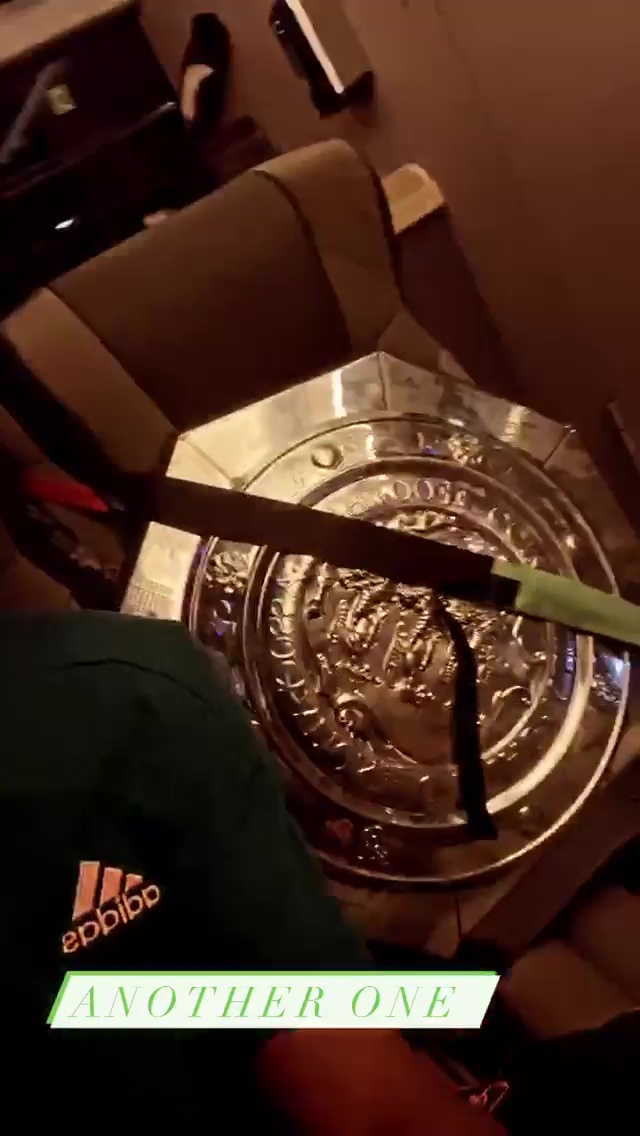 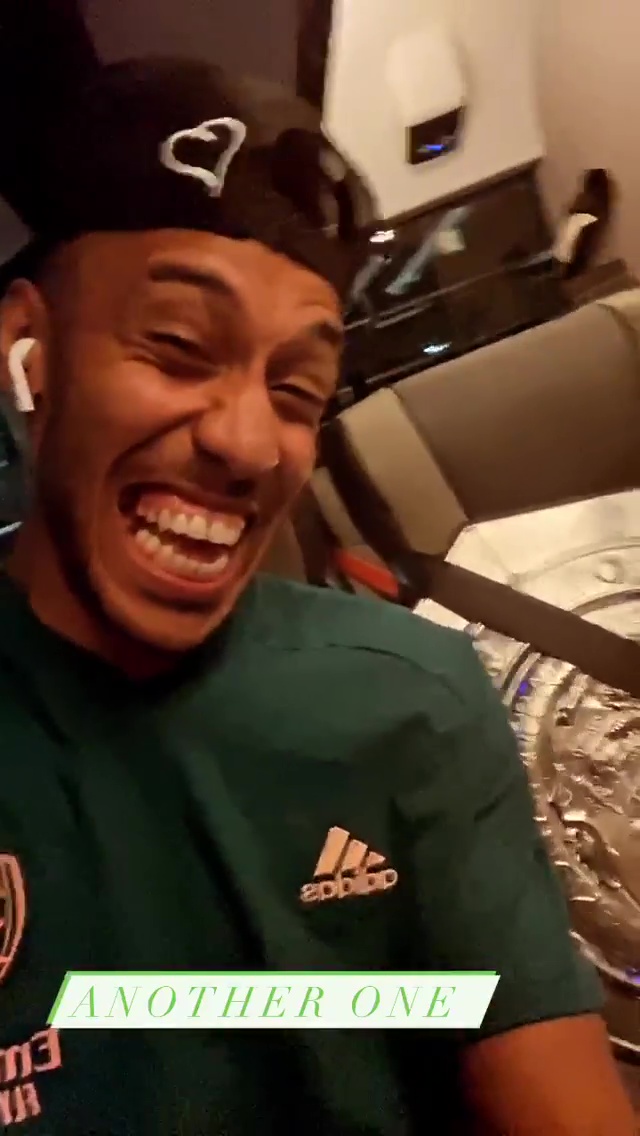 But after scoring the decisive penalty in Saturday’s Community Shield shoot-out win against Liverpool, Aubameyang took measures to ensure there would be no repeats.

Posting a video to social media, the Gunners captain showed the famous trophy strapped into a seat on the team coach with a seat belt.

Unable to contain his laughter, Aubameyang quipped: “Very important, the seat belt. Very important. Then I can’t drop it!” 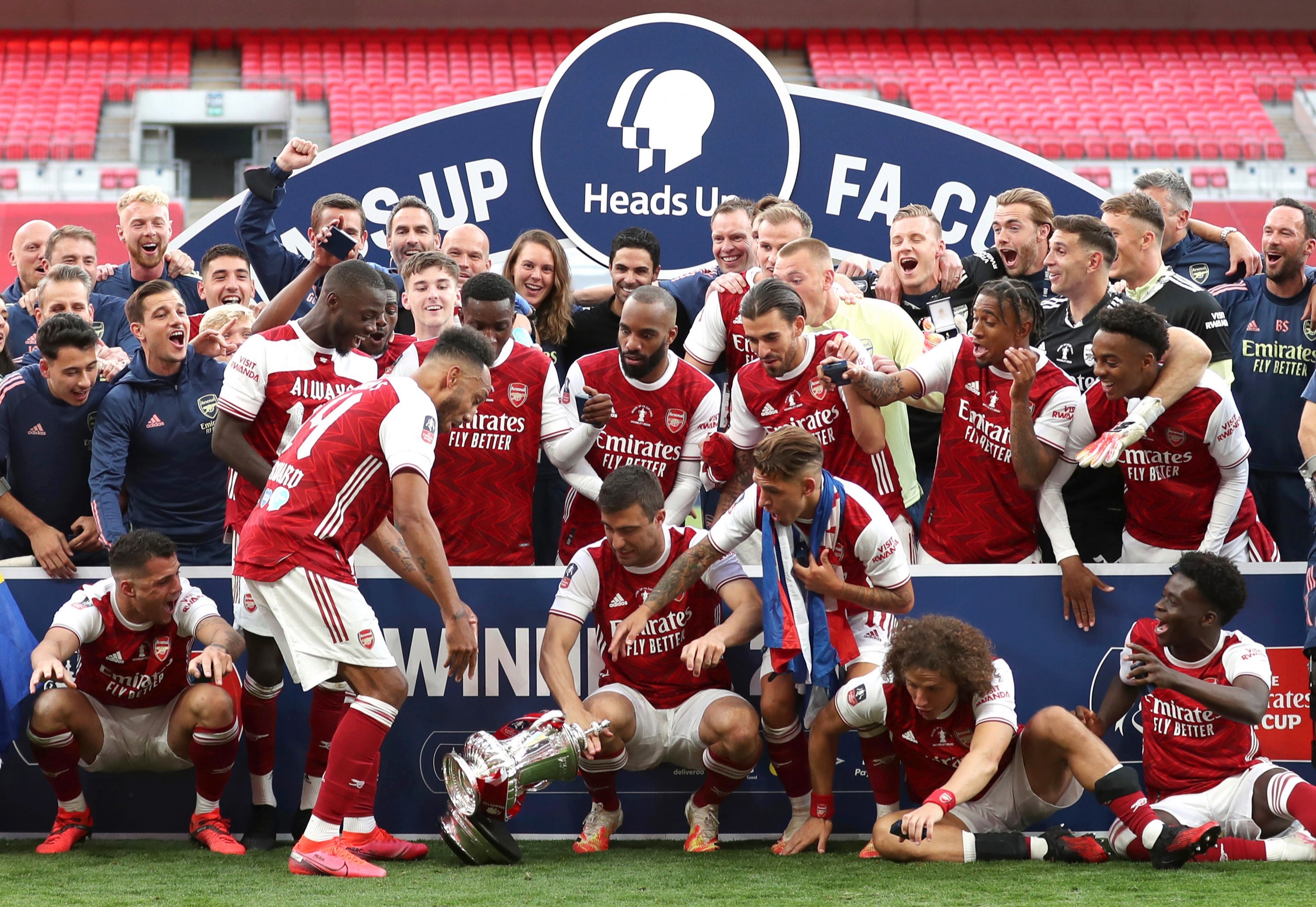 The ace deserved all the plaudits yet again at Wembley today as he scored the opener against Liverpool.

Takumi Minamino levelled to send the game to a penalty shootout.

And after Rhian Brewster fluffed his lines from the spot, Aubameyang kept his cool to fire Mikel Arteta to his second piece of silverware since taking charge at the Emirates.

Meanwhile, the forward is expected to pen a new three-year contract worth £250,000-a-week.

But Aubameyang kept tight-lipped at the final whistle when asked about his long-term Arsenal future.

He said: “We’re going to see these coming days. Today we get the trophy and that’s it.

“We are improving. There is still work to do but I’m really happy and it’s an exciting time to be an Arsenal player.”

Celebrities
Embed from Getty Images We’ve talked before about the New York Times’ Pulitzer-Prize-winning work, The 1619 Project. The 1619 Project...
Lifestyle
The Daily Star's FREE newsletter is spectacular! Sign up today for the best stories straight to your inbox Trying to...
TV & Movies
KHEERAT Panesar leaves Mitch and Karen reeling next week in EastEnders when he suggests that Gray Atkins killed Chantelle.  Here’s...
World News
RTD has spent the better part of a decade launching new train lines across the metro area as the sprawling...
Beauty
Get the deep discounts at the end of the summer season on a new swimsuit or two by shopping swimwear deals...
Fashion
Season 7, Episode 12 RuPaul served flamenco dancer emoji REALNESS during season 7's final judging panel. With her signature golden...
Recent Posts
We and our partners use cookies on this site to improve our service, perform analytics, personalize advertising, measure advertising performance, and remember website preferences.Ok