The man in his fifties placed the bet at the Coral on Breck Road in Liverpool and said he would invest most of the winnings but would also 'celebrate in style'. 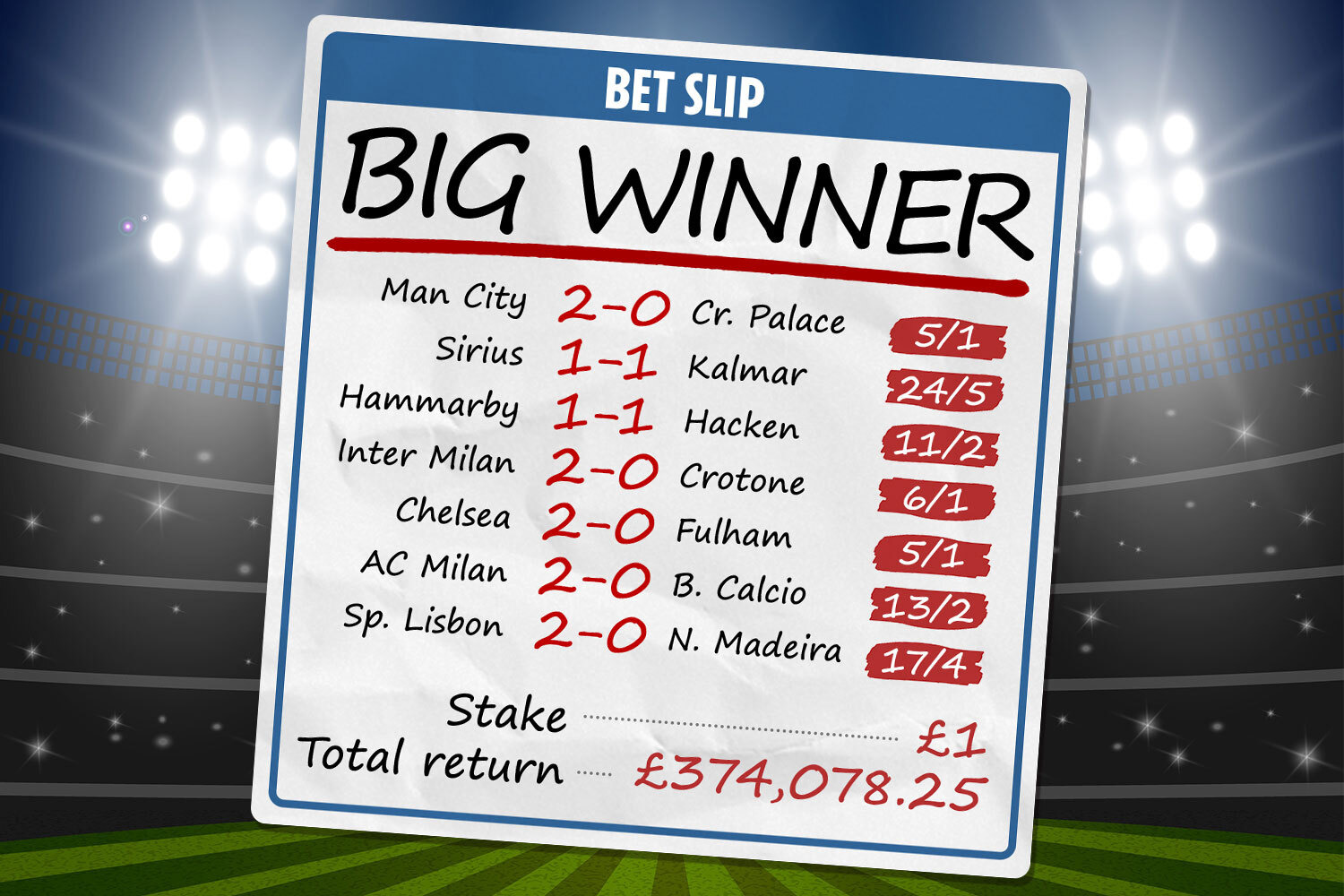 And he couldn’t believe his luck as all SEVEN score predictions came in.

He needed a 92nd minute penalty during Sporting Lisbon’s win over Nacional Madeira and Achraf Hakimi to score in the same minute for Inter Milan as they beat Benevento.

The man even needed to check with the shop that his bet was a win after struggling to keep up with the games across Europe.

He said: “After the first two results came in and I realised the bet was still alive, I began to follow the other matches, and it wasn’t easy following the results from around Europe, especially as each one became a winner, I got more and more nervous.

“There were late goals in a couple of the games, which only added to the nerves, and when the seventh result came in, I couldn’t believe it, and even when I checked with the staff in the shop and they confirmed it was a winning bet, I had to pinch myself!

“I didn’t get much sleep for a couple of nights, and even now it’s only just sinking in.

“This is a life changing amount, and while we’ll be investing lots of it, we’ll also celebrate in style.

“I do follow the football around Europe, and I like to place a £1 bet on the football most weekends, sometimes it’s just a double or treble, but last weekend for some reason these seven matches all caught my eye, but I could never have imagined winning so much money, this really is my bet of a lifetime.

For Coral, spokesman John Hill added: “This is one of the most extraordinary winning accumulators you are ever likely to see.

“The plucky punter from Liverpool has gone across Europe to find seven correct scores and has been rewarded with a huge pay-out for just a £1 stake.

“What makes this accumulator even more incredible is that Inter Milan and Sporting Lisbon have both scored late into stoppage time in their respective matches to keep the bet alive.

"It must have been a rollercoaster ride for the punter over the weekend.”