The Austrian, ranked fourth in the world, was talking to German journalists about his third-round victory over Uruguayan Pablo Cuevas, the conqueror of Britain’s Kyle Edmund. 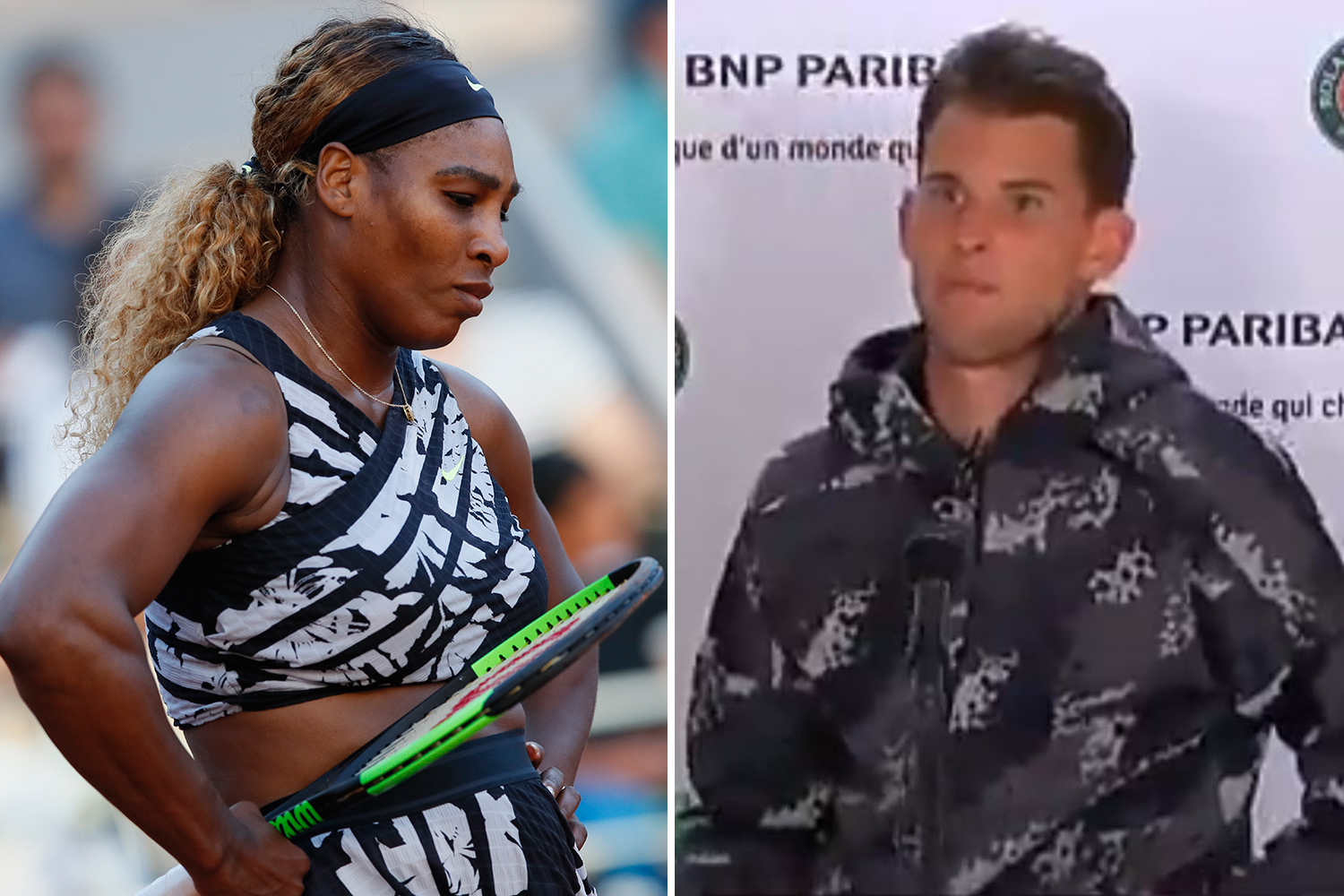 Williams, never the most patient individual when she loses, came straight into the underground press centre at Roland Garros and demanded to see the world’s media straightaway.

Told that Thiem was already in the main room speaking, Williams enquired if she could conduct her post-match conference in the smaller adjacent room.

Understandably, she was told it would be too small to accommodate all the journalists expected to listen to her reasons for losing – and her quickest Slam exit for almost five years.

It is not then known if the French Open chiefs or the Women’s Tennis Association (WTA) made the decision to end abruptly Thiem’s conversation with reporters or if Williams had threatened to walk out if she was made to wait any longer.

But once Thiem found out he would have to vacate his chair early for the American, he was not happy.

He was moved to the smaller room and did not hang around much.

The 25-year-old said: “I don’t really get it, seriously. I mean, what the hell? No, but it’s a joke, really…I have to leave the room because she’s coming?

“I leave also then. I’m not standing around. I can also do what I want.”

She has not won a major since returning to the sport after having her first child, daughter Alexis Olympia, in September 2017.

The 37-year-old says she will look to take up a wildcard selection on grass this summer in an attempt to boost her chances of winning Wimbledon for an eighth time.

For the latest Roland Garros prices, check out Betway Tennis.